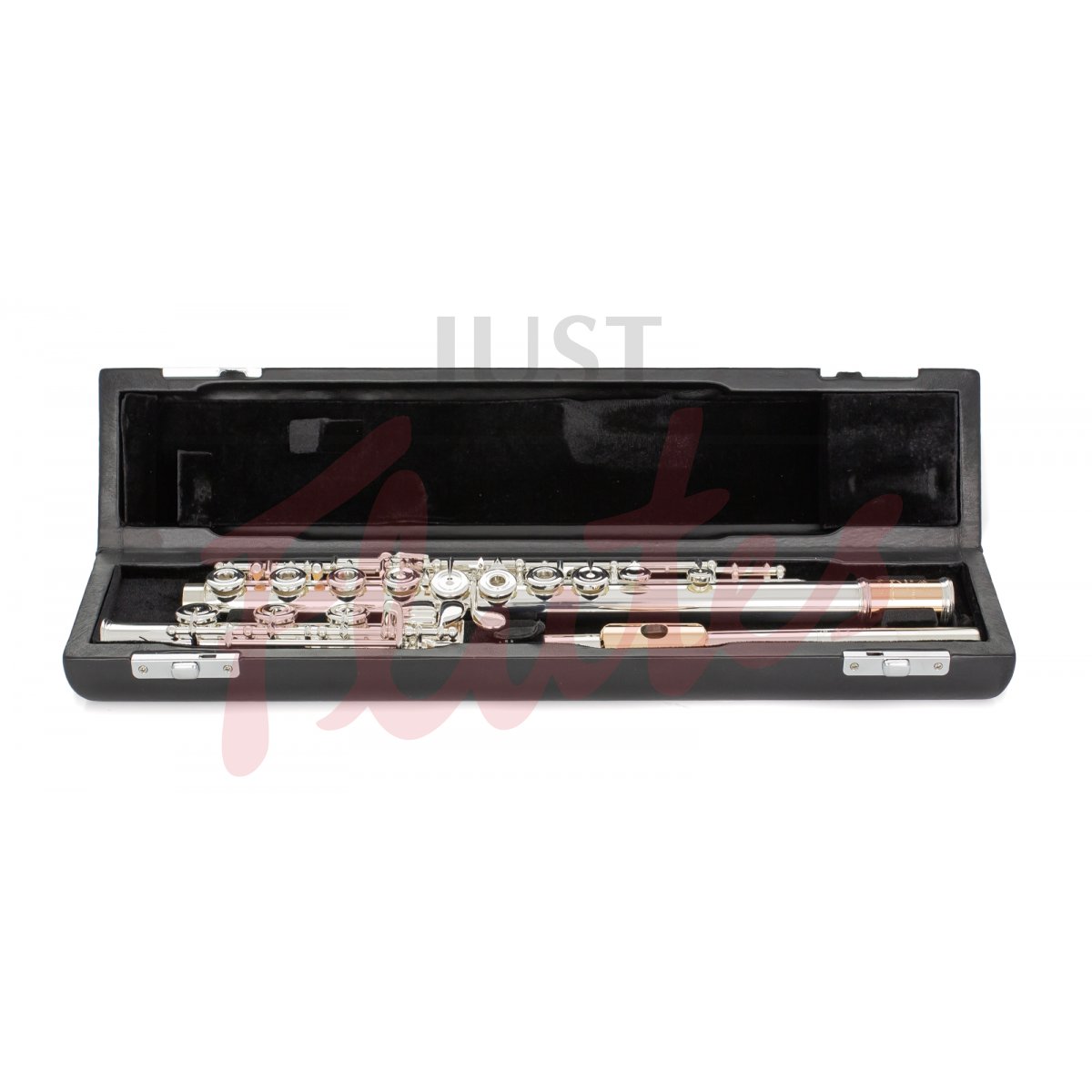 This distinctive-looking flute possesses many of the tonal qualities of the PF-705 model with the addition of a 9k Aurumite barrel and upgraded Straubinger Phoenix pads. This makes for a flute with clean articulation, fast response and some of the tonal elements of a gold flute. The keywork is light and responsive thanks to the white gold springs, and of course, it looks stunning too!