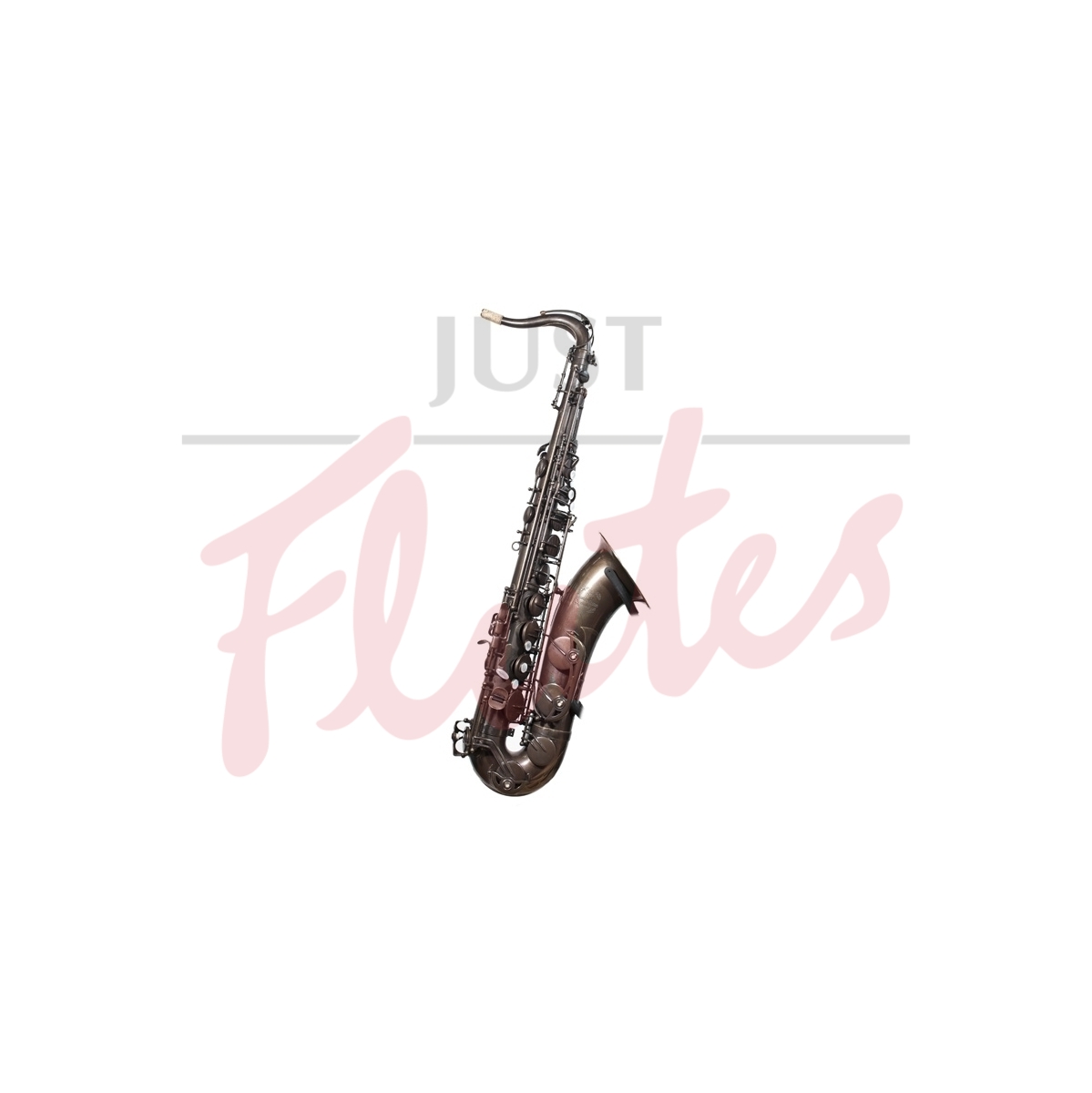 The new Raw Sax features an enlarged bell which enhances the power and low octave stabillity of the instrument. Built using the best quality brass alloy and then minimising polishing and interference to the material. The unlacquered finish gives the instrument a vibrant response with huge colour and tonal range options. It is left unlacquered so that the colour will further fade with oxidisation and the sound is influenced by the 'Raw' metal and not by any lacquer or finish.

"What makes this horn rather different from its predecessors (and a great many other horns on the market) is the way in which it's been developed. Rather than come up with a design and put it into production, the SC Raw been through a number of prototype stages - with each version being thrown out into the marketplace for review, criticism and feedback. I should know - they threw one at me!

To be honest it's not all that unusual for manufacturer's to do this - review samples are often sent out for appraisal, but in most cases all the manufacturer really wants to know is whether it wrks or not. In other words it's a thinly-veiled rubber-stamping operation. Trevor James' approach differed in that they acted upon the comments fed back to them - from tech, players and dealers - in an effort to improve the product and they have!!"....

...The TJ team were looking for a horn that would break them into the pro market. They've found it, and in so doing have rewritten the shortlist. It's not just a good horn - and for the price you'd have to be utterly, utterly insane not to try one before buying anything else!"