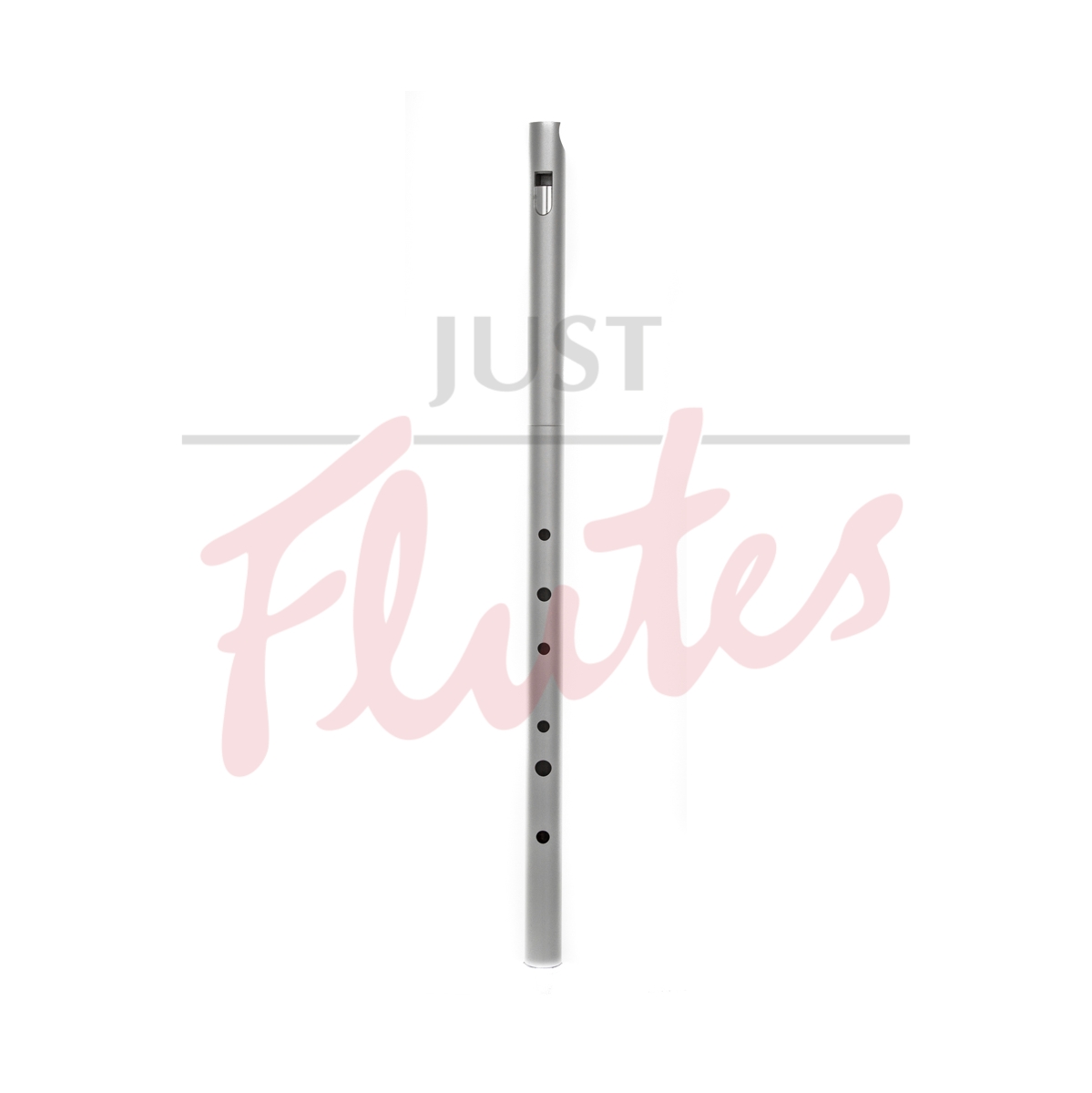 First launched in 2003, the MK Pro has become a firm favourite with musicians around the world. Its tone, playability and appearance have set it apart from the crowd. Avoiding corner-cutting processes like moulding, casting or pressing, it's just down to superb craftsmanship and a design which offers the best possible combination of characteristics: tone, timbre, back pressure, air requirement, tuning, ergonomics, reliability (no blocking) and general feel. We offer a full guarantee but very rarely if ever get a whistle returned.

An aluminium two-piece whistle which is tunable to allow for fine-tuning due to temperature changes or to tune to other instruments. The instrument can also be separated to be stowed in a bag or case. The tuning slide is made of metal (brass) like other high quality woodwinds (saxophone, flute etc) rather than cheaper plastic, pvc or rubber which dampens the resonance of the instrument. Models from 2016 onwards feature a seize resistant tuning slide, which if maintained with tuning slide grease will work for many years. The toneholes are positioned for optimal tuning & intonation and the mouthpieces are cut on swiss precision lathes, rather than cast or bent into shape, allowing for excellent consistency from whistle to whistle. The aluminium is anodised to both protect the aluminium and create a sealed barrier between the bare aluminium and the player. The Pro D is the original MK whistle from which all others have been based and came into existence in a workshop in the Highlands of Scotland by the famous Loch Ness.

The MK Low D Whistle has become arguably the most highly regarded Low D whistle in the world. Its reputation for tone and playability, built on superb craftsmanship, has earned MK a loyal following of satisfied customers. Time and time again customers get back in touch after receiving their MK Low D to say they just can’t stop playing it!

It was in fact designed in a shed overlooking the infamous Loch Ness. As work on its design took place by working through the night, the very first MK low Ds didn’t work during the day at all.  Fortunately that problem’s been sorted out, and the Mk Low D has gone from strength to strength, and developed an enviable reputation for tone and playability built on superb craftsmanship.