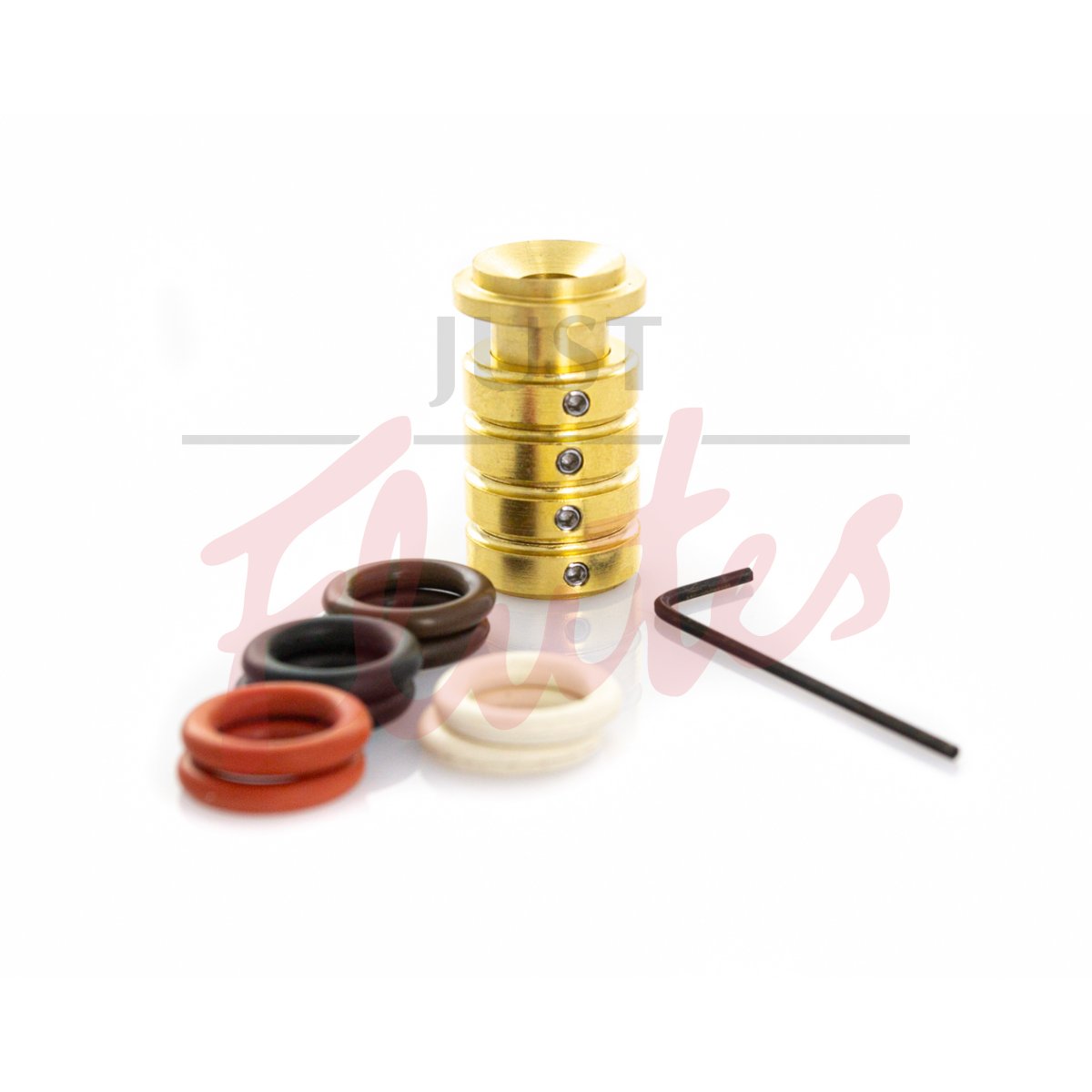 Feel the beauty of its sound, the emotion of its rhythmic sense and the satisfaction of playing a phrase sung with the use of Celestine. Transform your flute to make it sound like a new expensive flute, without spending thousands on headjoint or expensive gold flute of famous brands. By eliminating the cork; you eliminate the drag of your flute. It is highly recommended for all types of flute, including gold flutes.

Continue to use the cork in the 21st century is like having a gorgeous mansion with old-fashioned and outdated furniture.

It's time to uncork your flute and go beyond with a new technology system!

Benefits of the Flute Rexonator:

"For the last year I’ve had no cork in my flute headjoint!!! Although I’ve kept it a little quiet because some flute players thought I was crazy when I told them. But now it’s time to let the world know that I’m corkless. Roberto Feliciano Rolon invented a metal stopper that replaces the traditional cork. He calls this the “Celestine Rexonator”. Last August he asked me to try it and fitted it to my headjoint and immediately I realised this was the future. Everything about my flute improved. EVERYTHING. It’s time to get rid of the corks in my other flutes too. It’s amazing that as musicians we are often playing on technology that was invented a few hundred years ago without any thought that perhaps it might be outdated. Thank you Roberto!!! You’re a genius.

Yeah you can def feel a difference in weight. And it’s headjoint end heavy which is quite weird at first. But took me about a day to get used to it and now I pick up other flutes and think they always seem too light. You adjust so quickly honestly. There are a few positions can have it in depending on what you want. Some people want darker sound. There is position for that. I wanted more sparkle and brilliance. And it absolutely gave me that. And much crisper articulation. And projection. I had it fitted at the NFA convention last august the day before my recital there. Which I guess was risky. But two friends came up to me after the recital asking if I had a new flute. I’ve had quite a few friends order them since hearing what it did to my flute. Seriously amazing!" Stephen Clark, Flutist

Uncork your flute with the Celestine Flute Rexonator! Cork has 15 times more contact area than the Rexonator O-ring, which causes the sound to be absorbed and suppressed. Cork also degrades and must be replaced, whilst the Celestine Flute Rexonator is brass which maintains its quality and does not need to be replaced; no more annual cork replacement! The universal fit means it can fit any headjoint, with the adjustable counterweight affecting the weight and balance of the flute whilst improving articulation, response, resonance and projection. The o-ring seal has minimum contact with the headjoint, which leaves an open acoustic space near the crown. The performance and response will remain stable forever, and articulation is stabilised making it difficult to crack a note.