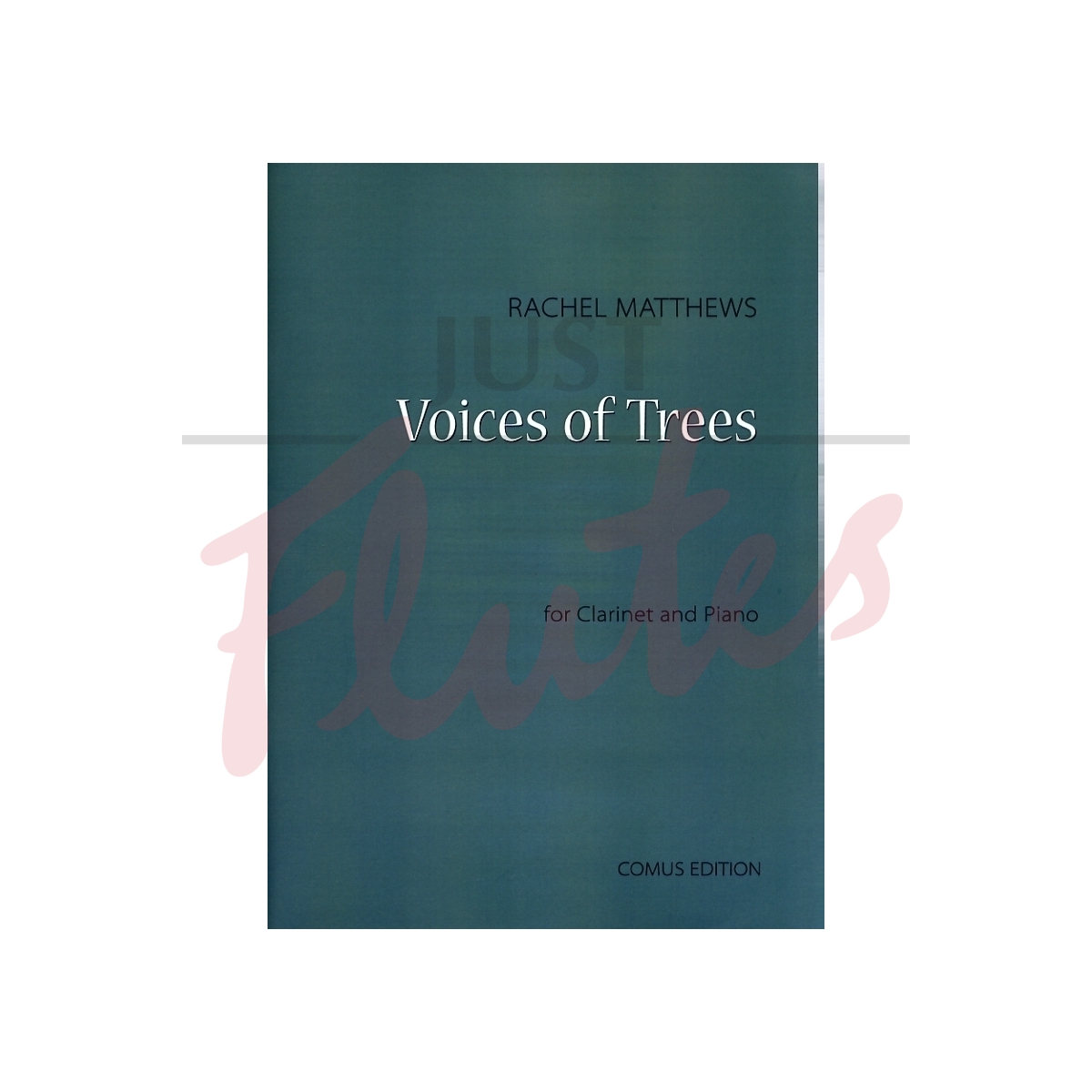 Voices of Trees was written in 2006 at the request of American clarinetist Florie Rothenberg, who premiered the work. As I began to imagine the piece, I remembered a comment I heard in my youth, to the effect that the sound of the clarinet was like "the sound of a tree singing". This description has always rung true for me, suggestive as it is of the natural, lyrical, bel canto qualities of this marvelously resonating chunk of wood - and it is these qualities of the instrument that were my inspiration for this piece.

The actual titles (for the piece as a whole and the individual movements) came after the fact. They are not intended to be taken too literally, although they do point towards the sort of pre-verbal ideas from which the music sprang. The first movement, as its title suggest, grows from a wind-through-the-leaves sound world, out of which the pure, direct sound of the clarinet gradually emerges. The exhortation 'Listen...' of the title suggests an orientation of still alertness and openness of what may unfold. The second movement (built around an octatonic scale, over a radically slowed-down version of the G/A piano trills from the first movement) evokes the intense energy and activity, for the most part unseen by us, wihtin and around the (seemingly static) tree. The final movement addresses the trees in relation to human activity, and attempts a sort of laying-bare of the truth: it speaks to the collective life of trees that were here before us, have seen all, and will bear silent witness until the end.