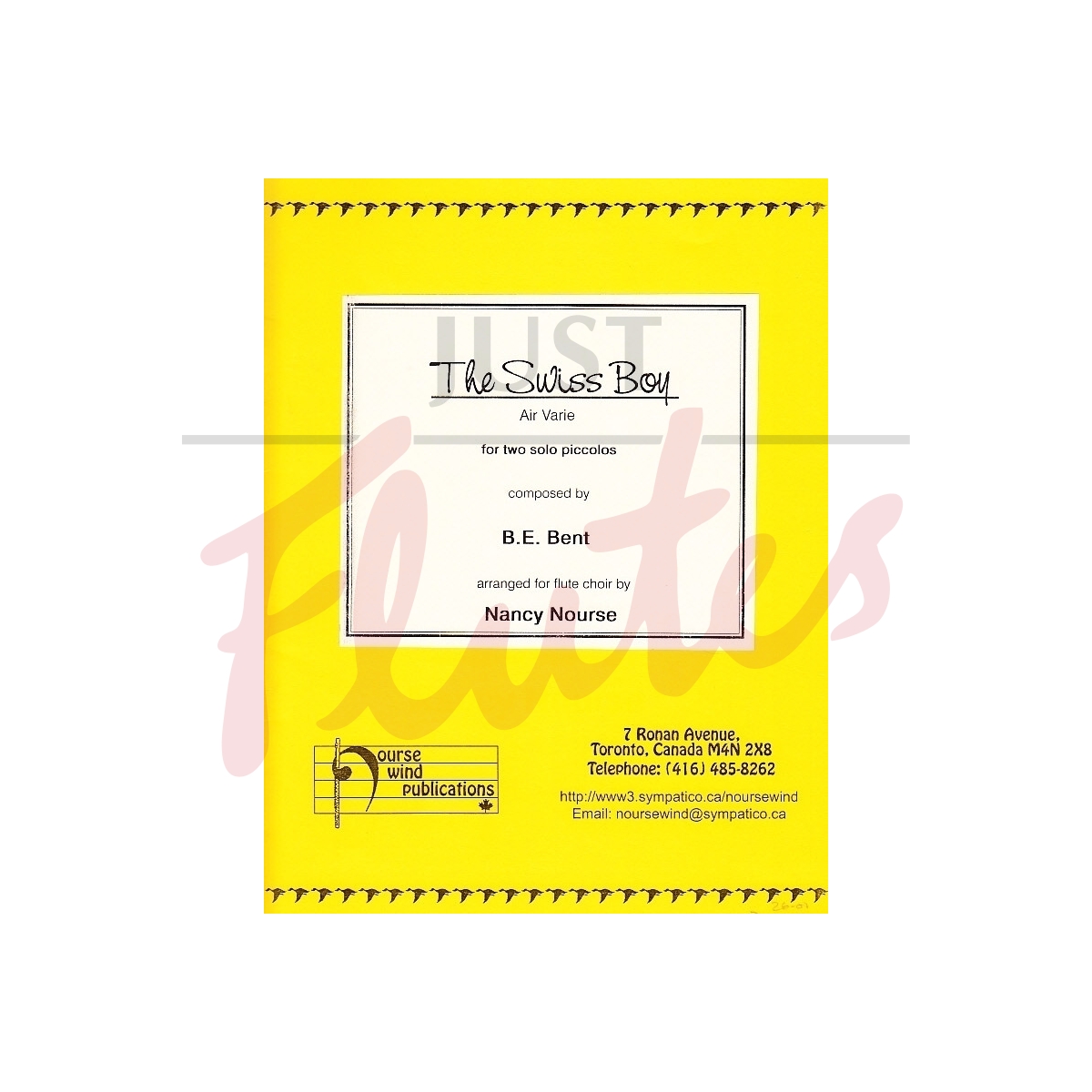 The Swiss Boy belongs to the vast repertoire of solo feature music of the nineteenth century concert-in-the-park bands. Before the days of electronic amplification, soloists had to be selected from amongst those instruments that were able to project their sound above the accompanying ensemble and beyond the bandstand to their audiences. Whereas the cornet was the undisputed first choice, the piccolo frequently claimed its solo position out in front.

Honorable Mention at the Finals in the National Flute Association 2000 Newly-Published Music Competition.