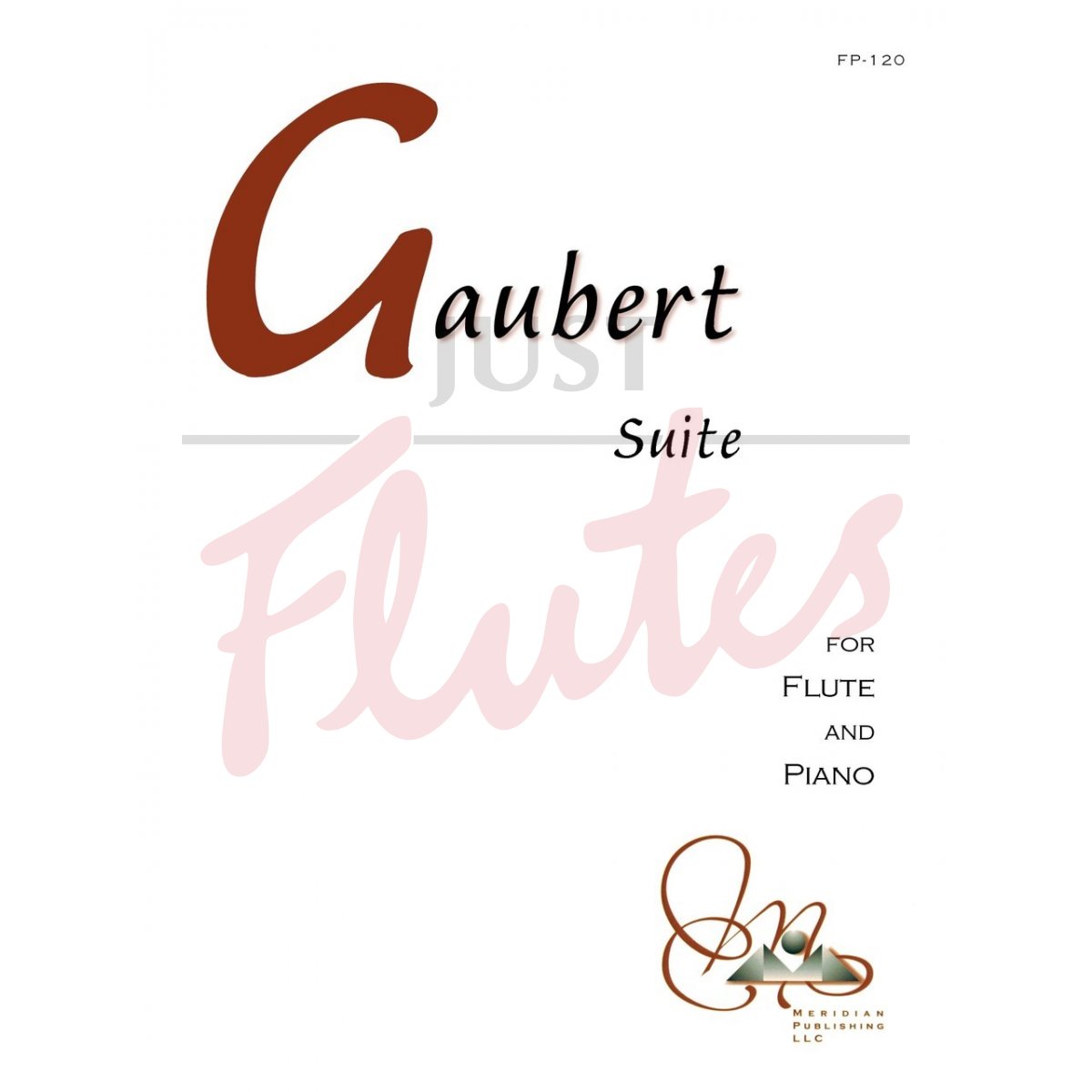 Suite for Flute and Piano

This edition of Philippe Gaubert's Suite for Flute and Piano is not simply a re-print of the original 1922 Paris edition. Rather, the piece has been elegantly re-engraved, maintaining the original content, while including corrections and edits of the errors from the original edition. The Suite is in four movements (Invocations; Berceuse Orientale; Barcarolle; Scherzo-Valse), and each movement is dedicated to a master flutist of the time. Jan Gippo speculates that this suite, being only moderately difficult, was overlooked at the time it was composed, because it did not require the same great virtuosity as other popular works at the time. Mostly forgotten for the remainder of the century, it is hoped that this new engraving and edition will shed some light on what is a lovely French classic.