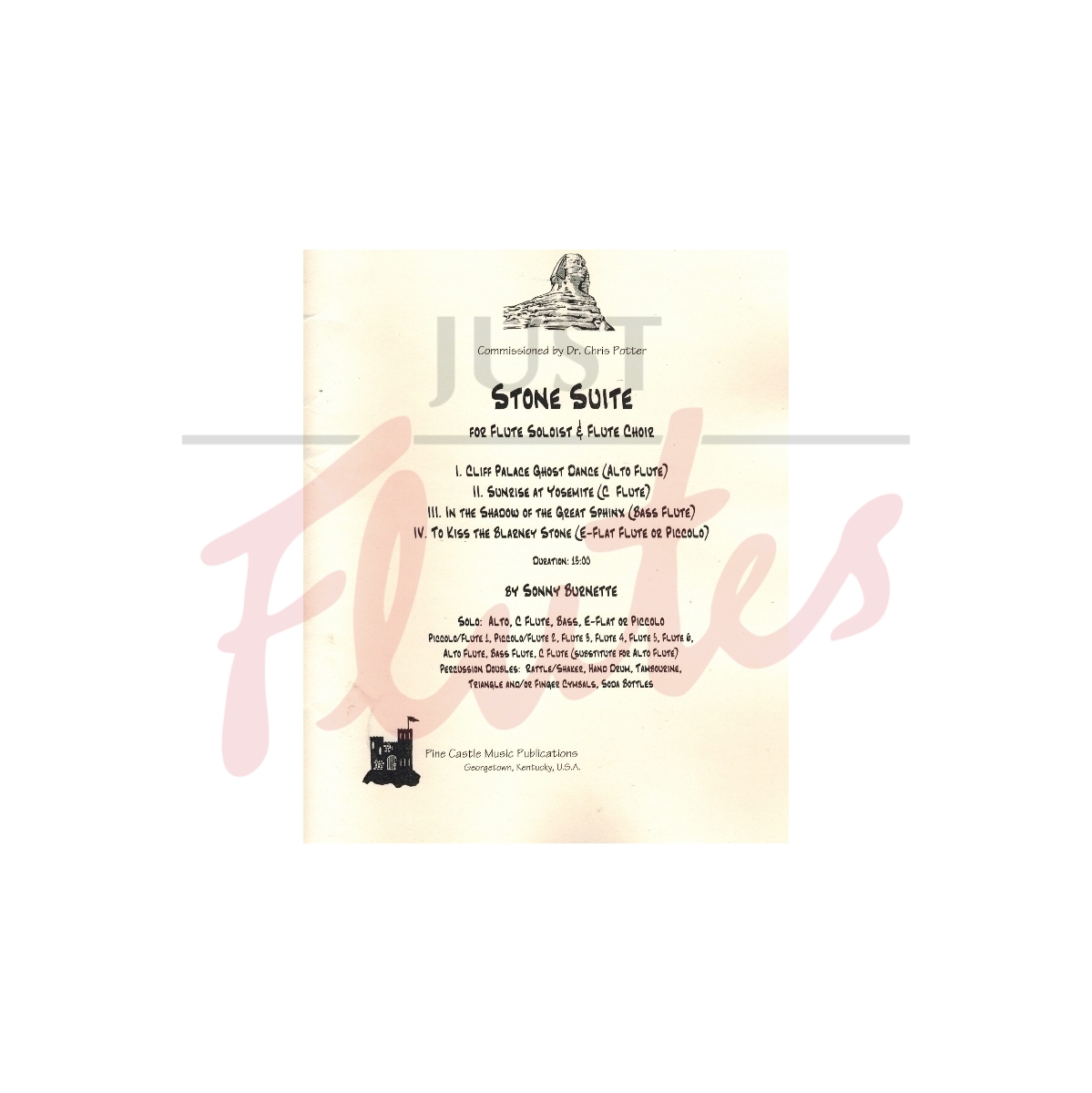 The "Stone Suite" by Sonny Burnette is a four movement work for solo flute and flute choir, commissioned by Dr. Chris Potter, in which the soloist is to perform on a different flute for each movement. The first movement, Cliff Palace Ghost Dance (Solo Alto Flute), is inspired by the Cliff Palace in Mesa Verde National Park, located in southwest Colorado. The use of drums and rattles, as well as vocalizations based on Native American texts, is meant to capture the spirit of this ghost dance, which was performed in order to bring the buffalo back to life. Further west, the an early morning panorama at Yosemite National Park is depicted in the second movement, Sunrise at Yosemite (Solo C Flute). This movement features rich harmonies and a solo line floating above the accompaniment like a cloud.

In the Shadow of the Great Sphinx (Solo Bass Flute), the third movement, opens with a pensive theme utilizing an Egyptian mode, which leads way to a festive dance. The mood is augmented by the use of tambourine, drum, and finger cymbals. The final movement, To Kiss the Blarney Stone (Solo Piccolo or E-flat Flute) consists of a lively jig, depicting the legend of the Blarney Stone in Ireland. According to legend, anyone who kisses the stone in the tower of the castle will receive the gift of clever, flattering, and convincing speech.