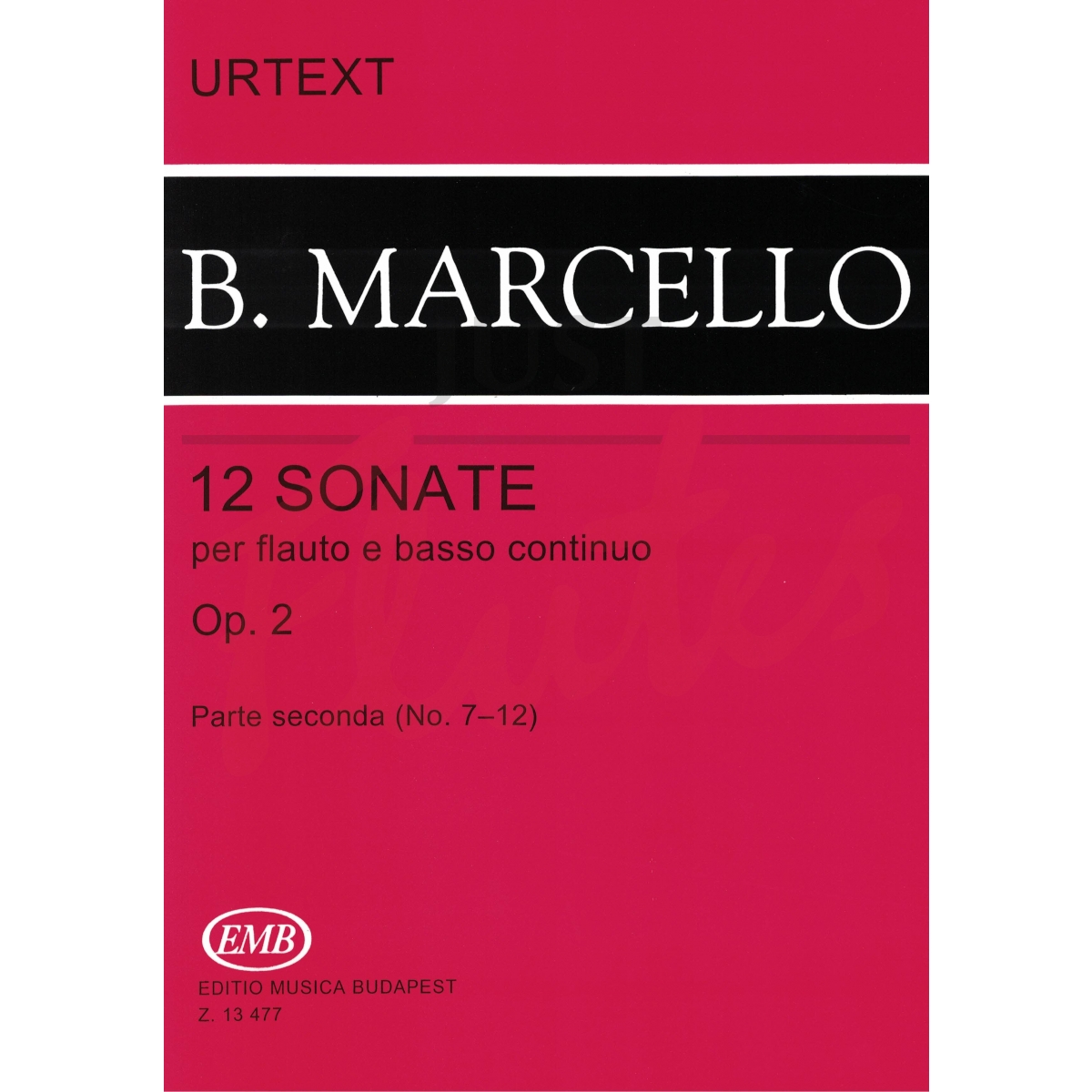 Benedetto Marcello (1686-1739) published his flute sonatas Op. 2 in 1712 in Venice. This was the first printed sheet music in italy to prescribe explicity and exclusively the use of tfe flauto. Marcello may have modelled his work on the sonata-cycle op. 5 by Corelli, which appeared in 1700. In this cycle Corelli summed up the possibilities of violin technique and the related compositional technique of his age. For his part, Marcello did the same for flautists. The flute sonatas soon became popular and have remained so ever since: three different editions have survived from the 18th century. This volume, along with Volume 1, were produced by collating the three 18th-century sources.