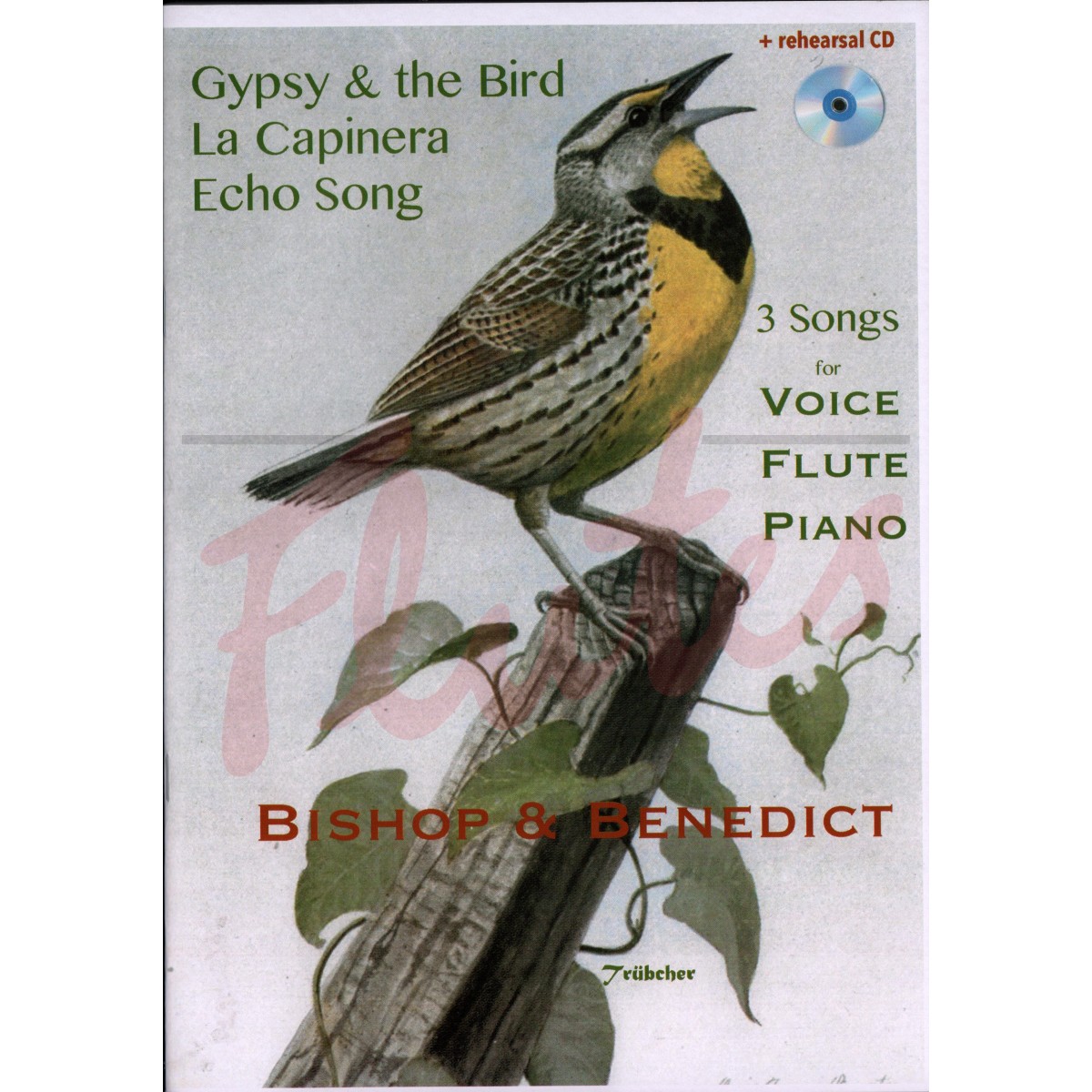 The Bird that came in Spring is known variously by this title and as The Wren or La Capinera. Originally published in 1866 in the lower key of D major as The Bird that came in Spring with words by F. Enoch, it was subsequently republished with the same title in F major. Further editions of this song appeared later in 1881 as The Wren with English words by F.W. Rosier and as La Capinera with Italian words by Francesco Rizzelli. More editions of The Wren were made in the c.20th with texts ascribed to W. Hirsch [1936], Howard Johnson [1939] and Phillis Harding [1949] . For this edition, I have used the 1874 edition with the original words by F. Enoch and added to it the Italian words that are so commonly sung. The Gipsy and the Bird was published in 1878 with the flute obligato ascribed to the flautist Mr. Henry Nicholson. The celebrated Echo Song was originally part of an opera in two acts entitled Brother & Sister, the result of a collaboration between William Reeve and Sir Henry Bishop
Roz Trubger 2017