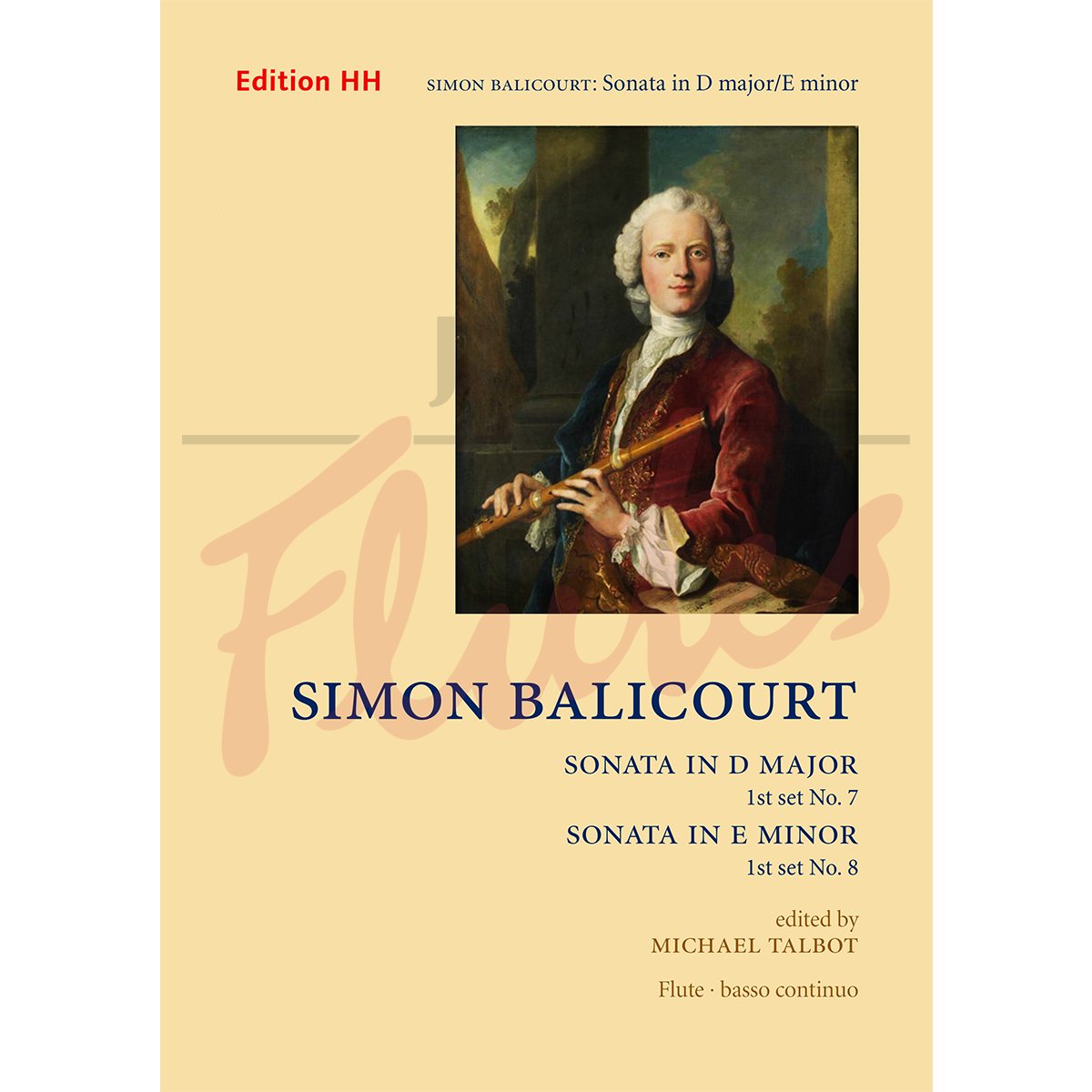 In Sonata 7, in D major, Balicourt opens with a suave, intricately rhythmic Adagio. The following Presto, with its delightful interplay between flute and bass, including both octave doubling and stretto imitation, is the most skittish movement to emerge from the composer's pen. The finale is a "sandwich" movement, in which a Minuetto encloses a duple-metre Cantabile in D minor. Although the minuet could be said to exemplify one of those "easy" movements referred to in Balicourt's prospectus for subscribers, its complex, prescribed ornamentation requires sensitive handling. Sonata 8, in E minor, is strategically placed as the final work in the set, being one of the longest as well as the most conservative; adopting the traditional four-movement configuration, it continually harks back to the grand Handelian style. An eloquent Andante ushers in a Presto containing many, slightly academic, contrapuntal touches and much chromaticism. The subsequent Largo is only five bars long: its plain melodic line in minims and crotchets is the skeleton around which the flautist is expected to weave an elaborate embroidery. For the finale Balicourt introduces, in effect, a new version, in triple metre, of the second movement. The fact that all four movements are in E minor heightens the sense of unity, which is expressed very concretely through their sharing of some thematic material.