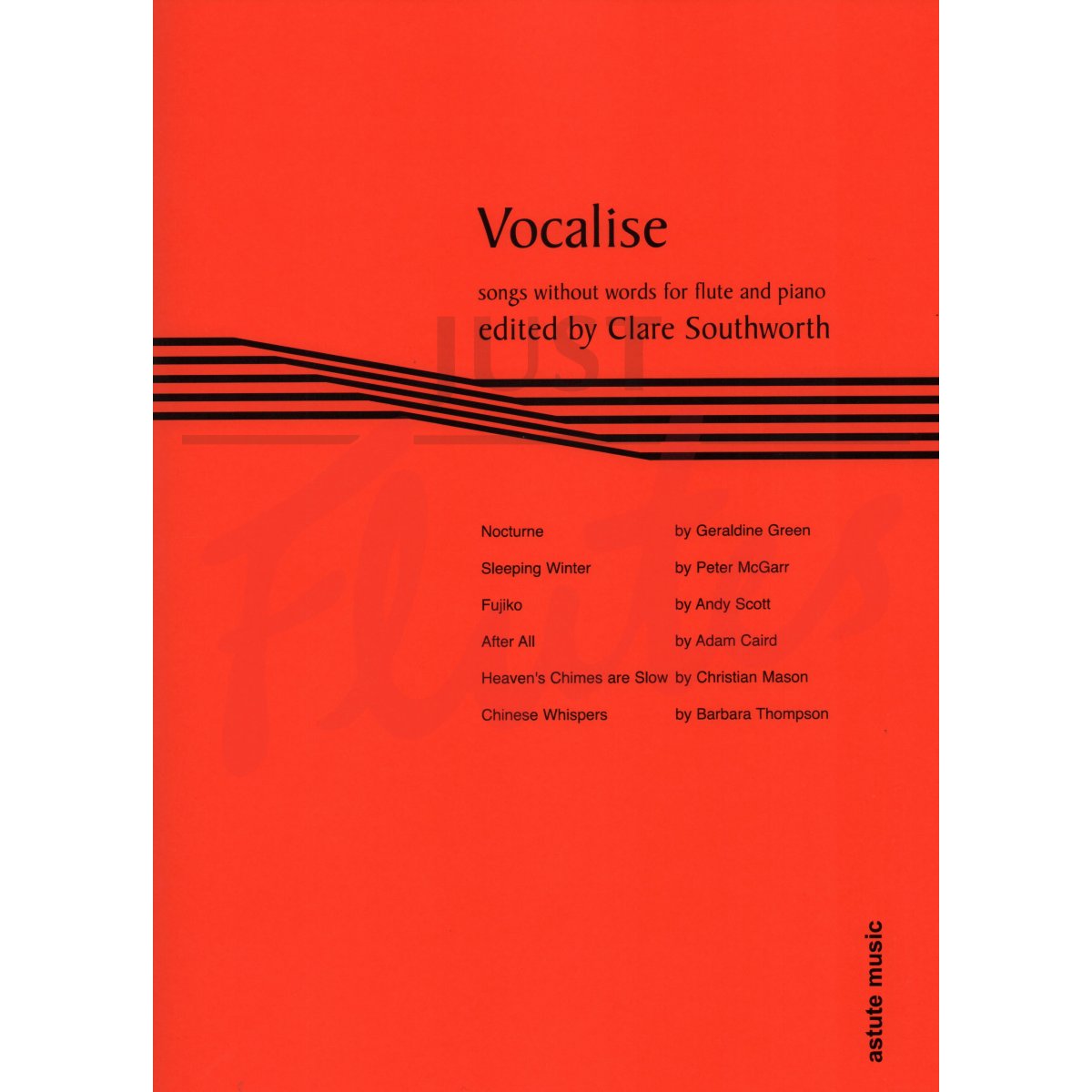 Vocalise: Songs Without Words for Flute and Piano

"Vocalise is an exercise for voice without words and encourages the performer to concentrate on their tone production and musical phrasing, using vowel sounds, without the distraction of words.

"At the beginning of the 20th century, a professor of singing at the Paris Conservatoire, A.L. Hettich, began commissioning Vocalise Etudes for use in his vocal classes. Hettich wanted to provide contemporary music as a practice aid to tonal development, to help his students understand the increasingly complex use of harmony being written at this time. He only invited tonal works and not atonal. The collection that was published grew into ten volumes and featured some of the most influential composers of the early 20th century: Poulenc, Faure, Ravel, Nelson, Copland, Roussel, Ibert, Honneger and Villa-Lobos.

"This incredible collection was the inspiration behind my Vocalise edition. My invitation to the composers was to write a Vocalise for flute and piano to help develop flute tonal production and musical awareness in the “modern” style of today. I did not restrict any style of writing, letting each composer show their own individual style and character. It is an eclectic mix of styles and ideas, creating challenges musically and technically and I am immensely grateful of the amount of work involved by the composers published here.

"Release your powers of imagination to open up the possibilities of expressive communication. Explore the range and diversity of the four important components of sound: tone, dynamic, vibrato and emotion, and the different dimensions of tempo and articulation.These are songs without words, so sing through your flute and enjoy them."