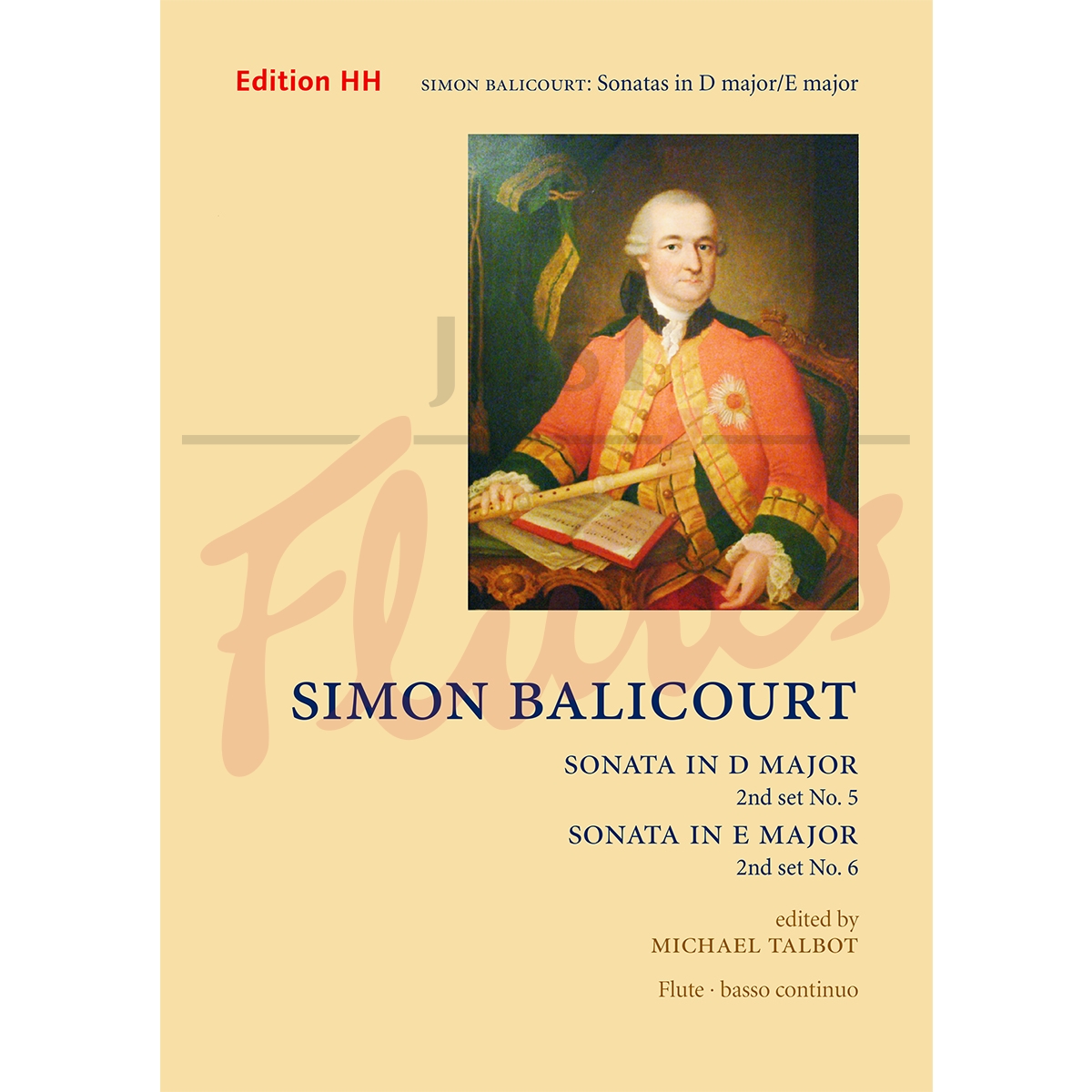 The Andante opening Sonata No. 5 in D major, with its delicately chiselled, ever-changing rhythms in the flute line, exemplifies to perfection the galant style. The subsequent light-footed Allegro assai looks back to Quantz and even to Vivaldi. The piece concludes with one of Balicourt’s most original movements in terms of structure: a Grazioso ‘core’ in D minor is flanked by two Presto sections, the second of which starts as a seeming da capo of the first but quickly, and quite unexpectedly, diverges; the throwaway staccato ending is a real audience-pleaser.

Sonata 6, in E major opens with a lyrical Andante that almost breathes the air of the Classical style. The second movement, in contrast, is a typically baroque Siciliana, moving to E minor and displaying a rich harmonic palette. The finale is a rondeau varié in which both repeats of the refrain are ornamented in different ways. As Balicourt’s description, Alla Polonese, conveys, the rhythm is that of a polonaise, a stately but slightly exotic dance that had become popular throughout Europe after the electors of Saxony, starting with Friedrich August I, assumed the Polish crown.