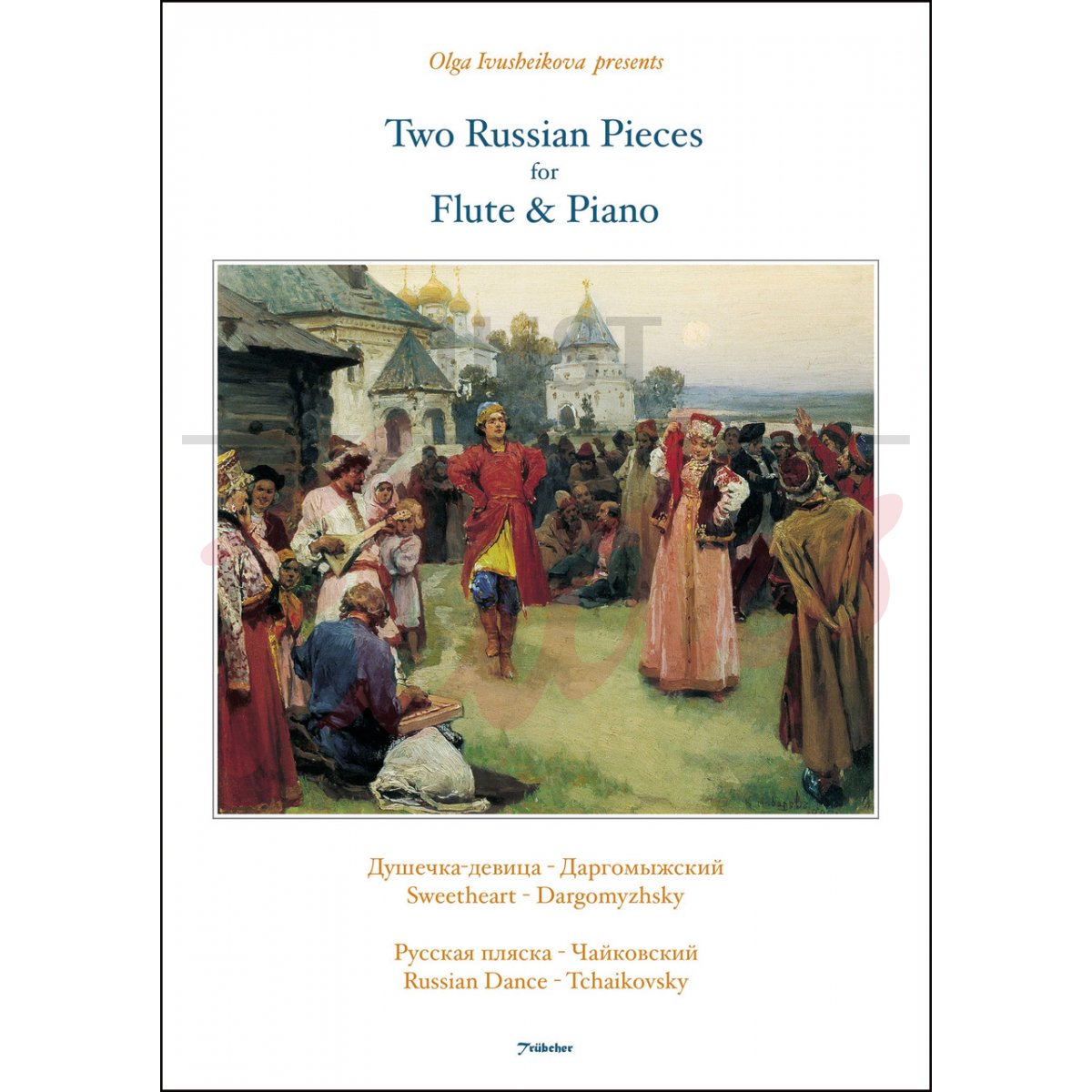 Chris Hankin Just Flutes staff member - chrish@justflutes.com
This is a pairing of two very different pieces originally by Tchaikovsky. 'Sweetheart' is spirited with a robust theme followed by two elegant variations, a short cadenza and even shorter coda. It is a really appealing piece! There is more charming music in the famous Russian Dance from Swan Lake where the melody is expressively decorated and followed the Allegro. Uncomplicated and great to play - perfect!

Sweetheart is based on a popular old Russian folk song that tells of a young peasant girl who wishes go for a walk in her best dress to meet a gentleman and pay him a lot of compliments. In these variations by Alexander Sergeyevich Dargomyzhsky we feel the charm of a lively, playful atmosphere, that was typical of the streets of the ancient Russian cities.

Russian Dance was composed by Pyotr Ilyich Tchaikovsky in 1877 for the premiere of the ballet Swan Lake. One year later he included it as Danse Russe in his cycle of 12 piano pieces for children [op.40]. The two parts, slow then fast, contrast with each other, and each has a different character, making the piece lyrical and virtuoso in the same time. The typical rhythmical figures present the contrasting darkness and cheerfulness of the Russian soul.