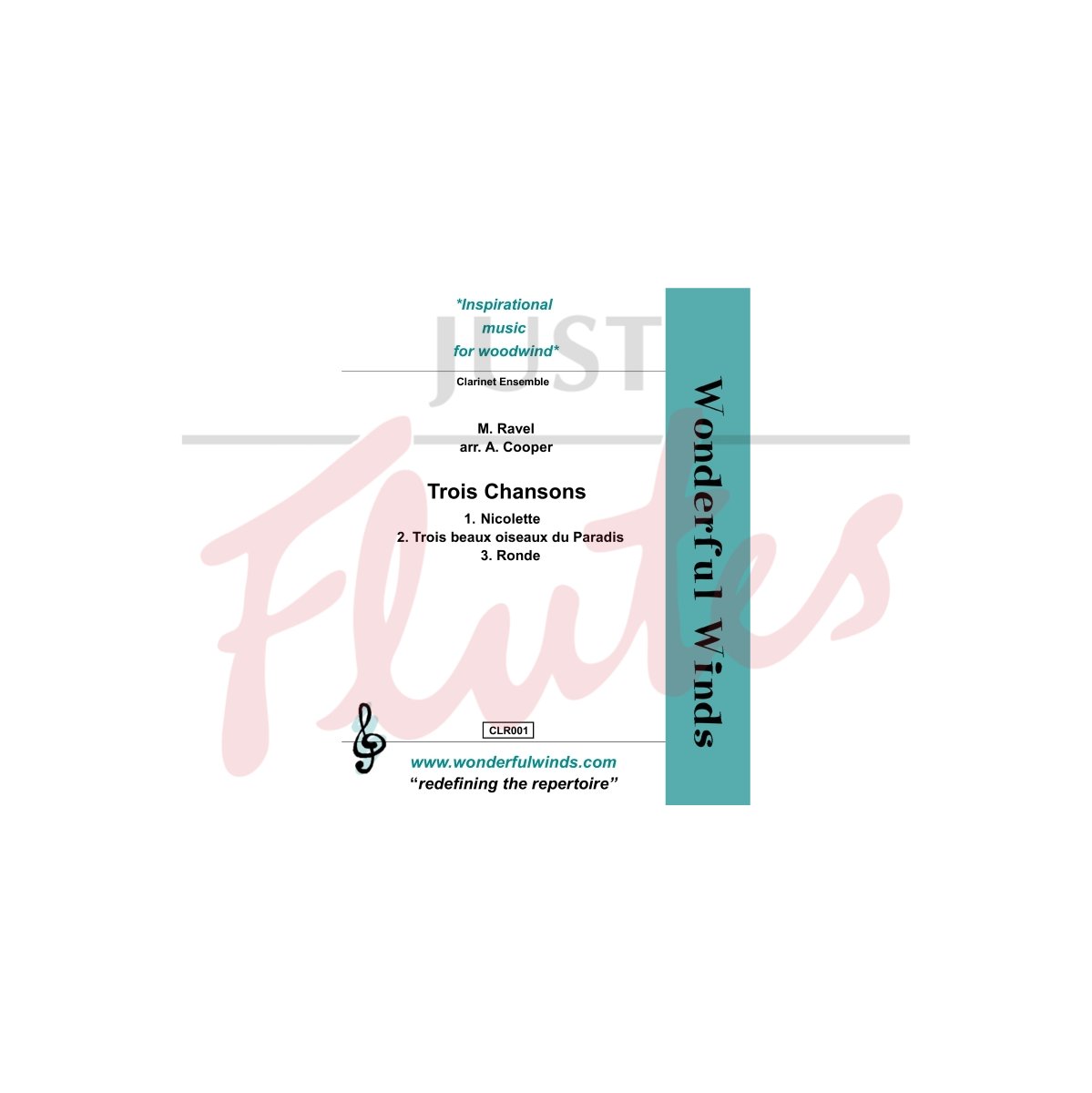 Ravel wrote these three charming songs for unaccompanied chorus while waiting to be enlisted into the army during World War 1. The lyrics are Ravel's own, and offer plenty of scope for colourful composing. The first song tells of Nicolette picking flowers, and being pursued by a growling old wolf, a gentle page and lastly a grey-haired old lord, "Ugly, wry, vile and corpulent" into whose arms she runs! The second more plaintive song describes three birds of paradise, interspersed with the line "my belov'd is to the fighting gone“ and featured a wordless chorus accompanying the song. In the final lively song, the old women and old men warn the younger generation not to go into the woods, lest they meet a cast of unsavoury characters, including goblins, werewolves, flying devils and goat footed folk! These vibrant songs translate beautifully for wind, with lots of fun and interest for all players.