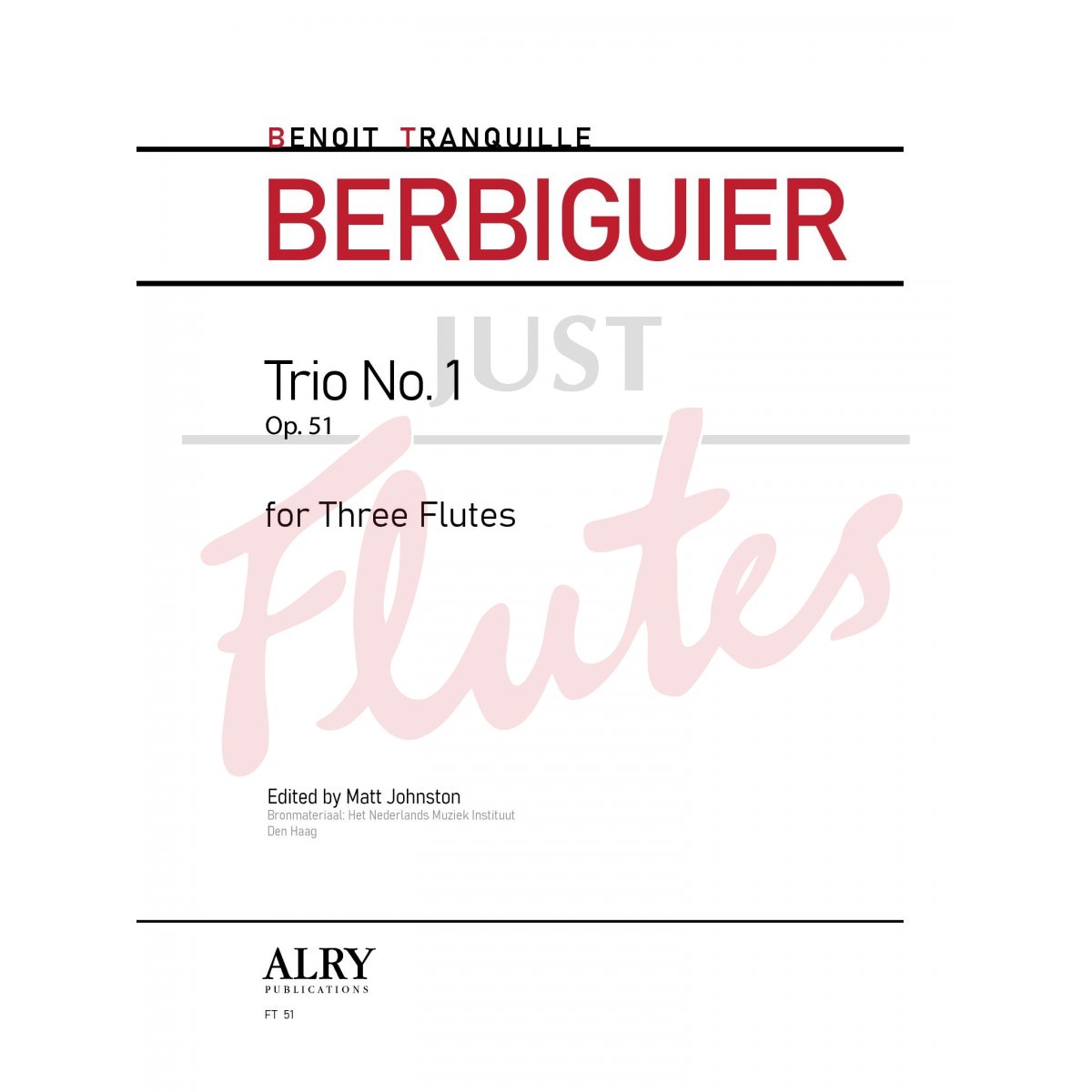 Based on source material from the archive of the Netherlands Music Institute in The Hague, this newly-engraved reconstruction of the Trio No. 1, Op. 51 by Benoit Tranquille Berbiguier for Three Flutes includes a full score and all three parts. Berbiguier is primarily known for his methods and small ensembles for flutes composed during and after his education at the National Conservatory of Music in Paris. The original edition from the archives, published by French publisher Janet & Cotelle, c. 1820, contains only three parts with no score.

While the original aim was to assemble a full score while recreating the individual parts faithfully, editorial decisions were made throughout to correct many serious inconsistencies between the parts, especially regarding articulations and dynamics, and even including differences in tempo markings. The resulting standardized, consistent editions should allow students and teachers more effective – and more efficient – learning and instruction.