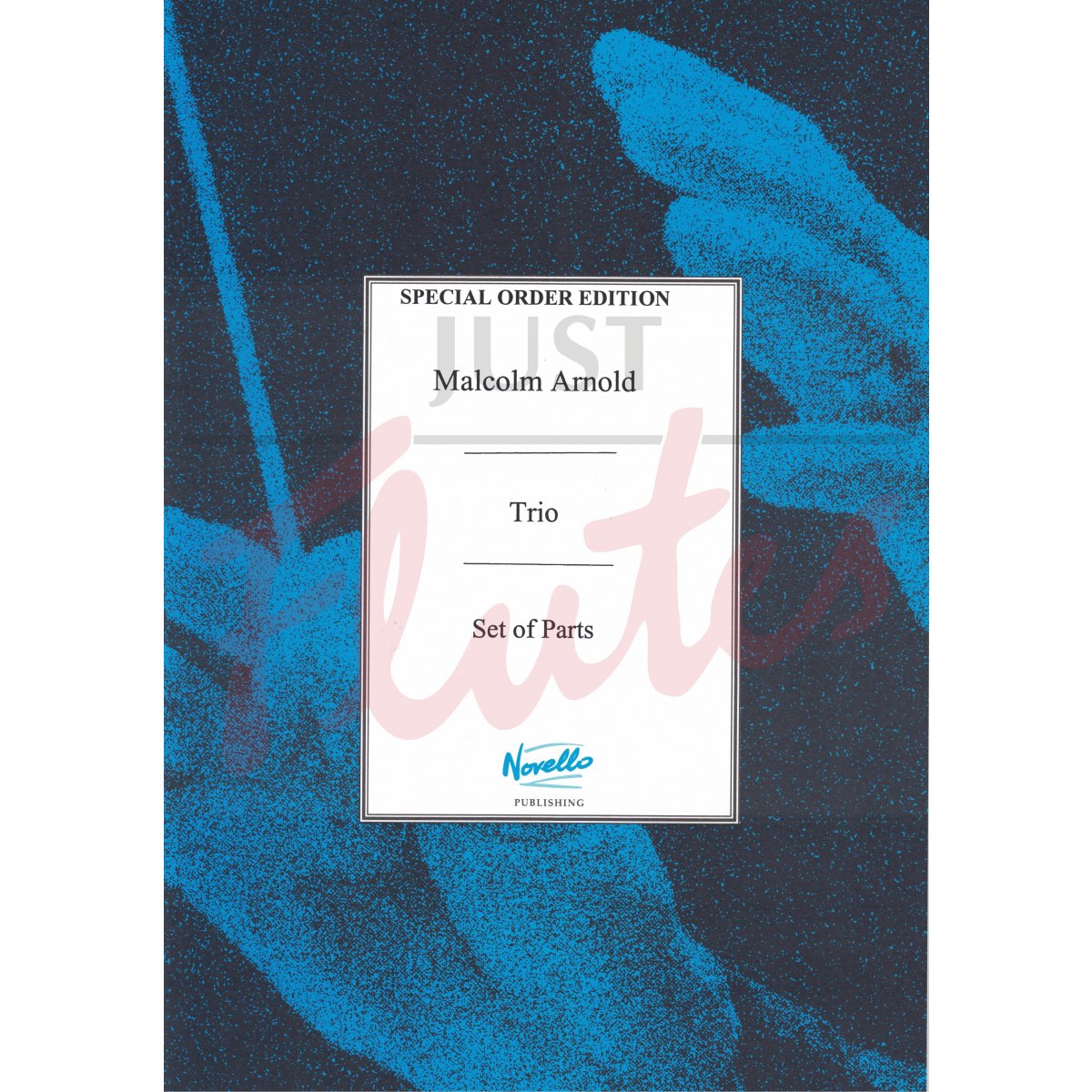 Written when Malcolm Arnold was just 22 and at the very beginning of his composing career, Trio for Flute, Viola and Bassoon delighted Arnold with its unusual sound combinations, and trademark ‘wrong note harmonies’. The piece is an abstract, energetic work full of intriguing rhythmic eccentricities.Malcolm Arnold was a British composer who earned an international reputation both as a composer of serious works, including nine symphonies, and as a composer of light music. He composed more than one hundred film scores, among them the Oscar-winning music for The Bridge on the River Kwai, the award-winning music for The Inn of the Sixth Happiness, Whistle Down the Wind and Hobson’s Choice.