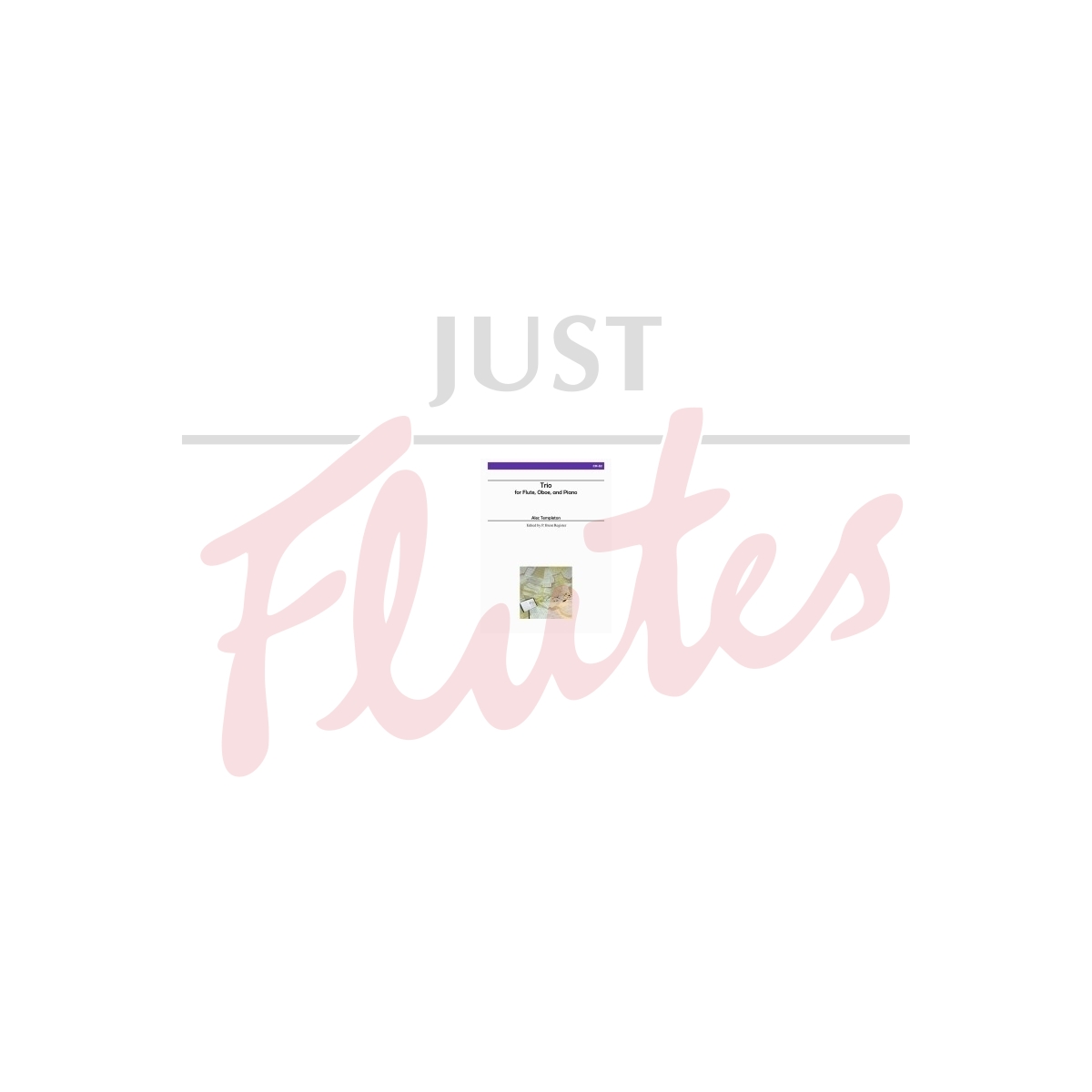 "I first learned of the Alec Templeton "Trio for Flute, Oboe, and Piano" (composed in 1927) in the year 2000 while playing a festival in Princeton, NJ with the late Julius Baker. He had mentioned a three-movement trio that was never published, but that he had recorded; however, the recording was never released (it was eventually released in 2007 and available through the Cembal d'amour Historic Series, CD 127). I conducted some extensive research and finally located a copy of the handwritten manuscript - both score and parts. Comparing the score, parts, and the recording, I was able to make numerous editorial corrections, as well as provide a readable score. I think it’s a terrific work, one of the best that I’ve played for this combination. YouTube videos are available in order for you to hear the composition. Unfortunately, it's not the best quality, but will give you an idea of the work." - P. Brent Register