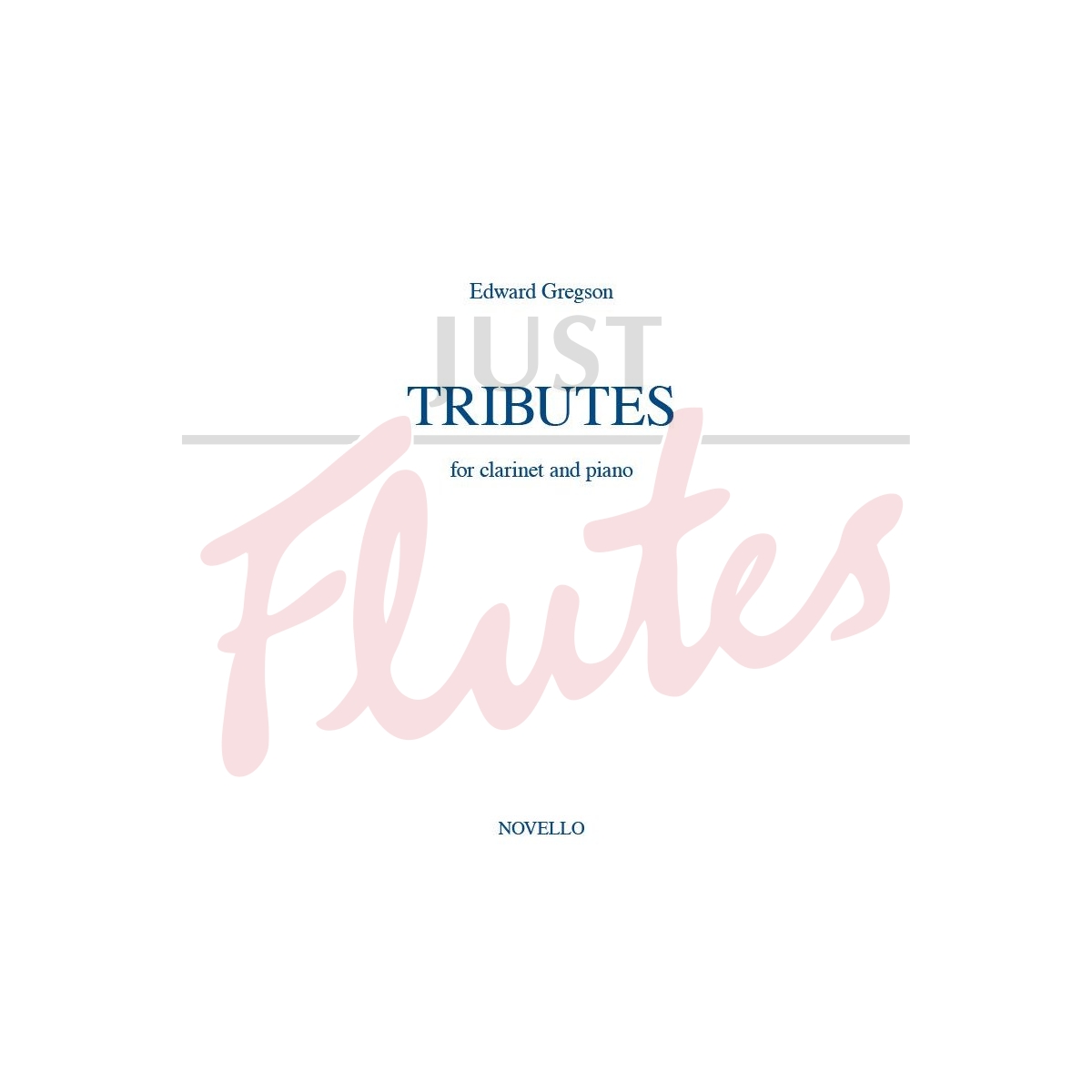 Edward Gregson completed Tributes in the summer of 2010.

Lasting some 16 minutes, there are five pieces in the set, each dedicated to a different composer and a different clarinettist (with whom Gregson had long musical associations). Each of the dedicatee composers wrote wonderfully for the Clarinet and, as a tribute to them, Gregson tried to invade, indeed imitate, their stylistic worlds in these pieces.

They are as follows: