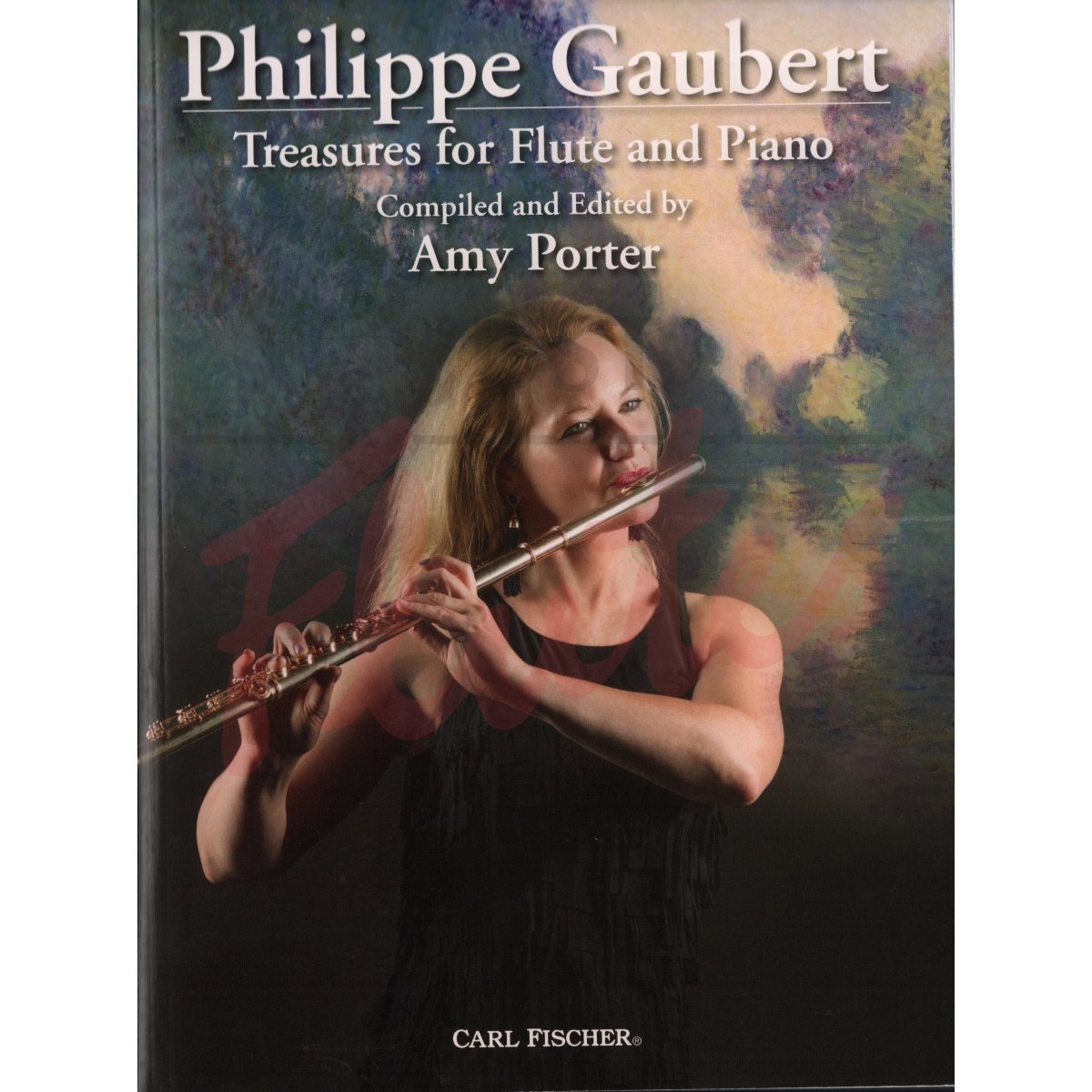 This compilation of short works for flute and piano by French composer and flute player Philippe Gaubert has been edited by Amy Porter with the assistance of Penelope Fischer and forms part of a larger project which incorporates an instructional DVD (entitled The Gaubert Cycle: The Complete Works for Flute and Piano by Philippe Gaubert) and printed scores. Tis volume contains eleven of the sixteen works for flute (it omits the Sonatas, Ballade and Sonatine) and focuses on the shorter concert pieces, many of which are ideal for intermediate players. There are several pieces dating from before the First World War, including the beautiful Madrigal, two Romances and a Berceuse, as well as the more challenging Nocturne et Allegro Scherzando, written as an end of year test piece for the Paris Conservatoire. Te Deux Esquisses were written during the war, and the most substantial piece in this collection, the Suite was written in 1921. Tis collection is a useful overview of Gaubert’s output, and provides many useful works for recitals or exams. The edition is well presented, although sometimes quite densely packed to accommodate page turns and a couple of the old typographical errors remain uncorrected (see John Wion’s Flute Errata website). Although it lacks the luxurious feel of the old French editions, the practicalities of containing the works in one volume more than compensate. Gaubert’s music is a big part of our fluteplaying heritage, and as such, this is an invaluable collection which might help to bring a wider knowledge of his music to the younger generation of players, as well as being an essential part of every flute player’s library

Finalist in the Newly Published Music Competition at the 2019 NFA