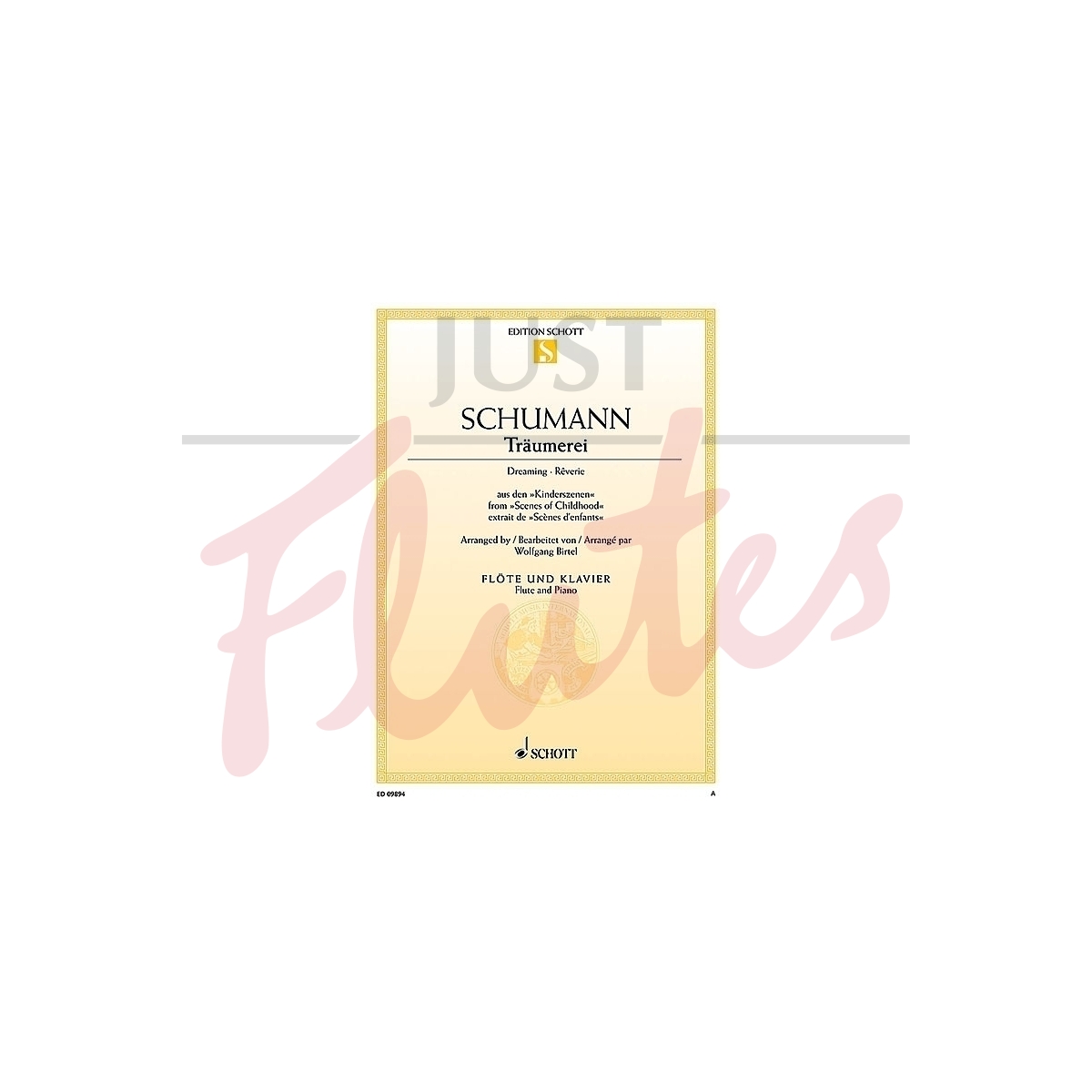 The 19th century was not only the era of great forms, monumental symphonies and melodious sonatas, no, the Romantic composers proved to be versatile and highly imaginative on the field of little music pieces as well. Robert Schumann was a master of the character piece for "his" instrument, the piano. From thirty of such poetic miniatures, he selected thirteen in 1838 for his 'Scenes of Childhood', opus 15, the seventh, i.e. the one right in the middle, being 'Dreaming', the most famous among Schumann's compositions. It is a romantic gem the catchy melody of which will not get out of one's head. The beautiful setting contained in the present edition can be played even by non-pianists.