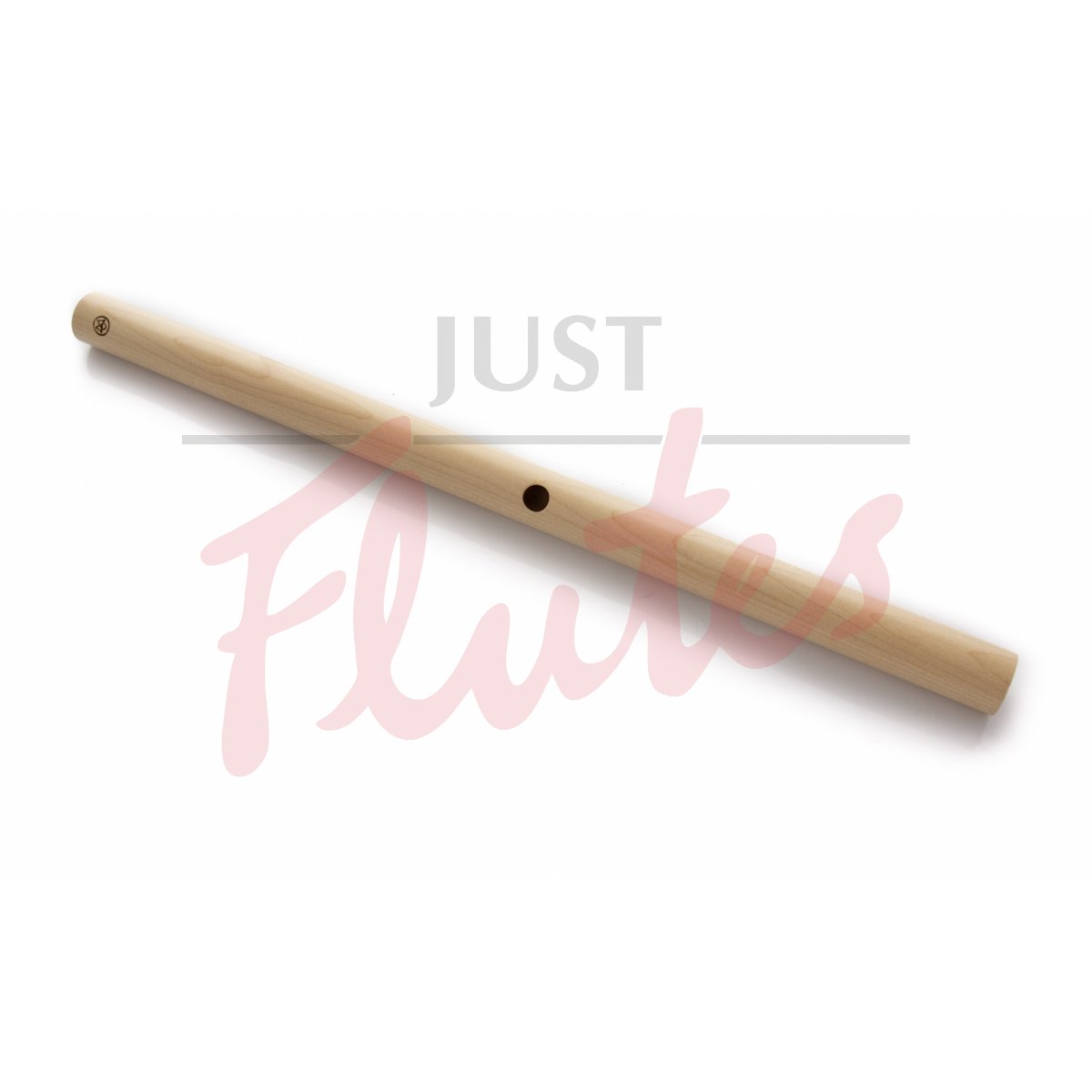 The 'Thumpy' flute can be used to blow naturally and to enjoy flute playing without stress. When we start playing the (Boehm)-flute, we will first focus on where to place the fingers. Second, we will think where and how to blow. This means that we do give our main attention to the complexity of the fingerings and how to hold the flute - possibly generating some kind of general body stress - while the blowing itself gets relatively few attention.

'Thumpy' is more than "using-the-flute's-head-joint" to learn the blowing. 'Thumpy' is not part of another instrument: it is an instrument on itself, made out of wood, with its own charm, its own scale and its own enjoyable repertoire (like the 'Thumpy' book), can imitate bird songs and lots of possibilities for improvisations, games in groups and music/flute introduction programs at schools. It has no sharp edges and is not as precious and delicate as a head-joint. It is strong and easy to carry around.

Also, without investing in an expensive (Boehm)-flute, the 'Thumpy' flute can be a good way to find out a child's natural ability and talent for the flute.

'Thumpy' the thumb flute is a relatively simple instrument with a surprisingly beautiful sound and natural feel. This flute has been designed and developed by Dutch flutist-composer Wil Offermans and is produced in Granada, Spain.

The 'Thumpy' flute is constructed out of a straight, cylindrical wooden pipe with an embouchure-hole near the middle of the pipe. The pitch can be controlled by covering the open endings with the thumbs (basic combinations: open-open; open-closed; closed-open and closed-closed) and combining the various harmonics. The primitive character of this flute can be compared to the European bone flutes or the Japanese Ishibue (stone flute).

The 'Thumpy' book by Wil Offermans provides a basic method and 75 enjoyable pieces for the Thumpy flute.