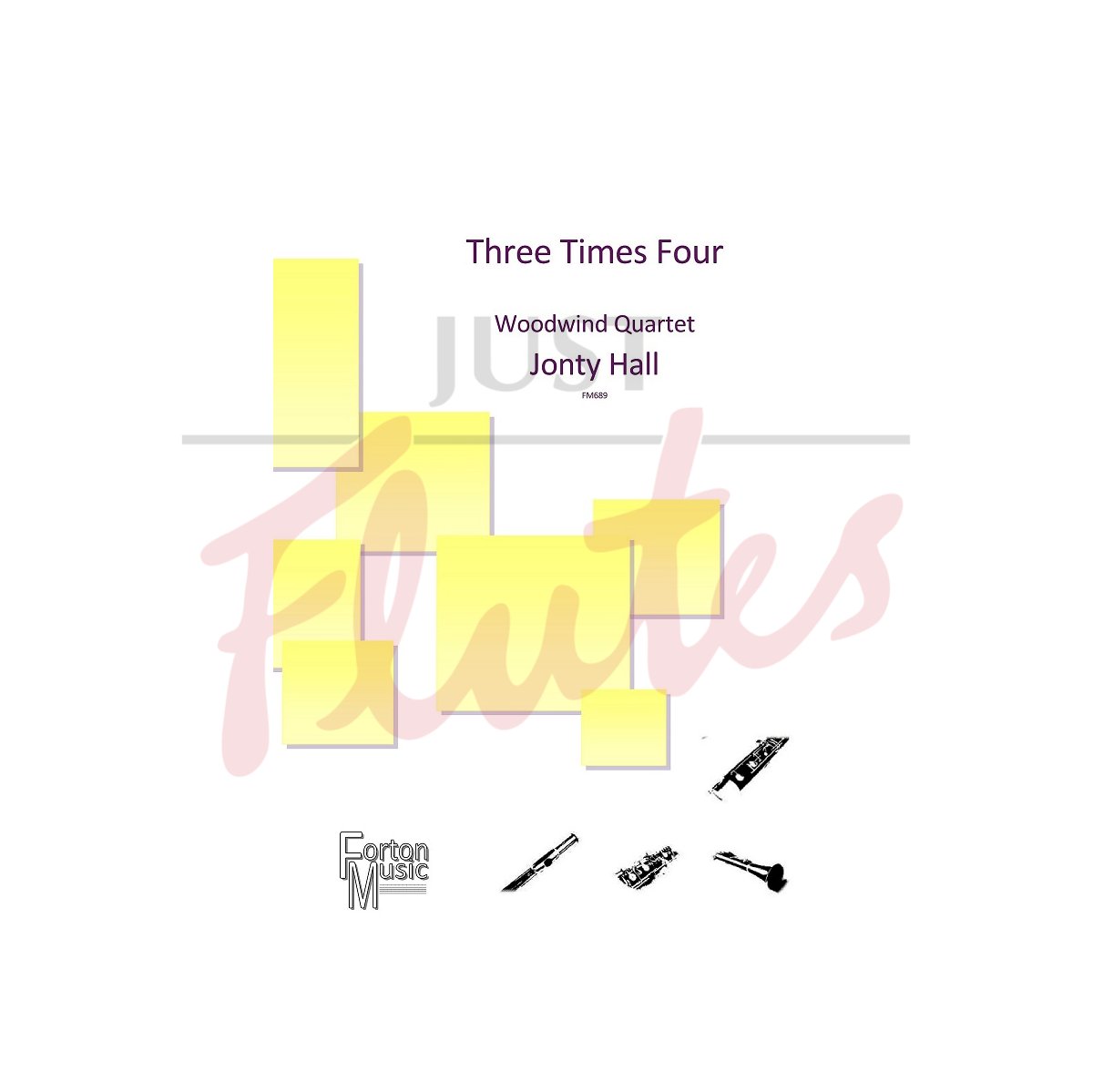 Three times Four – Three movements of character which present a balanced distribution of themes for all parts and providing some challenge for all instruments. A well practised control of dynamics and articulation are required to achieve a good sense of ensemble unity.

I Figure of Eight: Two main themes dominate this movement; both are quite complex figures (hence the title), but have a natural harmonic and rhythmic progression throughout. Themes and counter subjects are shared throughout the ensemble. Elements of tension and release/discord and resolution are also a feature, although the movement closes perhaps a little unfulfilled.

II Regret (Pulse I): This movement has a gentle, but compelling hypnotic pulse all the way though, and was composed employing a minimalist approach. Textures are built around the repetition of smaller shaped figures, whilst lyrical melodic voices rise, then fall from prominence. Control of both dynamics and balance of ensemble is essential in this movement.

III In the Niche of Time: This movement is a fun, lively, engaging, and attractive showpiece for the entire ensemble. Perhaps rhythmically challenging initially, but once mastered – commit to a speed as quick as you dare, and have fun!  Jonty Tunes 2017