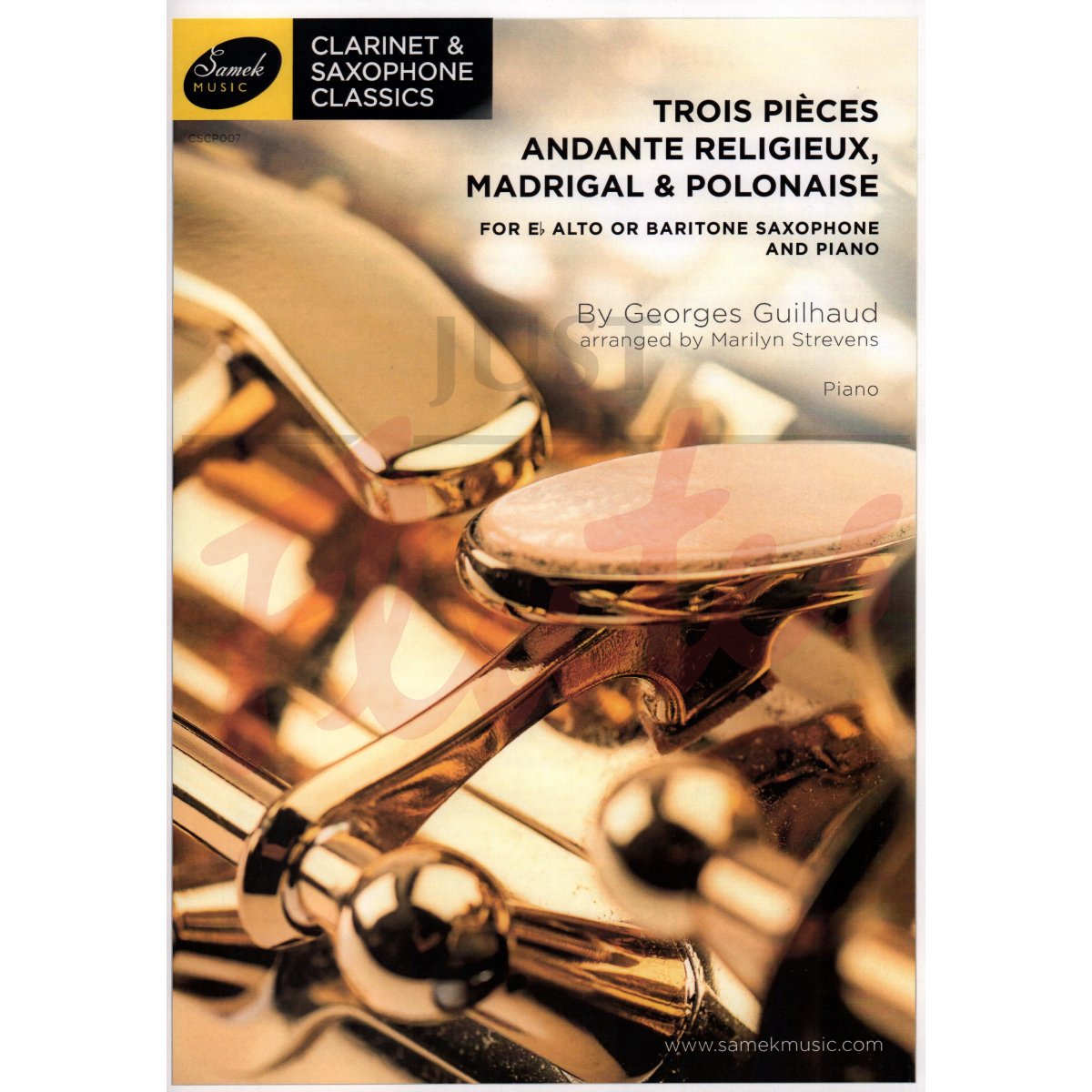 Very little is known about Georges Guilhaud other than he was born in 1851, and composed for the oboe. He was a friend of Georges Gillet, Professor of Oboe at the Paris Conservatoire from 1882 until 1920. His Premier Concertino, dedicated to Gillet was selected as the pièce de concours on three occasions.

The three pieces were not written at the same time, Polonaise was written in June 1885 and is a longer composition than the other two, Madrigal and Andante Religieux which were written in June 1887. To my knowledge these pieces have not been published and all performance marks are those of the composer.

Scored for organ or piano, there are no ‘organ’ directions such as use of manuals or stops so possibly the the organ is to make it sound religious. Whatever the reason, it is an interesting piece of music, very melodic with a gentle legato accompaniment. A middle section marked animato un poco before a recapitulation of the opening bars.

Composed in 1887 Madrigal is a short piece of music written originally for the oboe. It bears no resemblance to the songs of the early English composers, however the poetic meaning of the word in French is ‘elaborately turned compliment, pretty speech’, which could describe the music. The piece opens in a lyrical style, very melodic and lightly scored. The middle section is more intense, marked ‘agitato molto’,the tremolo in the left hand of the piano brings the section to a climax before returning to the lyrical section.

Originally this was a slow dance of Polish origin in triple time, consisting chiefly of an intricate march or procession. The polonaise is very much associated with Frédérick Chopin. He developed the style in the first part of the 19th century, not only as virtuoso piano music but also for solo instruments and orchestra. Guilhaud’s Polonaise, written in 1885, opens with a very rhythmic section, with the triplet figure so often found in the polonaise, (and a feature of the final part of the Concertino). The middle section is slower and legato, then a cadenza into short recapitulation of previous ideas finishing with a delightful play on the triplet feature.