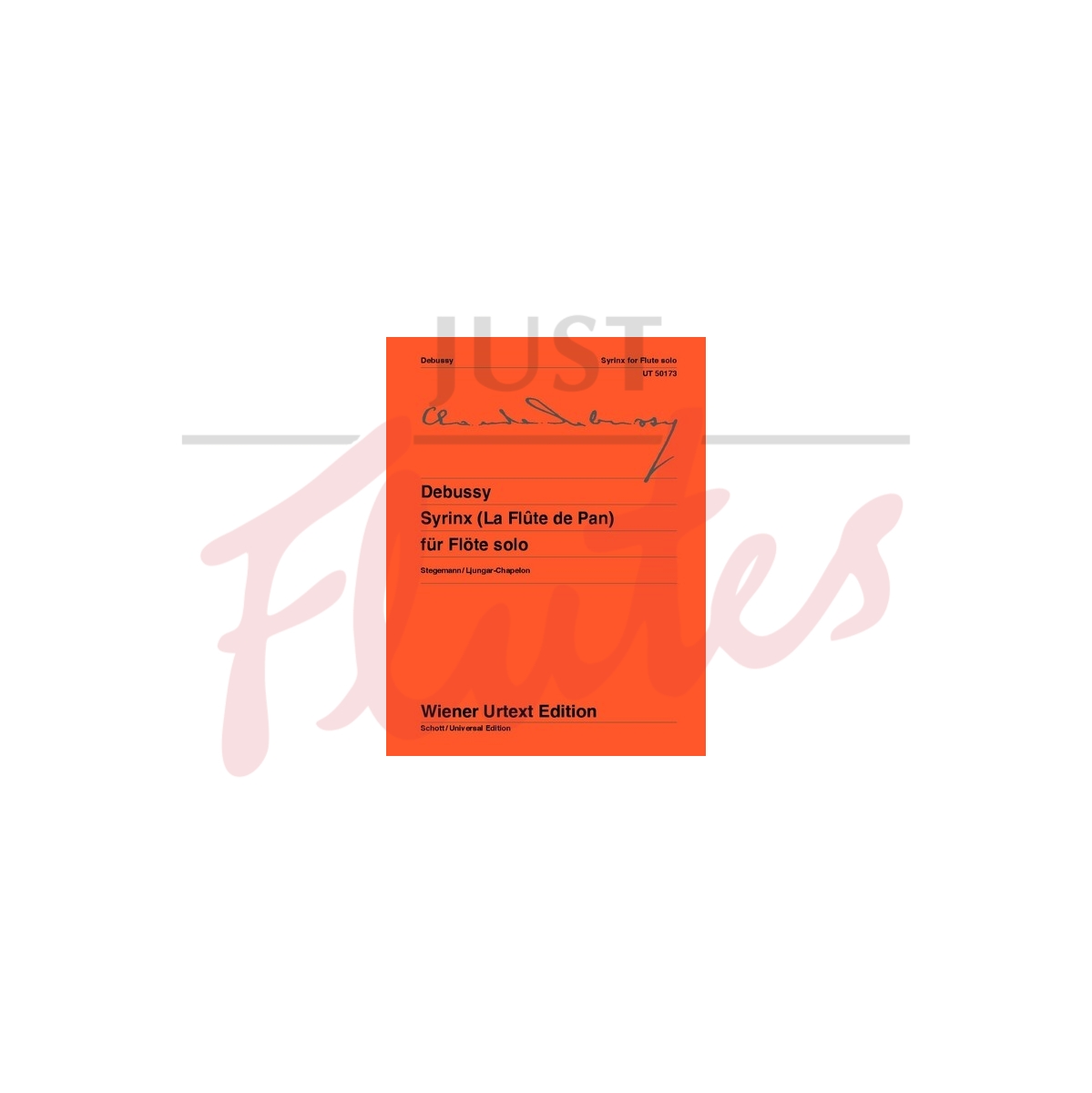 New edition based on the Brussel manuscript by Michael Stegemann and Anders Ljungar-Chapelon with a large documentation by Alain Marion.

The posthumous edition has for a long time been regarded as the only known source. However, the new edition by Wiener Urtext Edition is based on a manuscript discovered some years ago. La Flute de Pan was first performed in 1913 by Louis Fleury as an accompaniment to the play ‘Psyché’ by Gabriel Mourey. The manuscript was discovered in the area where Debussy and Louis Fleury were at the time. This source has made it possible to assign both parts of the work precisely to the corresponding text in the drama. This has been documented through extensive use of pictures and text in the publication.