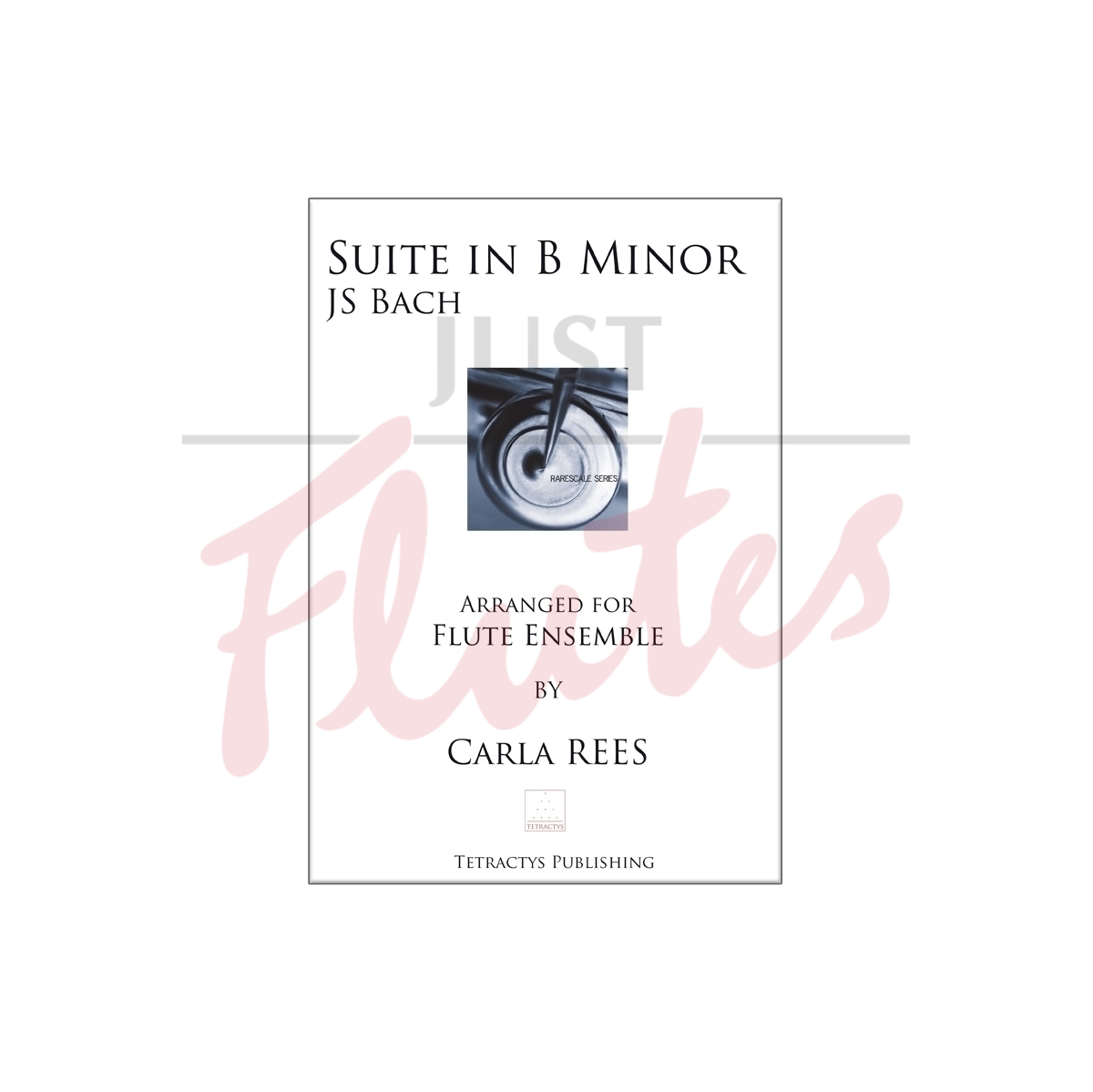 Suite No 2 in B minor [Flute Choir]

Bach’s B minor suite is perhaps one of the best known of Bach’s flute works, as a result of the closing Badinerie becoming a popular encore piece, and even a mobile phone ring tone.

Scored originally for strings, continuo and solo flute, the piece has seven movements, each based on a French dance:

Rondeau – this movement alternates between a main theme (refrain) and new material in measured phrases. Here the phrasing begins in the centre of the bar, resembling a gavotte.

Sarabande – this is a slow dance with three beats in the bar, traditionally often played with an emphasis on the second beat of the bar. Here the outer parts are heard in a strict canon.

Bourrée I & II – a Bourrée is a fast dance in 2, and here Bach writes two which are played in succession, before the first is repeated again at the end. It is usual not to play the repeats in the da capo of the first Bourrée.

Polonaise and Double – the Polonaise is a stately dance in three which imitates a Polish style. Dotted rhythms are used frequently here, and the musical material of the Polonaise is heard in an embellished form in the Double which follows.

Minuet - this is another dance in 3, with two main thematic sections.

Badinerie – the famous badinerie is a lively closing movement which allows the solo flute player to have some virtuosic display.

This arrangement for flute ensemble remains as faithful as possible to the original score, for example by retaining the original keys and spacing between the parts.