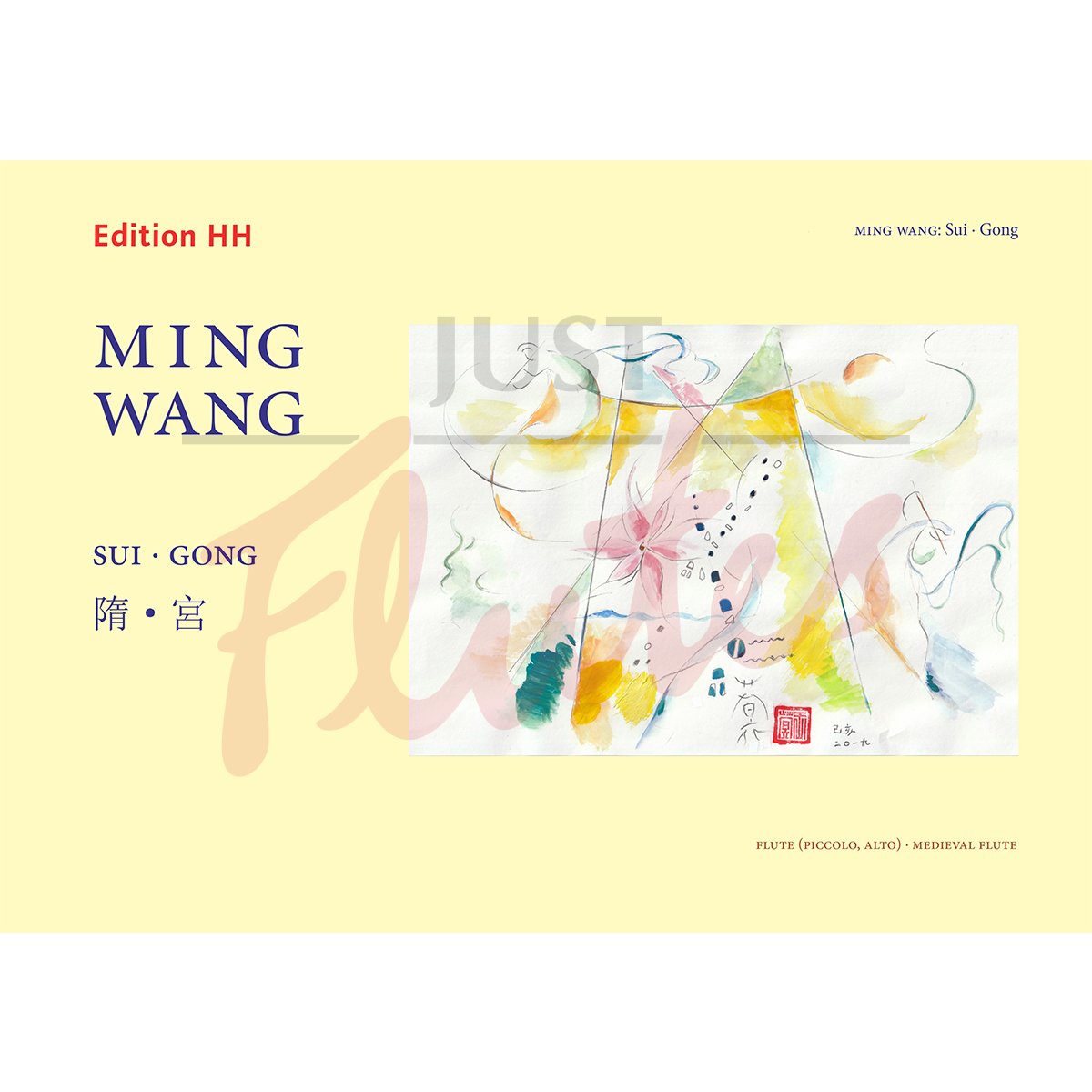 The two-word title of Ming Wang’s recent composition points to the early Sui dynasty of China (581–618 CE) and its imperial court (Gong). The work is based on a touching piece of old Chinese music which, in a series of short picturesque scenes, tells a tale of yearning, love and passion within the Sui court’s harem. The pure pentatonicism of the part assigned to the medieval flute contrasts strongly with the total chromaticism and great virtuosity of the extremely complicated part for modern flutes, creating a striking balance between simplicity and complexity, nostalgia and modernity. The piece is dedicated to Walter Auer, principal flautist of the Vienna Philharmonic Orchestra, and his wife Julia.