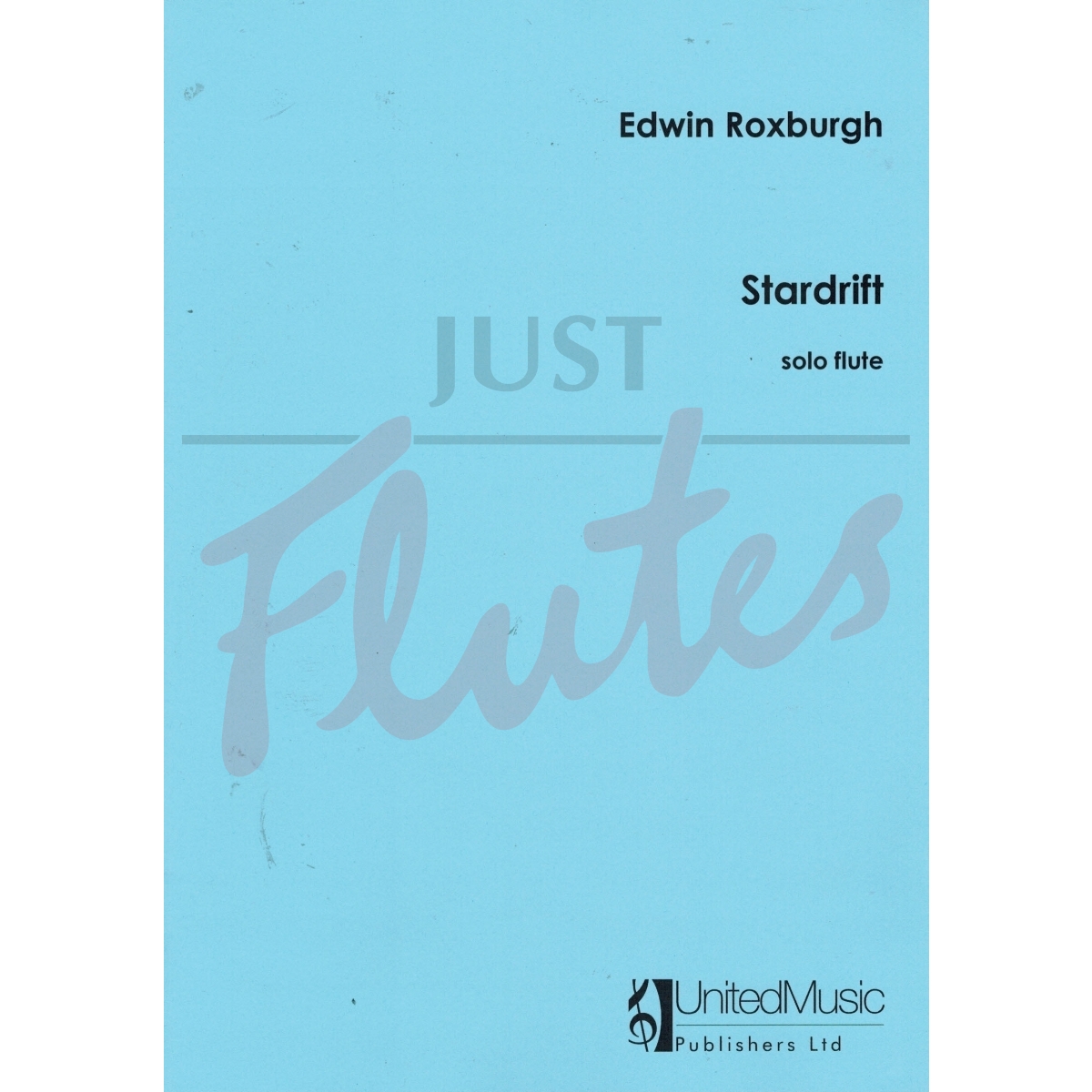 "Like Holst, I have from childhood found astronomy an absorbing preoccupation, not only for its own sake, but also as a therapeutic contrast to the world in which we live. I see the thread that links space research to the technology of electro-acoustic music as a creative equation, which is explored in my large orchestral works such as Saturn and smaller instrumental works such as Stardrift. This piece was commissioned by the British Flute Society as the competition test piece for the 1992 International Flute Convention in London, which required a representation of as many expressive and technical characteristics of the flute as possible. The title is an astronomical term that describes the drift of the planets against the fixed stars. I considered this an appealing and paradoxical notion for the structure of a piece for a solo instrument. From the stillness of the opening the music gathers increasing density, but sustains the superimposition of the organic intervals that relate to the whole piece. It is dedicated to Susan Milan, who instigated the commission." - Edwin Roxburgh