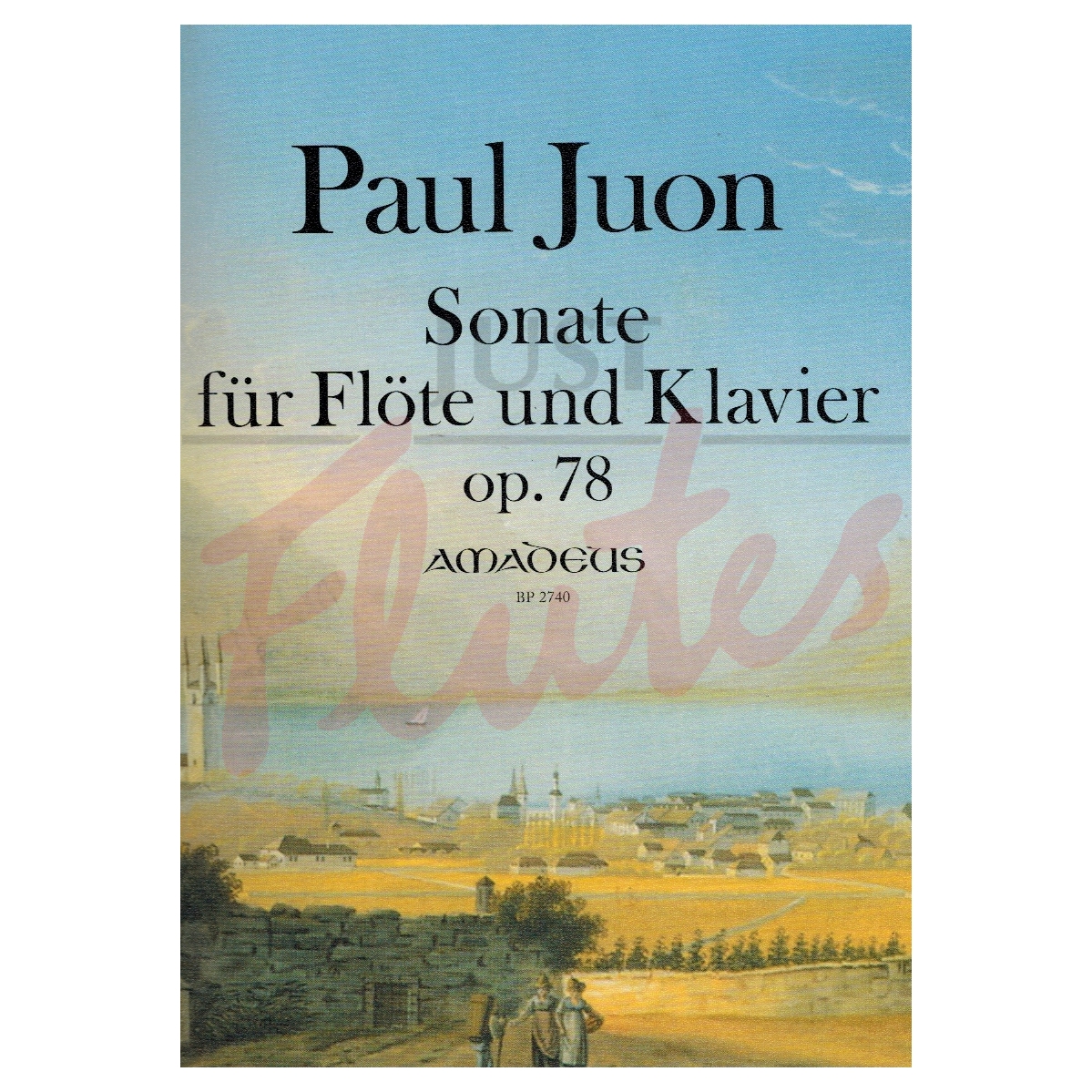 Juon's compositions are late romantic in style, strongly reminiscent of Brahms, which is why he has been called the 'Russian Brahms'.

Juon's works are formally and technically demanding. He frequently uses Russian and Nordic themes, which often determine his rhythms and harmonies; but he remains true to the sonority of national music. His Flute Sonata is becoming well established in the flute repertoire.