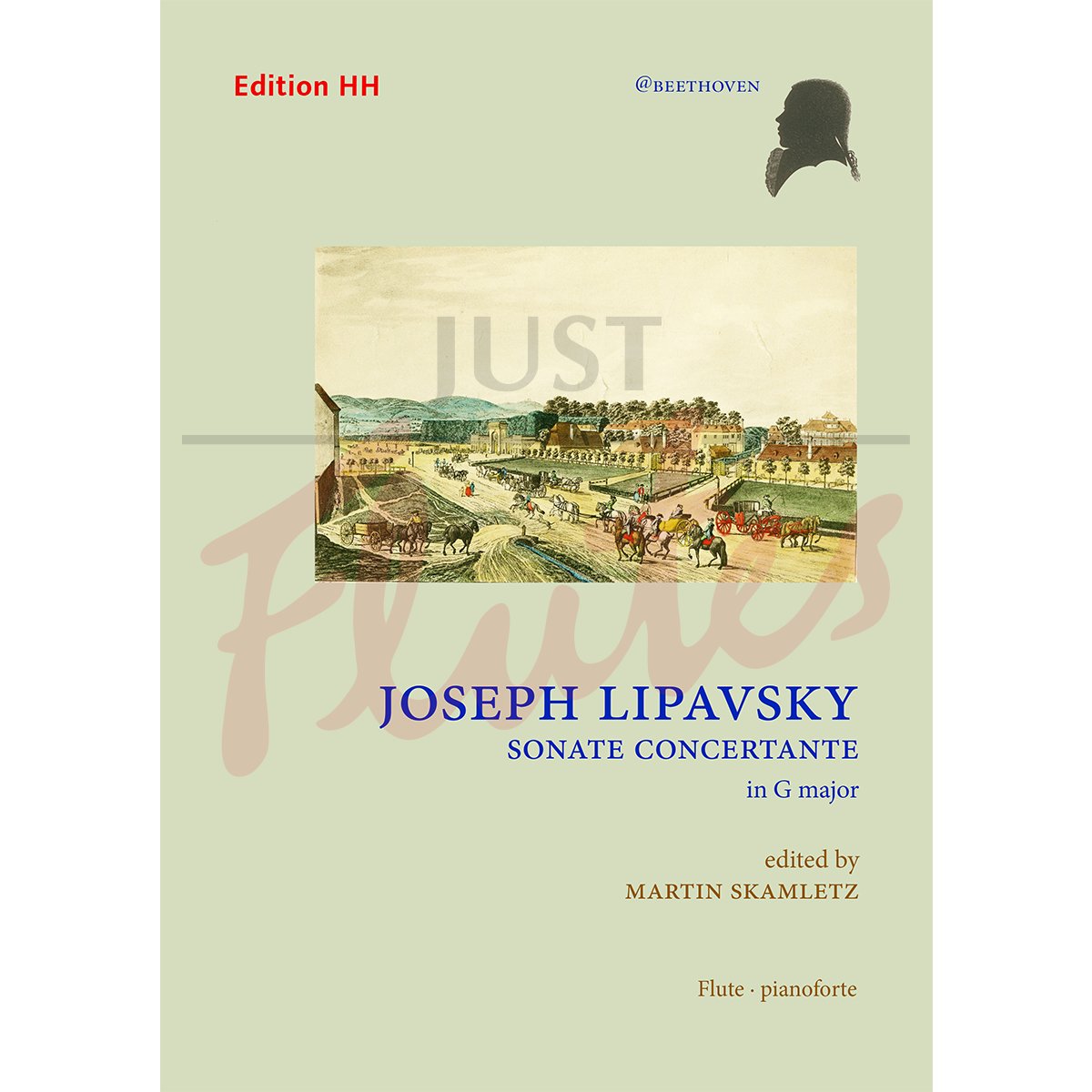 Sonate Concertante in G major for Flute and Piano

Chris Hankin Just Flutes staff member - chrish@justflutes.com
This is a lovely work and a rare treat to find unfamiliar music in this style. It sparkles along with an elegant opening movement, a lyrical adagio in which the flute floats above a moving accompaniment and a finale that alternates the spotlight between the two instruments. Both parts are equally matched and the piano has plenty to do so balancing the textures will be one of the challenges in performance. It's a great piece for two advancing students to work on and the end result will leave everyone happy!

The Sonate concertante in G major for flute and piano by Bohemian composer Joseph Lipavsky was published posthumously, as his ‘œuvre dernier’, in Vienna in 1810. The present edition is based on the printed copy in the Musikarchiv of the Stift Melk, Austria. The instrumental parts are of equal importance and moderate difficulty, and the work maintains an effective balance between melodic, virtuoso and slightly contrapuntal elements. This is a worthy addition to the Viennese classical flute repertoire.

Lipavsky's sonata is a 'big' piece in every sense, having three substantial sonata-form movements, a good mixture of lyrical and brilliant expression and some striking and attractive harmonic and contrapuntal effects. His writing is calculated to show off the flautist's and keyboardist's abilities in equal measure, hence the 'concertante' in the title. The music can be sampled in a lively video performance of the first movement given by Francesca Grilletto (flute) and Gigliola Di Grazia (fortepiano), who play on period instruments.