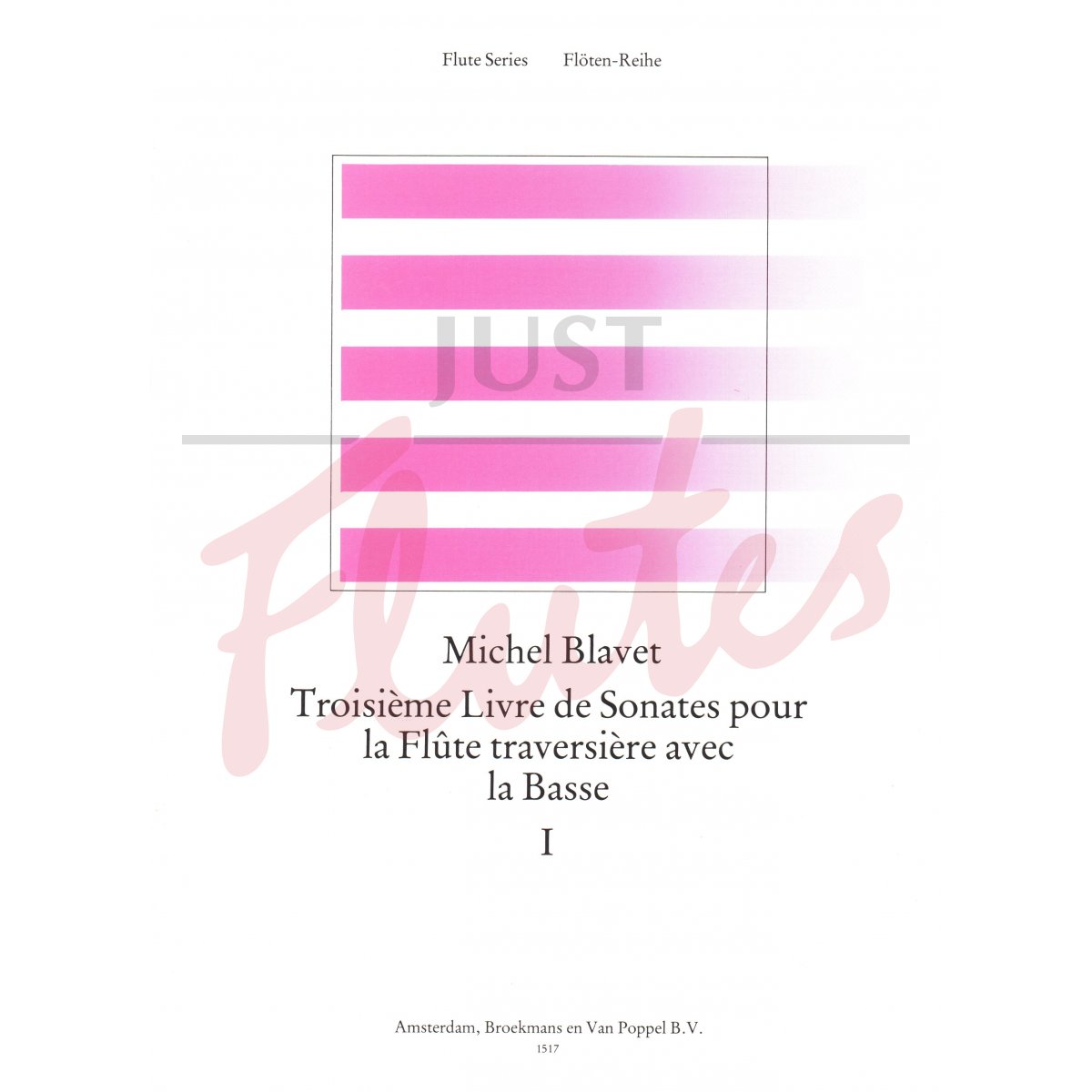 For a long time only Blavet's second book of sonatas was available. Eight years separated the second and third, and a marked difference in style is hence not surprising. Whereas Blavet's second book was still mainly French in character, the third is dominated by the 'galant' style. Introducing a more structural use of scales, broken chords, repeated tones and latent two-part writing, Blavet developed a new, more virtuoso style that was to form the instrumental-technical basis of French flute music.