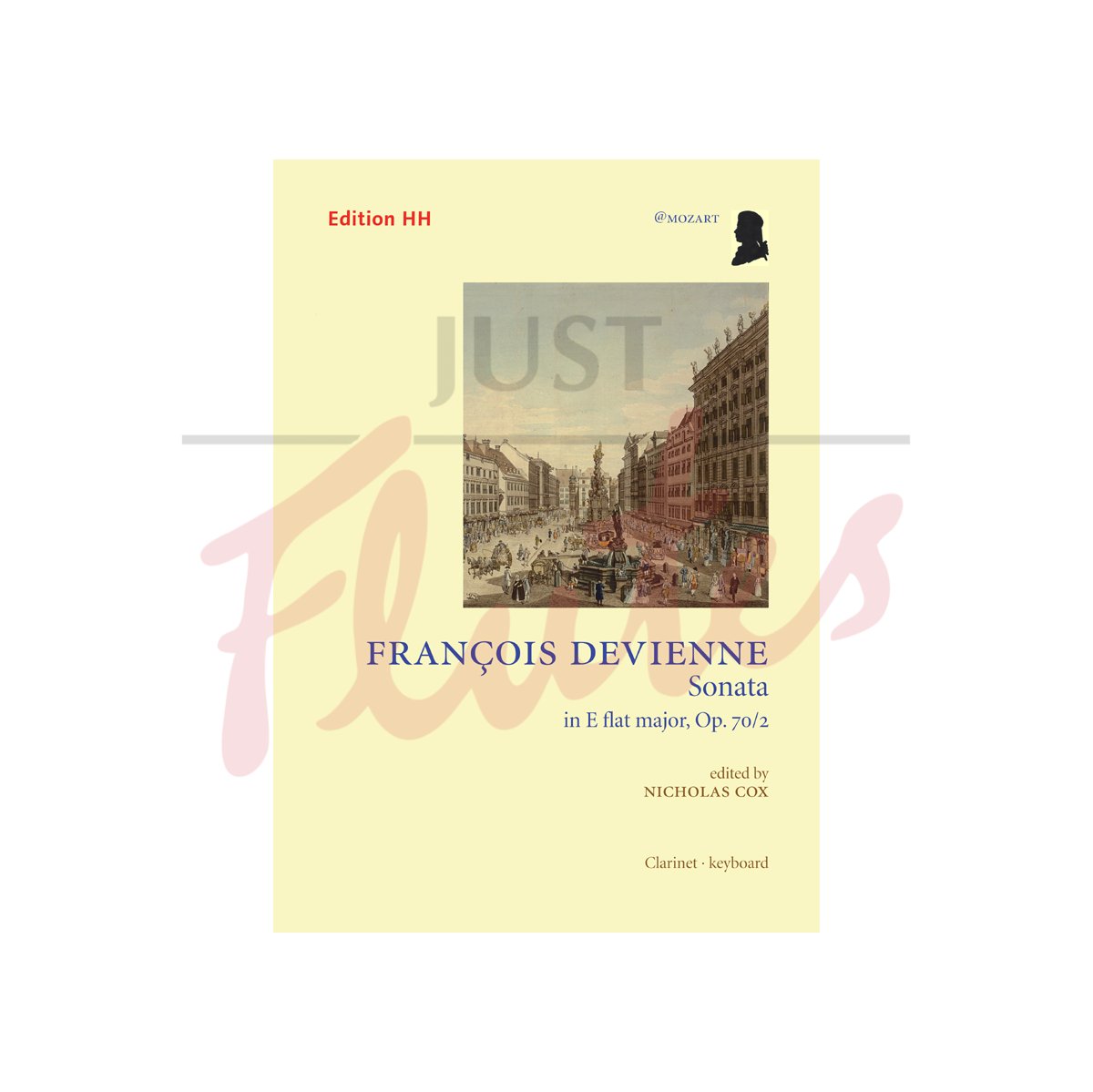 The flautist, bassoonist, composer and teacher François Devienne became known as the “French Mozart” because of the stylistic grace, formal balance and brilliance of his music. His sonatas for solo instrument and bass date from between 1788 and 1803 (the year of his death) became very popular and were used as teaching material at the newly established Paris Conservatoire. Following on from Op. 70/1 in the same series, the present work, realized and edited by the well-known British clarinettist Nicholas Cox, will be particularly suitable for reasonably advanced students of both modern and classical clarinets.