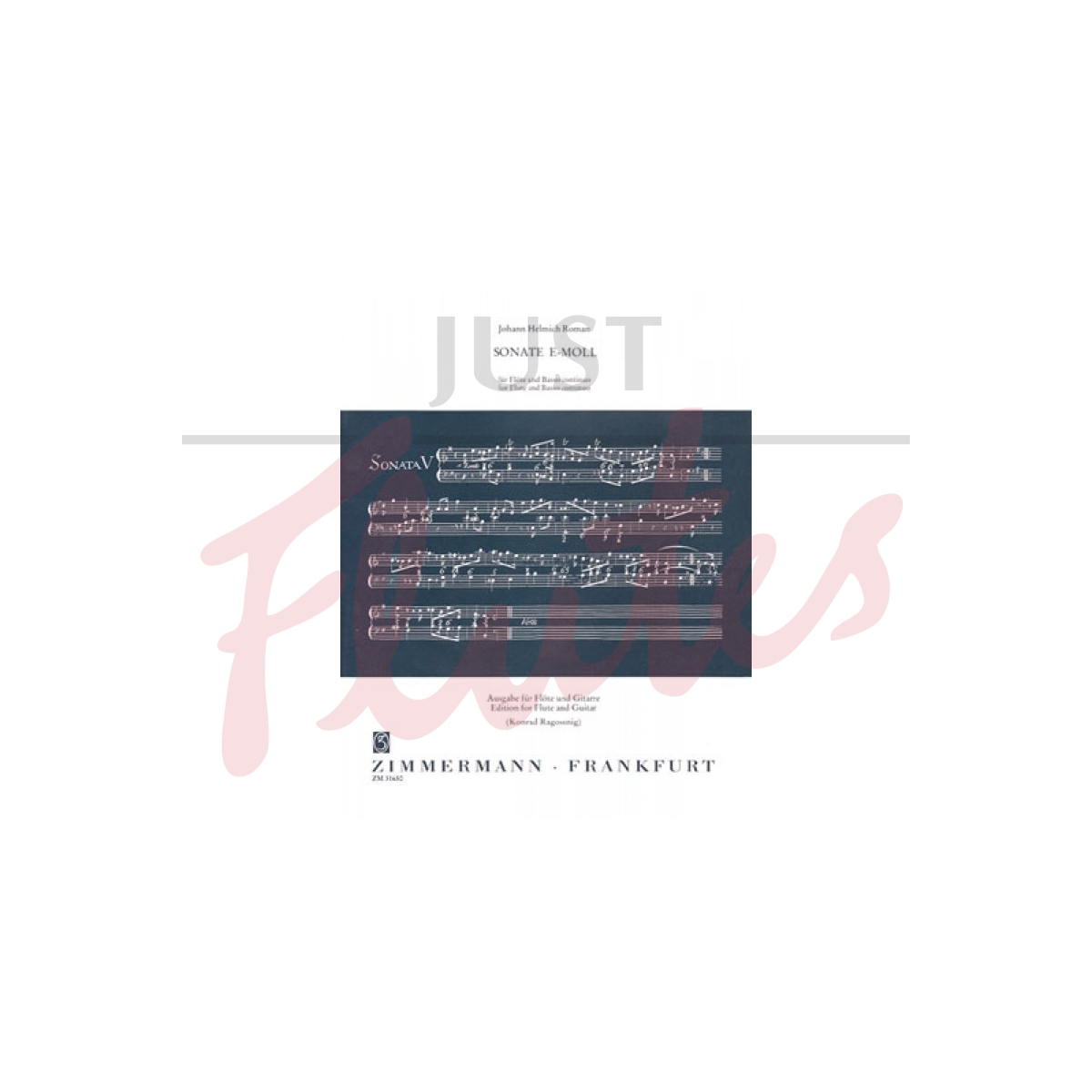 Johann Helmich Roman was one of Sweden's most important composers in the 18th century. Since 1727 he was court music director at the court of King Frederick I. and Queen Ulrika Eleonora. The sonata presented here is part of the "12 sonatas for flute and B. c." which are dedicated to the Queen, and it shows perfectly well what music in Sweden, French baroque music and the works of Handel or Telemann have in common. An alternative part including ornamental suggestions for flute has been added.