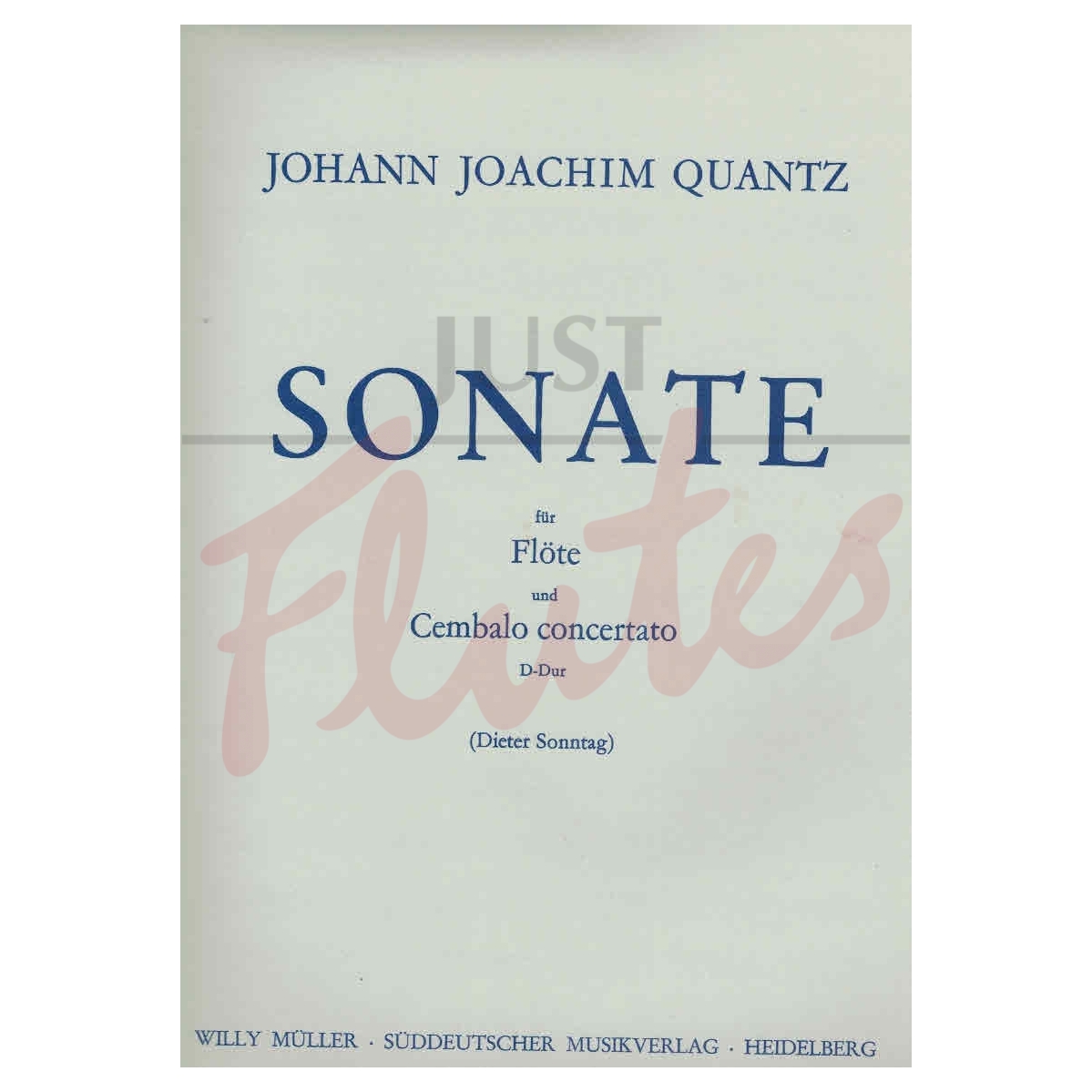 Johann Joachim Quantz was born in Oberscheden near Hanover on 30th January, 1697 and died on 12th July, 1773, the highly esteemed court composer and chamber musician to King Frededck II of Prussia. His life's work was based on the flute. He taught the flute, which was to be become the fashionable instrument of the time, to the young Crown Prince, later King of Prussia. The present sonata is based on a manuscript in the Lower Saxony State and University Library at Göttingen. It deserves prominence amongst the more than 100 flute compositions by Quantz not least on account of its instrumentation of flute with accompanying cembalo, which places it in effectively pleasant contrast to the bulk of Quantz's flute sonatas with figured bass accompaniment.