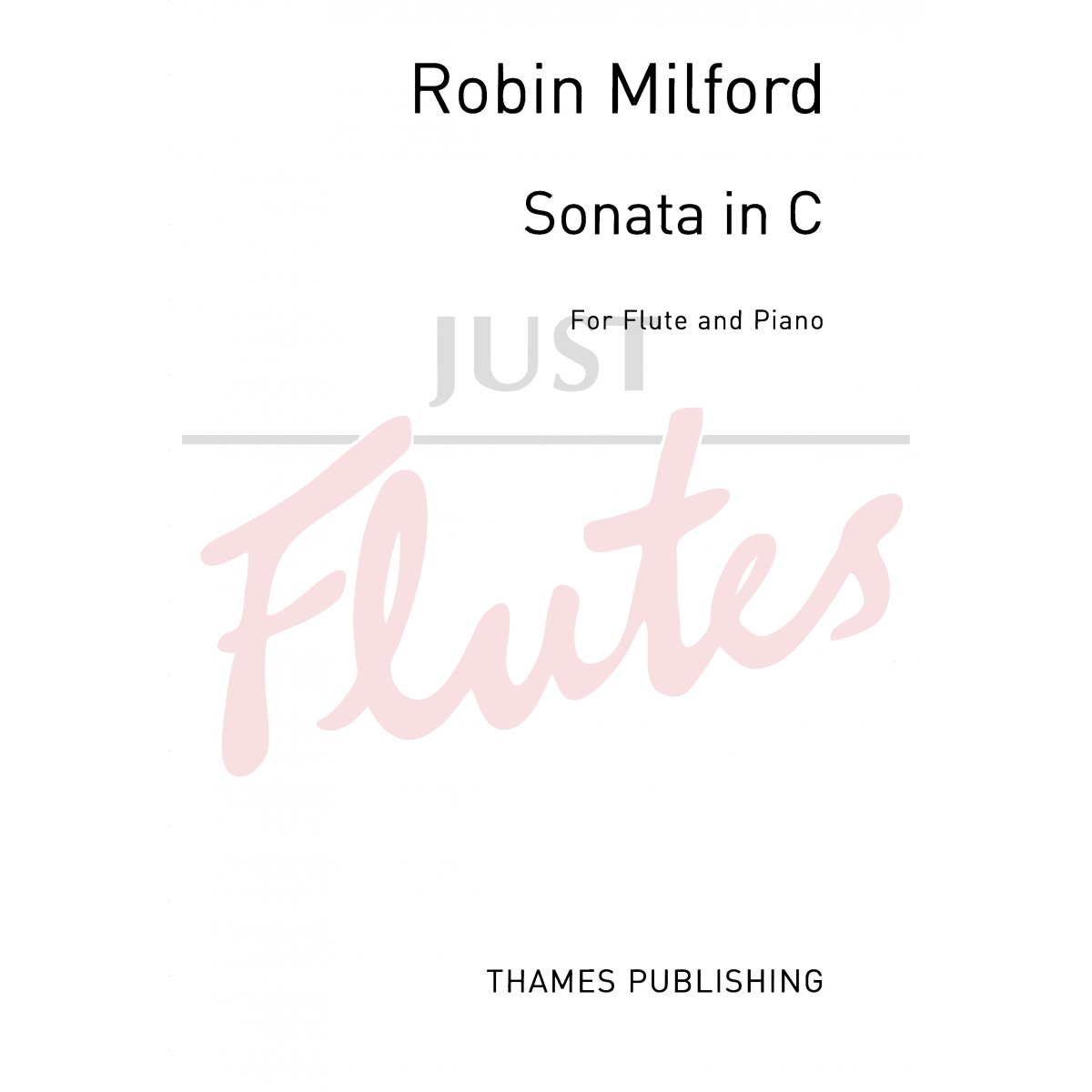 Sonata in C major for Flute and Piano

The Sonata in C major by Robin Milford is published by Thames. Written in 1944 it is a charming work, full of invention and character that could have only come from an English composer of that period. Milford studied with Vaughan Williams, and his illustrious teacher said of him - “If I wanted to show the intelligent foreigner something that could only have come out of England, I would show him some of the work of Milford”. Perhaps a slightly un-PC turn of phrase for the 21st century, but the sentiment is nonetheless very strong!

Robin Milford was a fascinating, though ultimately tragic figure in the music industry. He was the son of Humphrey Milford, founder of the Oxford University Press. He became very well-known as a composer of songs, many of which are still popular. His musical style is very definitely “English pastoral” - he refused to be swayed by European modernism, and ultimately this became his downfall, as his writing was seen to be more and more anachronistic for the period. He suffered from depression for most of his life - and the untimely death of his young son Barnaby at the age of just five must have been almost too much to bear. Eventually he took his own life in 1959, after having received the cruellest of requests from the OUP - he was required to collect all the unsold copies of his manuscripts from their warehouse.

Not the happiest of personal lives then, but his music radiates sunshine, albeit tinged with melancholy at moments. The Sonata in C is in three movements, the first full of sparkling motifs, gloriously melodic and singing second movement (this also exists as a standalone work called Interlude,  arranged for flute and strings).

The final movement might give the illusion of being like a jig, but it actually demands a much more measured approach to fully appreciate the details of the harmonies and invention. In Milford’s obituary one critic noted “his emotional range was limited”, though one rather more percipient observer wrote “his music is fresh - and it will come fresh to those of a future age”. I hope that age is now!