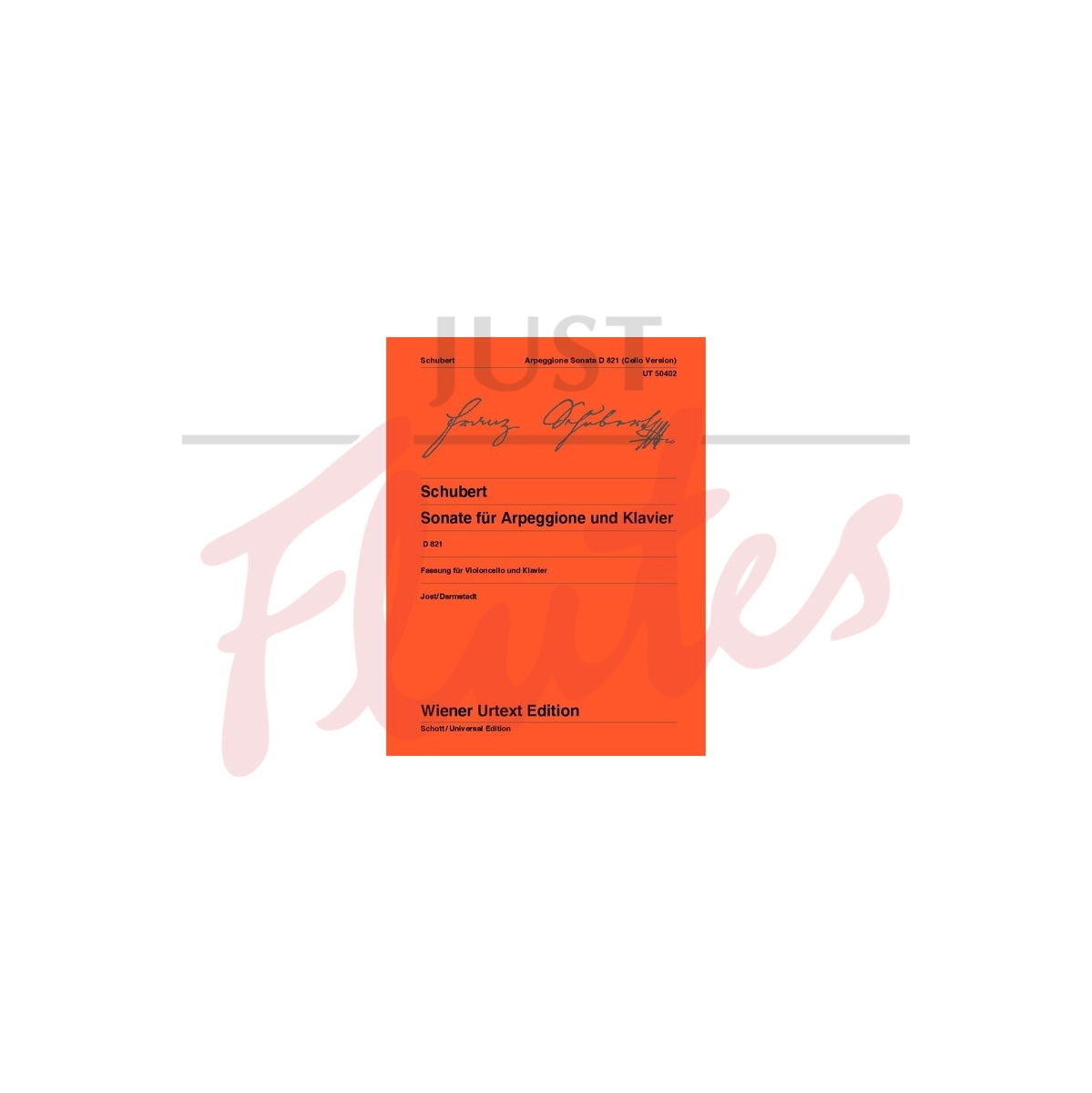 Sonata for Arpeggione and Piano [Cello and Piano], D821

Franz Schubert’s Sonata in A minor D. 821 was originally written for piano and arpeggione, an instrument of the 1820s combining features of the guitar and the cello. This instrument was in use for just a short period of time, so that the composition has now become standard repertoire for cello and piano, and this is the version presented here.A handwritten violin part in the hand of Anton Diabelli kept by the Bibliothèque Nationale in Paris, however, shows that the sonata’s arpeggione part was initially arranged for violin, long before the first print in 1871 introduced the well-known version for cello and piano. Wiener Urtext also publishes Diabelli’s arrangement for violin and piano in a separate edition.Both editions are essentially based on Schubert’s autograph, the cello part in principle relies on the first printed edition of 1871, the violin part is based on Diabelli’s arrangement.