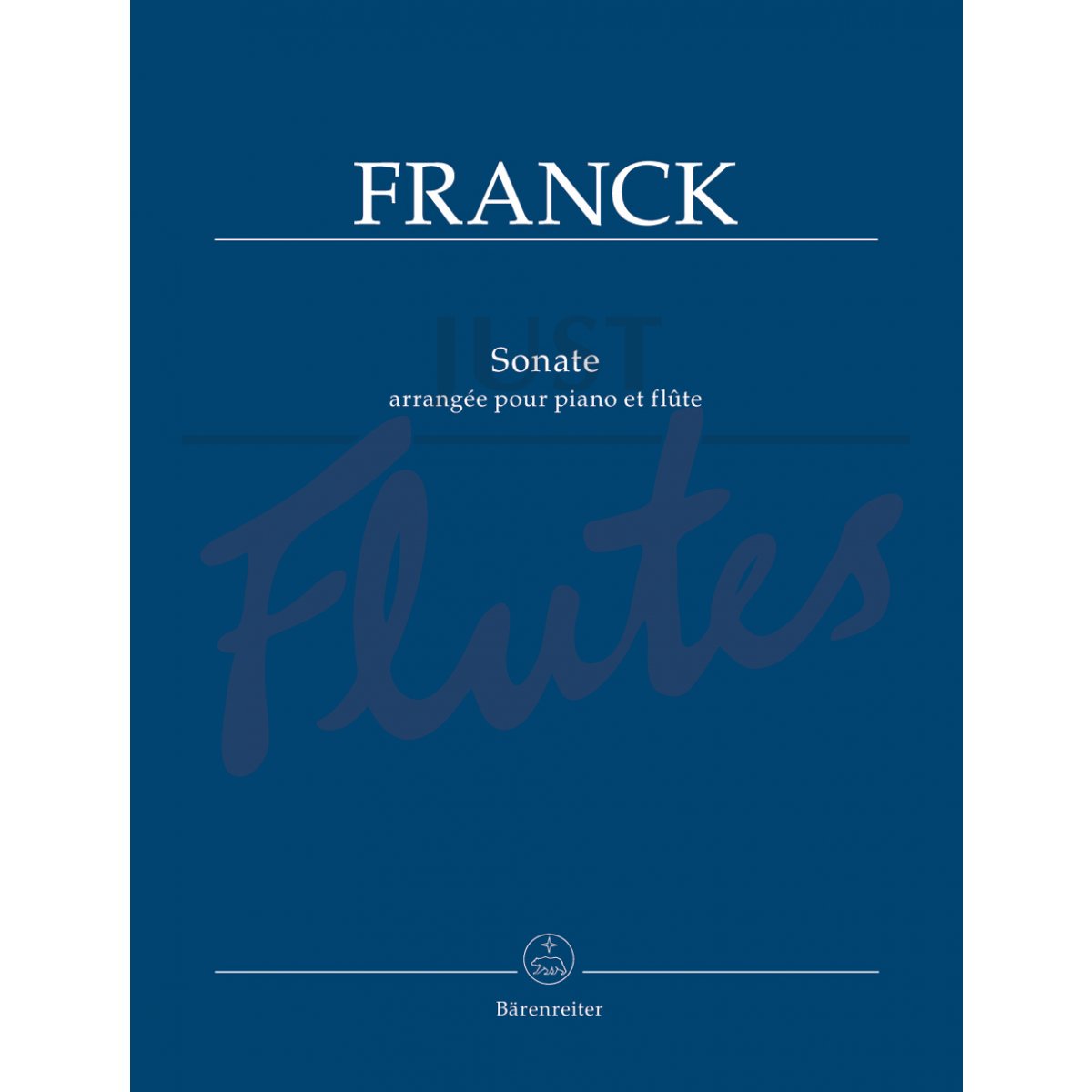 Sonata in A major (Piano and Flute)

Cesar Franck’s Sonata for Piano and Violin is one of the most treasured works in the violin repertoire, a masterpiece of cyclic form with a gracefulness and expressive force almost paradigmatic for the age of musical Romanticism. This work was composed in 1886 and was dedicated to the Belgian violinist and composer Eugène Ysaÿe.

After Franck’s death in 1890 the original publisher of the Sonata, the Parisian house Julien Hamelle, announced an arrangement of the work for flute in 1910. However it has not been possible to locate any copy of this publication. That the flute version of Franck’s Sonata has found a permanent place in the chamber music repertoire is primarily the achievement of Jean-Pierre Rampal who frequently performed his own arrangement of the work.

There were no idiomatic violin techniques to overcome, and the cantabile solo part, with its broadly arched melodies, seems perfectly natural on a wind instrument. The present flute arrangement largely adopts the original violin part unchanged, merely transposing those passages that go beneath the flute’s range. In such cases the change of register begins early enough to avoid disruptions to the melodic line and the musical context. The balance between the solo instrument and the (unaltered) piano accompaniment remains intact.

The edition is rounded off by an informative text on the genesis and reception history of the sonata (Ger/Fr/Eng).