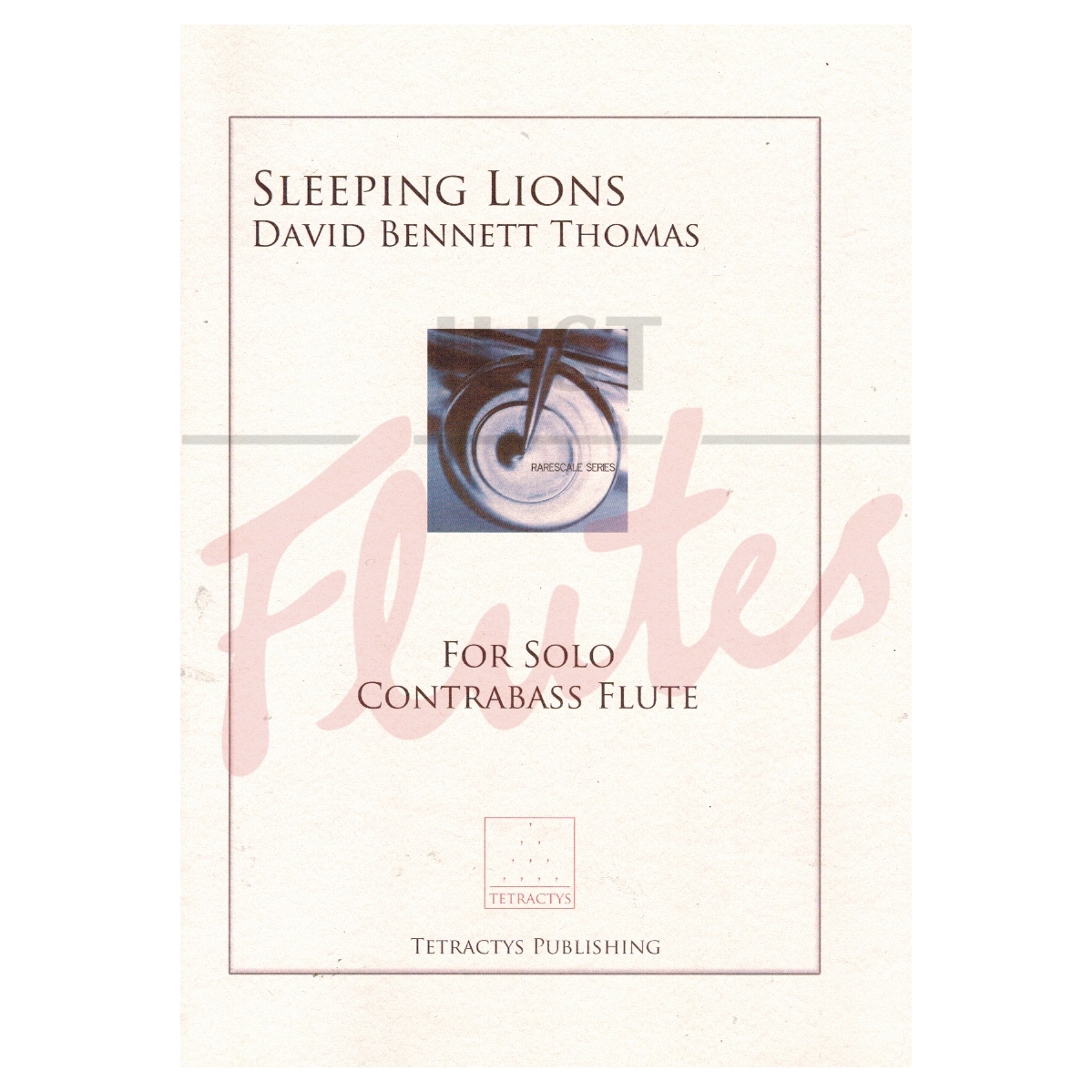 Sleeping Lions is another solo work of several I composed for British low-flute specialist Carla Rees. Because I am a bigger fan of the low range of the flute than the high range, I take each of these composition projects to heart. I composed several works for alto flute, but then I discovered her bass flute, and was delighted with it. I thought that I had reached the bottom end, until she mentioned her new contrabass flute a few months ago. I'm not sure where we go from here!

This piece was composed in preparation for the rarescale ensemble's summer school at Harlaxton Manor, in the lovely countryside of the U.K. I had a chance to work with Carla on the piece while I attended this euphoric week, and was able to have the piece premiered in the large, gothic castle that we called home. There were several sleeping lion statues on the property, guarding the estate, after whom this piece is titled.

The piece is in three connected sections, Slow-Fast-Slow, written (of course) to show off the colors and moods of this otherworldly instrument– sounds you won't hear anywhere else. I hope you enjoy it!