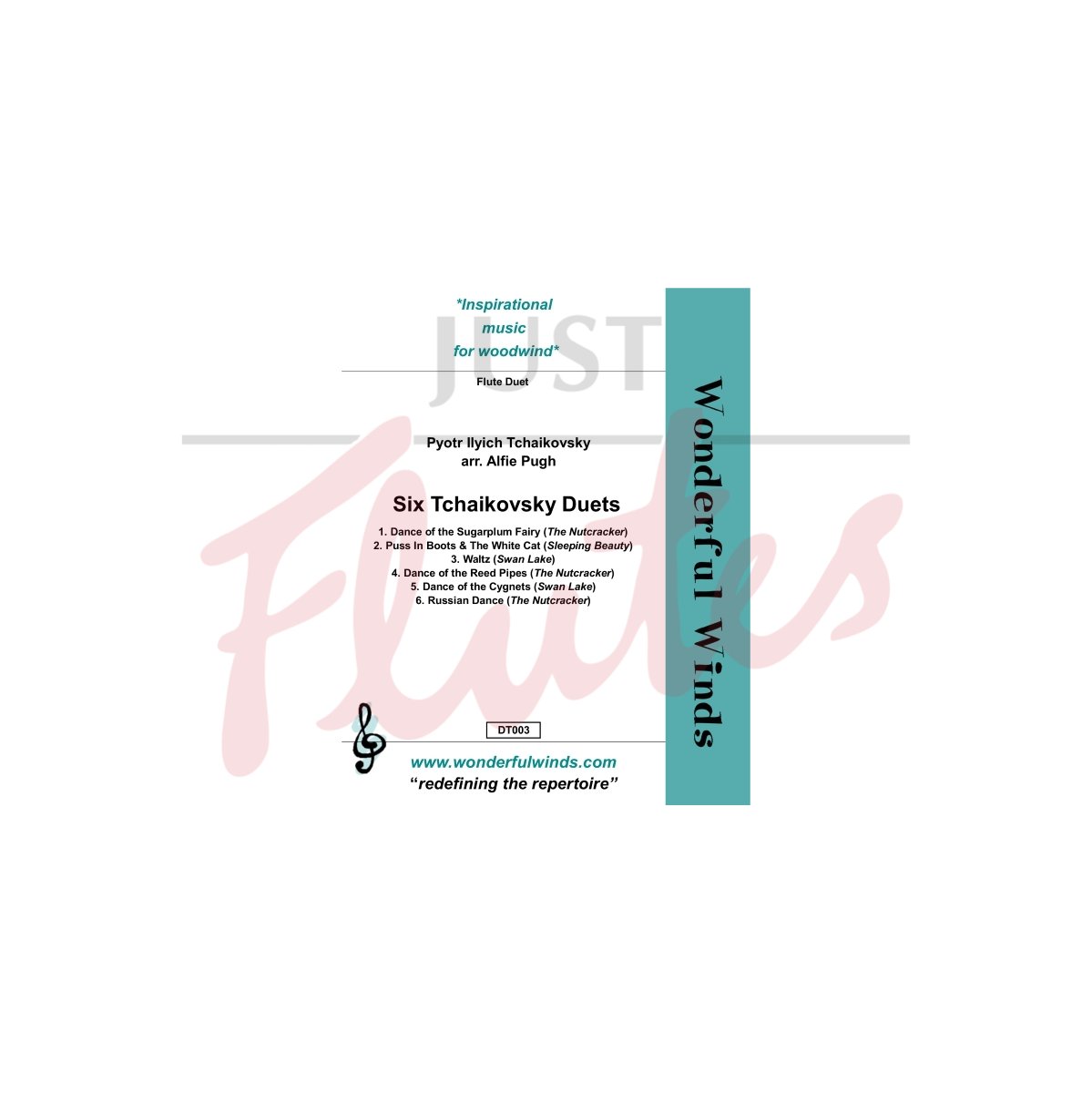 "Tchaikovsky's most popular works are his Ballet Suites (Swan Lake, Sleeping Beauty & The Nutcracker), which include a multitude of tunes that stand out amongst the entire repetoire of popular classics as perennial favourites. These six duets focus on passing the melodies - and more technical passages - between the two parts, resulting in a balanced experience for both players. Being dance tunes, the melodies often require a rhythmic accompaniment and where this is necessary, it is shared between the parts where possible, so both players get a go at the tunes.
Included alongside A-list pieces such as the Sugarplum Fairy and Swan Lake Waltz is the slightly less famous Puss In Boots dance from Sleeping Beauty. The arranger chose to include this pas-de-deux for its potential as a duet (albeit a challenging one), and for its creepier character, this being a result of Tchaikovsky's ambiguous and often unresolving harmonies. It is a welcome inclusion alongside the other blockbusters presented here."