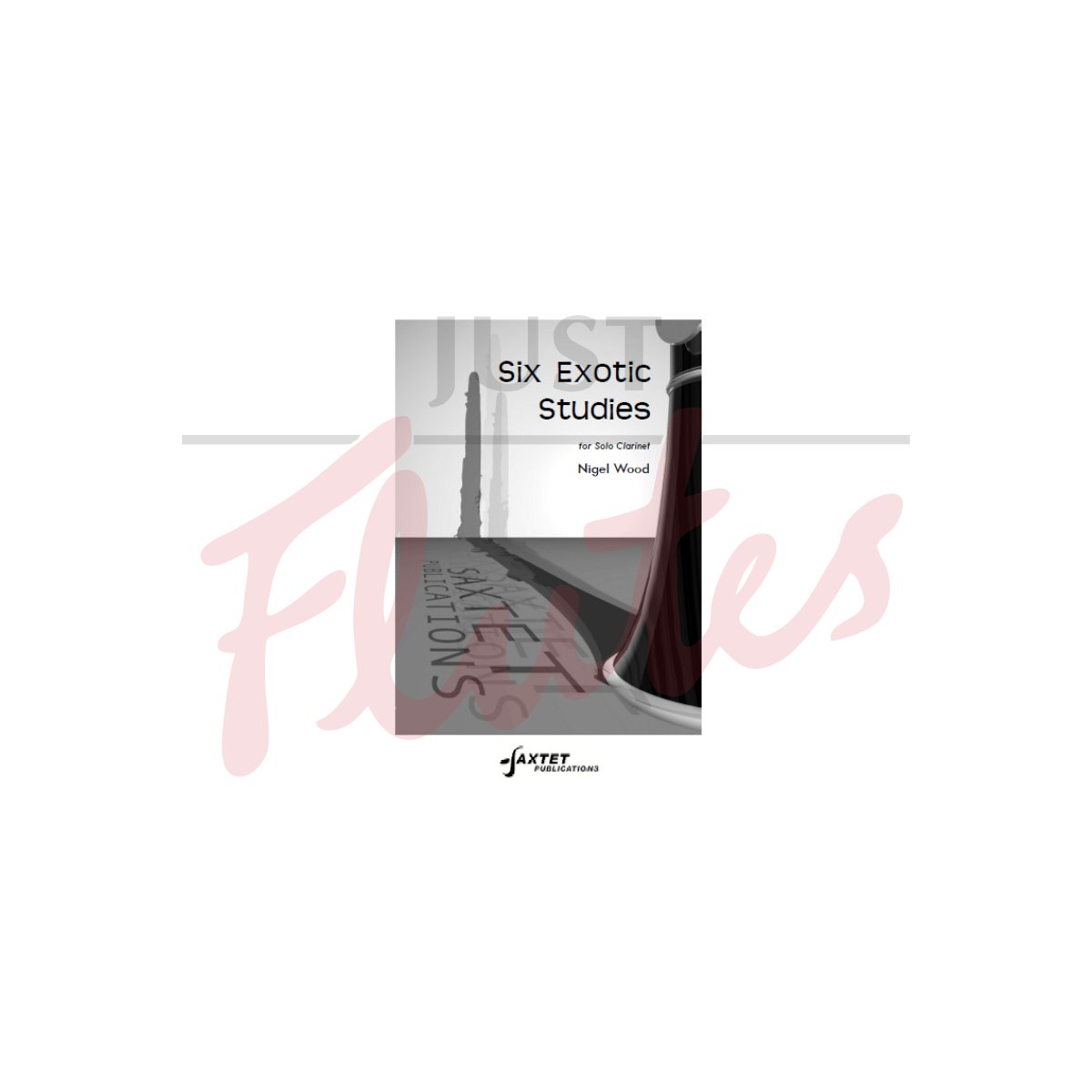 Nigel Wood was one of the first to study the saxophone at the Birmingham Conservatoire and after graduation, he joined the staff there to teach the instrument and helped to establish the conservatoire's saxophone exam syllabus. He was a founding member of the four piece 'Saxtet' and performing with them inspired him to compose for the instrument, both solo and in ensemble and then to publish his own and other's compositions under the name 'Saxtet Publications'. His work has been performed in the UK and abroad by acclaimed saxophonists such as John Harle and Gerard McChrystal and several of his pieces have been selected by ABRSM and TCL for their respective exam syllabi.

Each of Nigel Wood's 'Six Exotic Studies' is headed with comment which sets the place or mood of the music. They are challenging but accessible and progressive in difficulty, suitable for study and performance.