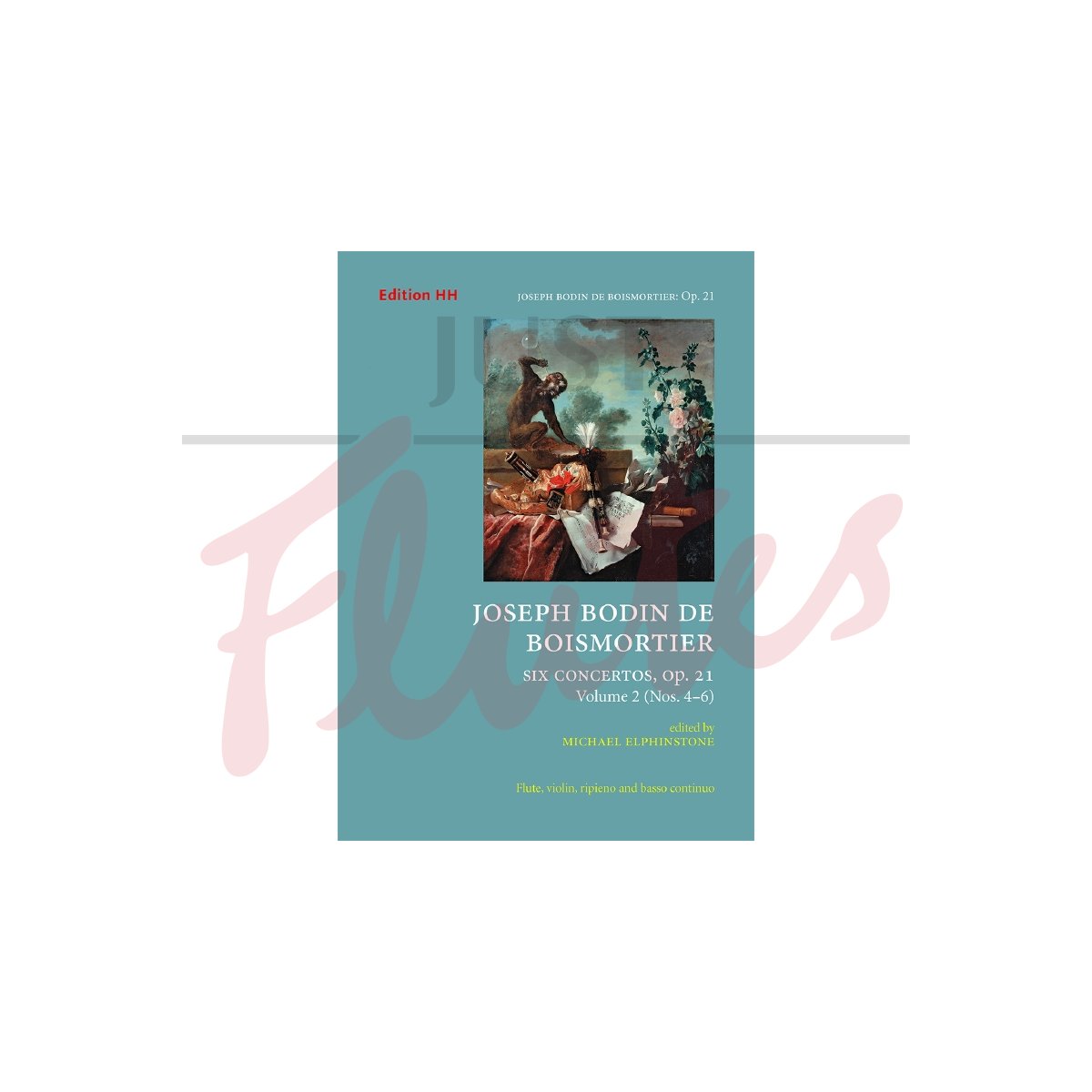 Boismortier’s Op. 21 was intended for a flute, a violin or second flute, and basso continuo (with a musette or recorder proposed as alternatives to the flute in Concerto No. 3), but the deliberately generic writing and limited range of the treble parts means that the works are playable on a variety of instruments. Boismortier has also provided an ‘ad lib’ ripieno part for a third (unspecified) treble instrument which mainly doubles the flute in the ritornellos; even though this part is optional, it does have independent music in two of the slow movements.

Notwithstanding the Op. 21 works bring to mind concertos by Telemann and Vivaldi for two or three solo instruments and continuo, it is questionable as to whether they were directly modelled on foreign ‘chamber concertos’. It is more likely that they are simply the result of Boismortier’s personal experimentation with the concerto genre as he found it. This is certainly implied by the innovative format of Op. 21, which was soon thereafter imitated by other French composers, most notably Michel Corrette with his Opp. 3 and 4.