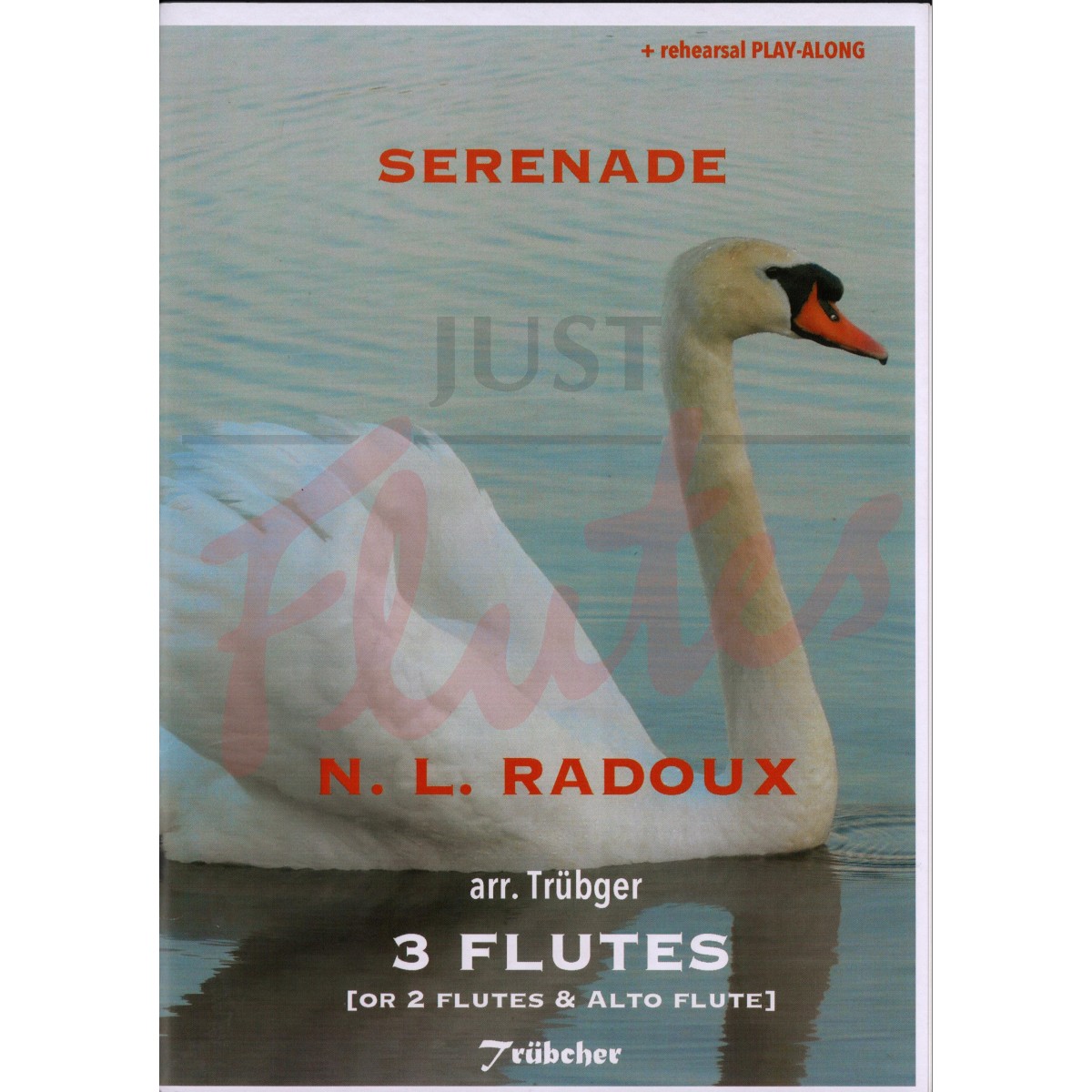 Roz's notes: This graceful, lilting music [originally for flute and piano] was recommended and introduced to me by flautist Kristien Van Loocke. It makes an effective transcription for 3 flutes that would be a charming addition to a student concert or any other programme. The third flute part mostly is required to play in the low range, may optionally be played on an altoflute.
Nicholas Radoux was a flute player from Begium, who performed in the UK for several years as flute 2/piccolo with a London orchestra and appearing with the Hillier Belgian String Quartet in the years 1898 - 1900. His concerts in London seem to have stopped after 1908 when was made professor of flute in Liege, Belgium.