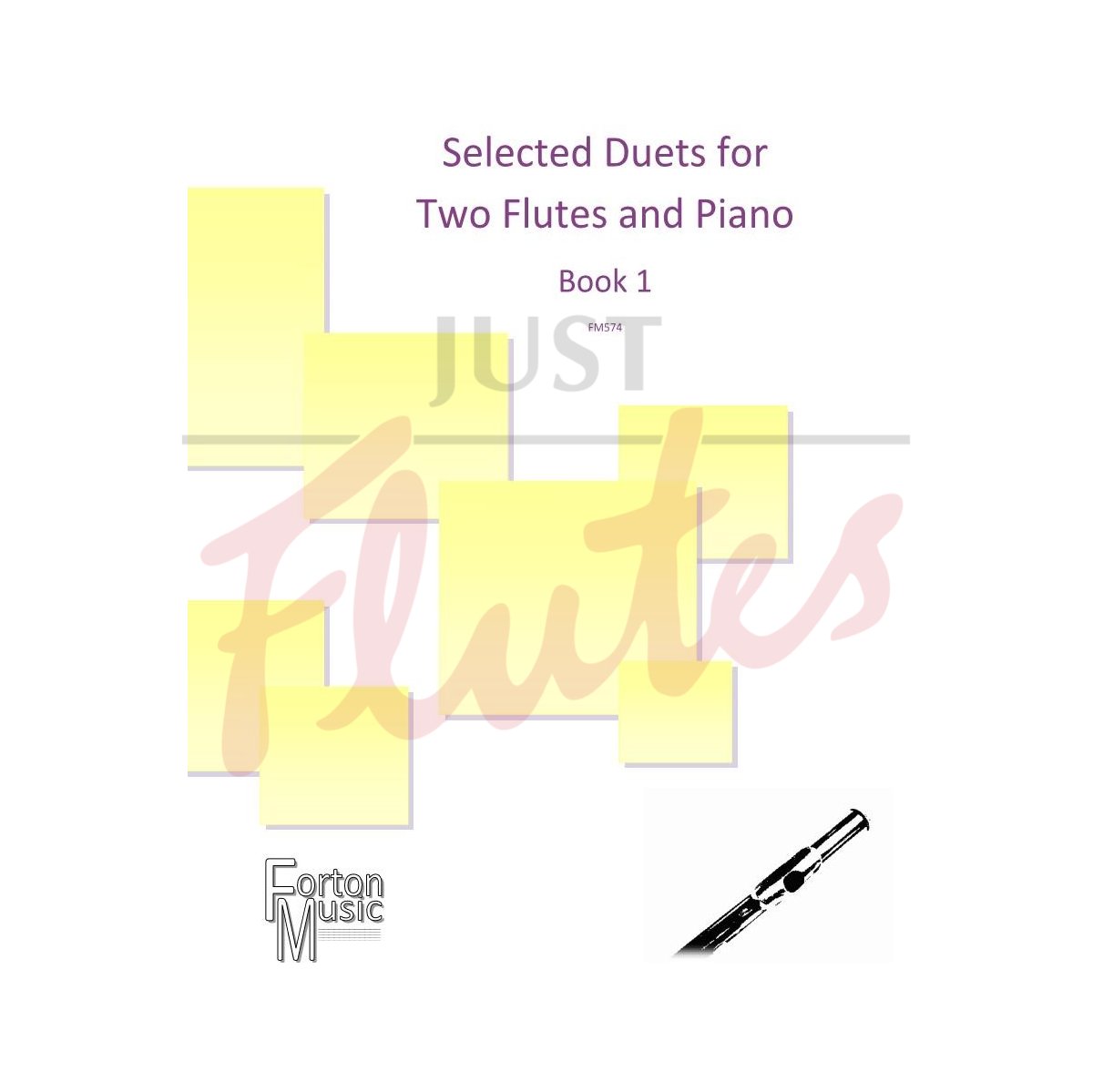 An album of music for two flutes and piano. New arrangements of old favourites, and lesser know pieces from well known composers.

Vivaldi  – Laudamus Te from Gloria.  Written around 1715, while Vivaldi was working at the Ospedale della Pieta, for whom he produced a lot of  instrumental and vocal music. A joyous celebration, as the name implies, with canonic entries, chains of suspensions and running melodic thirds.

Mozart – Divertimento K.136, 3rd mvmt.  The term ‘Divertimento’ can cover a wide range of compositions, from light, almost incidental music to more serious compositions. This movement of the Mozart divertimento K.136 (composed in 1772) is fast and fleet, with running semiquavers and interest in both parts.

Reinecke – Trio Op. 159 No. 1 2nd mvmt.  Carl Reinecke (1824-1910) was a musically gifted child, starting to compose when he was 7 and giving his first public piano recital when he was 12. He compositional output was vast, almost three hundred published works. His flute sonata ‘Undine’ is probably his best known work. This trio was originally written for violin, cello and piano, and is languid and sad.

Alphonse Catherine – Nocturne.  One of the lesser known French composers who specialised in romantic flute music. Languid and sleepy, rising to an impassioned climax before dying away again.

Robert Rainford – Hornpipe.  Fast and lively, each flute has it’s own tune which then combine for a grand finale.