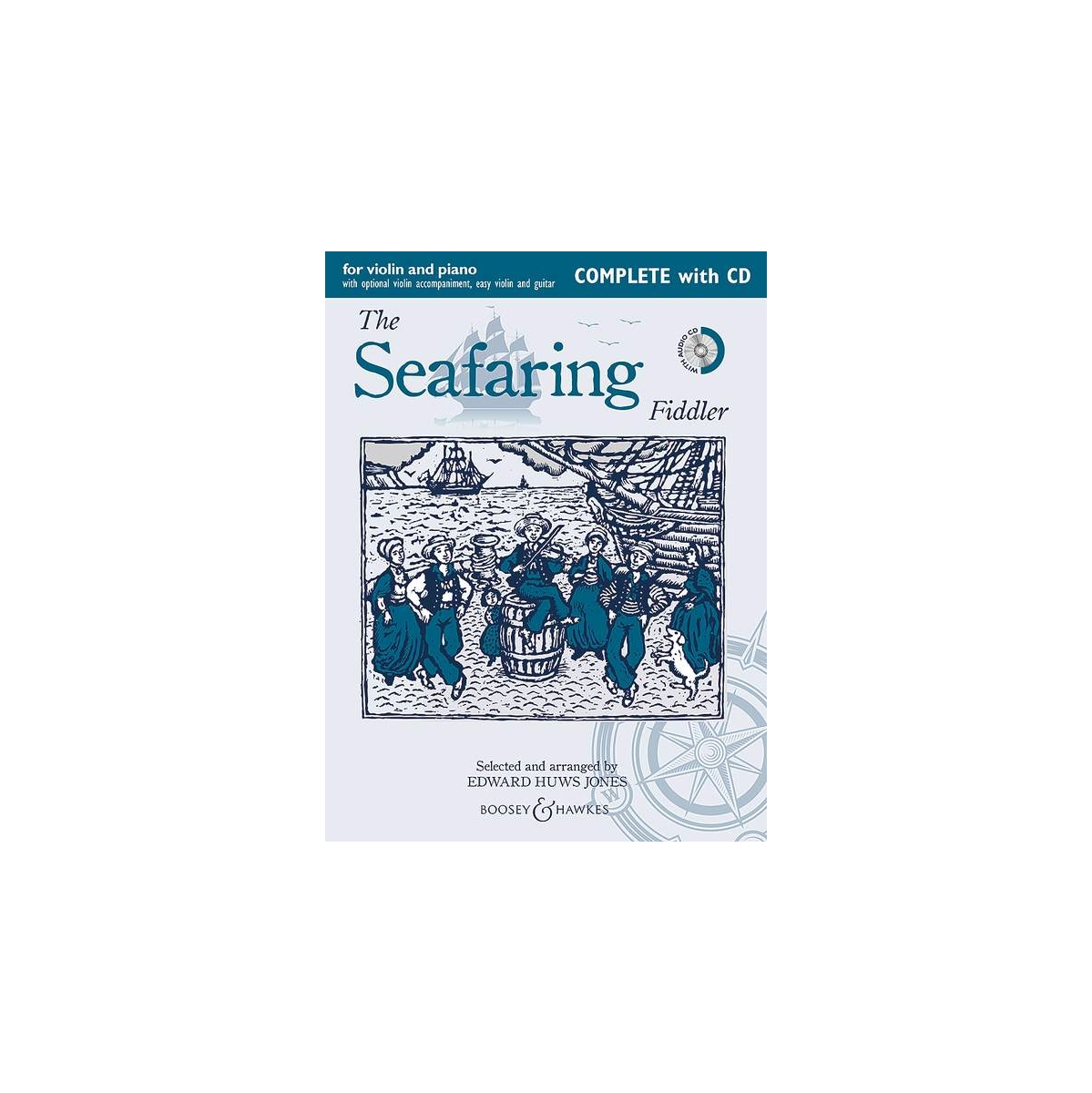 22 fiddle tunes from the golden age of sail, featuring dance tunes, shanties (work songs), recreational ‘forebitters’ and composed melodies which give the landlubber’s take on the romance of the sea. Edward Huws Jones explains that “during the heyday of sail, the busiest sea-routes of all were the North Atlantic crossings, especially between Liverpool and the American cotton ports; it was the heady mixture of African-American and Irish music which gave birth to the mid-century flowering of the sea shanty. Meanwhile English-speaking vessels were sailing to the Cape, India, Australia and many other far-flung destinations, carrying a two-way traffic of song and dance.” The tunes in this collection can all be played as unaccompanied fiddle tunes, which is how they would have been played in the days of sail. But as in other books in the Fiddler series, the flexible format allows a wide variety of different combinations and ensembles. Suitable for intermediate and elementary standard performers.