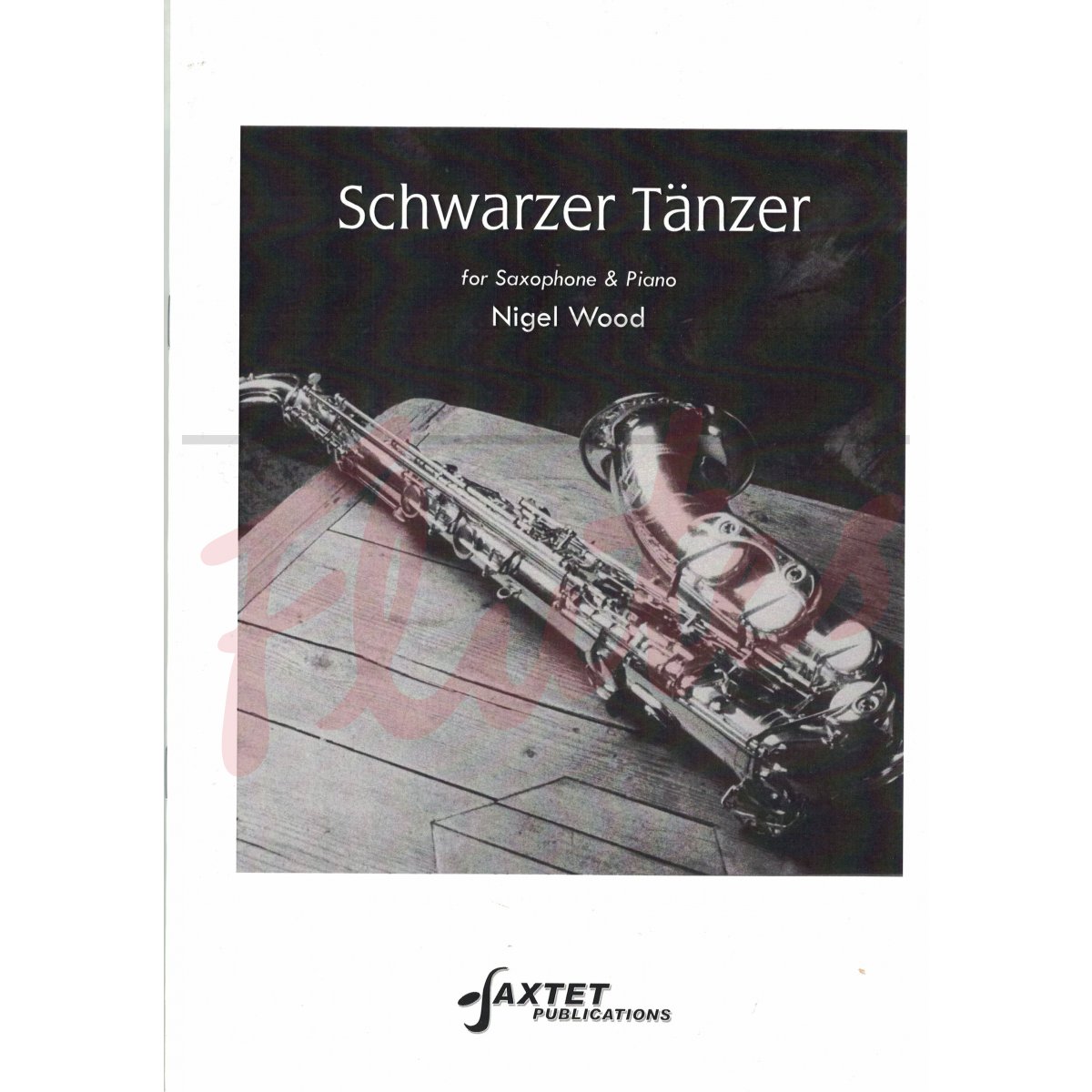 This was written for Christopher Boatwright, a principal male dancer with the Stuttgart Ballet - one of the first black dancers to achieve recognition at this level in Germany. Much to his frustration, media coverage of his performances focused on his colour rather than his talent. When he wanted a piece of music that could be choreographed, I avoided ethnic music clichés (despite the title, which means “black dancer”) and went for a Germanic fusion of Weil and oompah band.

The sax and piano version is the original one. While my sax quintet 'Saxtet' was busking in Germany I re-arranged it for saxophone quintet which was eventually recorded on the CD ‘Safer Sax’. Its popularity led to its regular inclusion in concert programmes and its performance at the World Saxophone Congress in Italy in 1992.

Although Schwarzer Tänzer has been musically performed many times, the dancer’s untimely death means that it remains undanced.