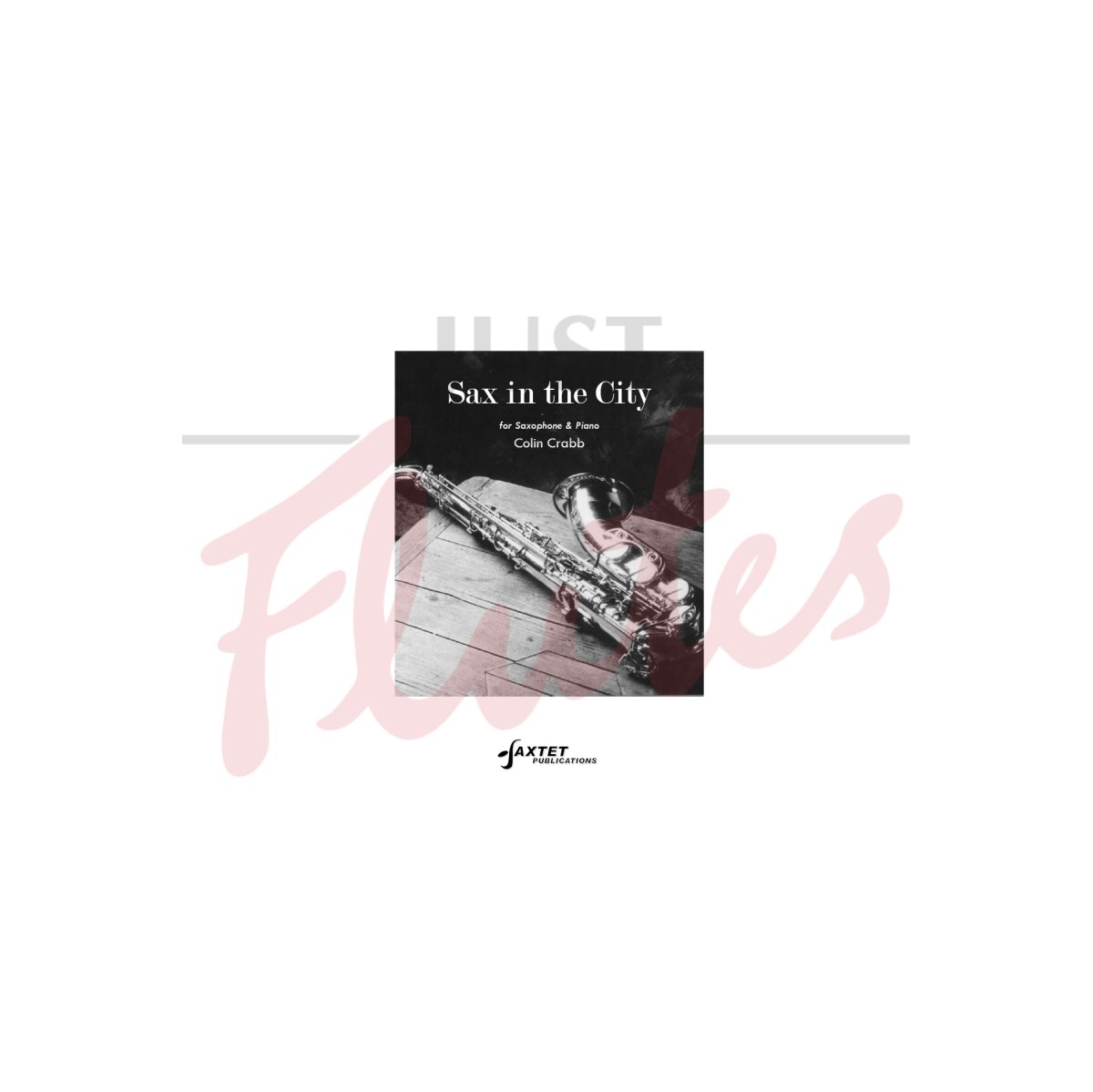 Sax in the City

Having started on the clarinet at the age of eight, Colin Crabbe moved on to the saxophone five years later when he was influenced by 'West Coast' jazz - Dave Brubeck, Gerry Mulligan and Gil Evans, and the sax playing of Paul Desmond and Stan Getz. At the Royal Academy of Music he was taught saxophone by John Dankworth and clarinet by Alan Hacker and by the mid 1970's was a staff musician with the BBC Midland Radio Orchestra. It was at that time that Colin Crabbe joined Nigel Wood and Jan Steele as founder members of the group 'Saxtet'. He has also worked with a number of leading orchestras and bands and accompanied well known singers including Peggy Lee, Cleo Laine and Shirley Bassey. Having tutored the saxophone at Birmingham Conservatoire, he is now teaching the instrument at all levels, concentrating on jazz improvisation.

In 2004 Colin Crabbe decided to devote more time to composing, and this resulted in the publication of 'Sax in the City' the following year. It began as a piece called 'Salsa para Lauren' and was written to illustrate salsa to an outstanding pupil. The name was changed when it was noticed that the 'Montuno' section of the piece, between letters A & B, resembled the signature tune of a certain TV series and it first appeared under that title as a saxophone quartet. The saxophone and piano version followed, with parts in Eb and Bb. In his performance notes, the composer stresses the importance of accurate articulation to bring out the salsa style and in having fun playing it.

'Sax In The City' started out as a piece called 'Salsa para Lauren'. It was written to illustrate the salsa genre to an outstanding pupil who needed some help in understanding compositional technique.

It was later noticed that the Montuno section between letters A and B bore a passing resemblance to the signature tune from a certain TV series and so it was decided to change the name with a view to publishing the piece as a saxophone quartet.

Following the success of the sax quartet version, I was asked to arrange 'Sax In The City' for sax & piano.  Eb and Bb parts are included, although only the Eb part is displayed on the piano score.