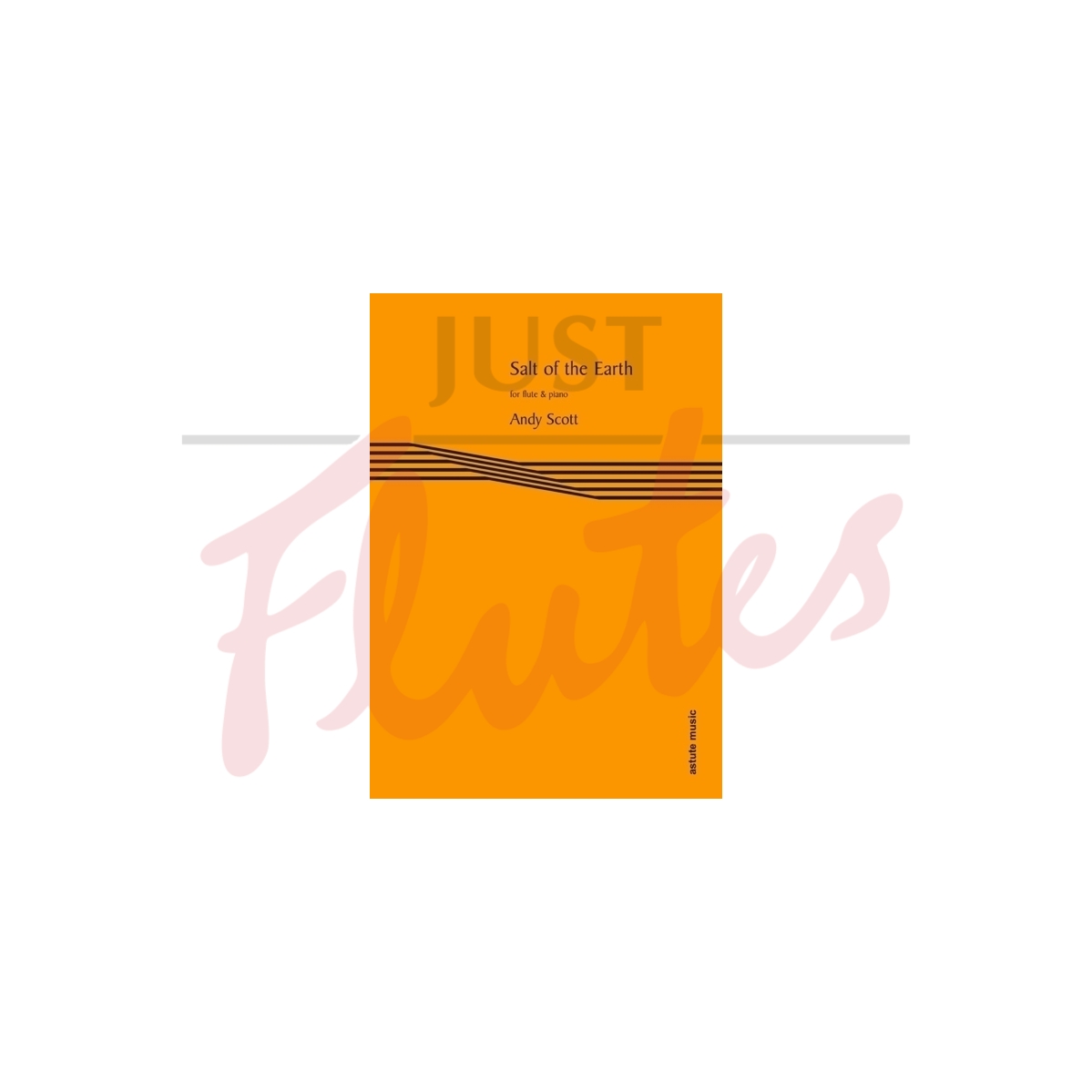 Salt of the Earth [Flute and Piano]

Salt of the Earth started life as a three-movement Concerto for Tuba with Brass Band! The composer has arranged both movements two & three for a number of ensembles and soloists, whilst the Concerto as a whole remains exclusive to the tuba.

Influenced heavily by jazz & latin music, the form of the original third movement has been extended whilst arranging the piece for Flute & Piano. In addition a montuno feel is introduced in the piano part (B section), and the flute part is virtuosic and unrelenting.

Recorded by Clare Southworth & Tim Carey on the CD The Bad Tempered Flute – The Flute Music of Andy Scott (Nimbus Alliance NI 6156), Salt of the Earth was premiered by Paul Edmund-Davies & Gabriel Sanchez at the National Flute Association Convention 2011, Charlotte, USA, in August 2011.