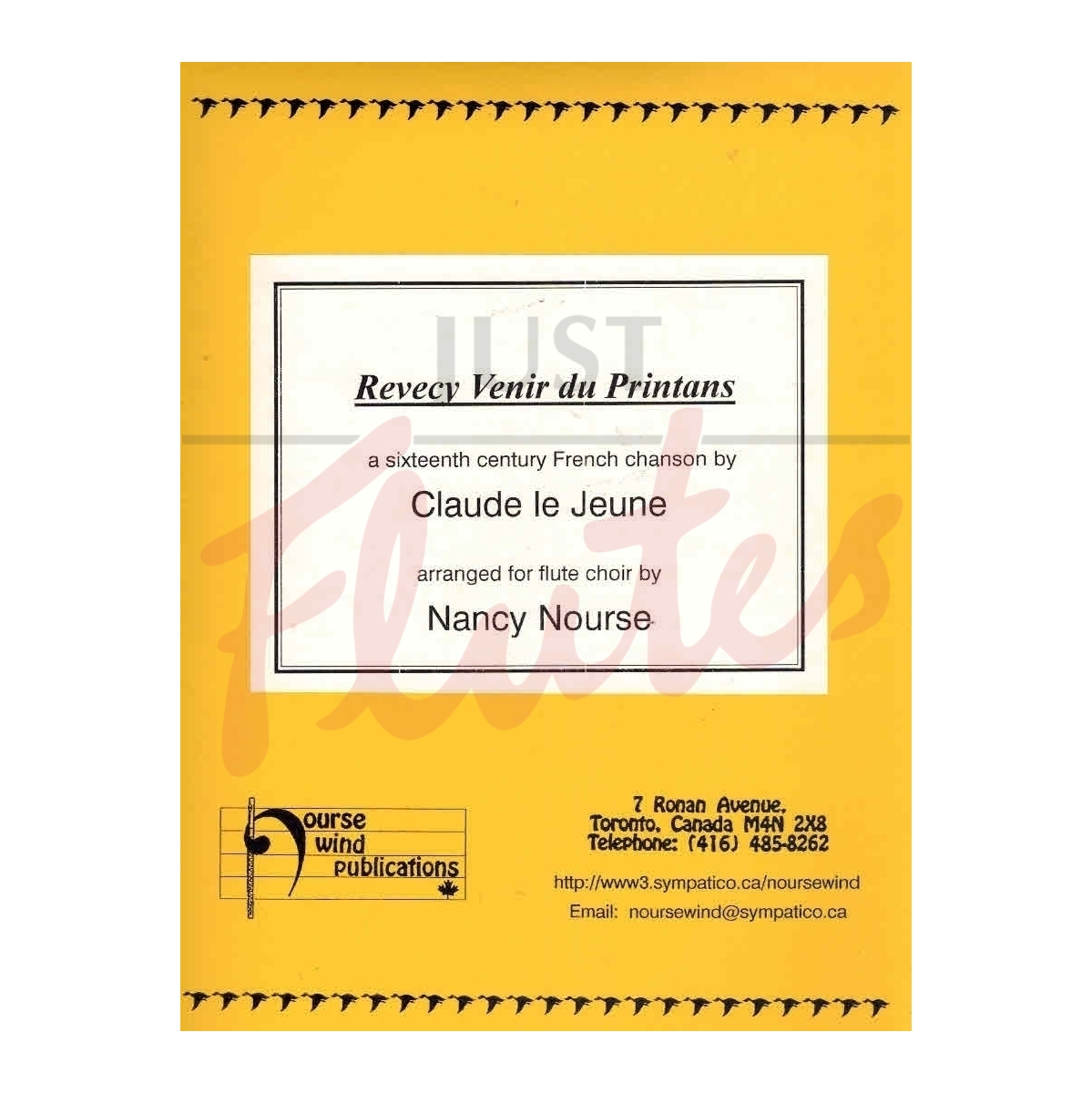 Claude Le Jeune, a Franco-Belgian composer of psalm settings, instrumental pieces as well as popular chansons, enjoyed considerable recognition as a composer during his lifetime. In John Hawkin’s A General History of the Science and Practice of Music, published in 1776, he is credited with magical powers through his extraordinary knowledge and handling of the modes. Three years after Claude Le Jeune’s death in 1600, his sister Cecile Le Jeune edited and published in in Paris a collection of 39 chansons for two to eight voices entitled Le Printemps. Revecy venir du Printans, arranged here for flute choir by Nancy Nourse, is typical of the Parisian chanson genre in its formal outline (also derived from classical prosody) of the alternation of a short refrain with verses.