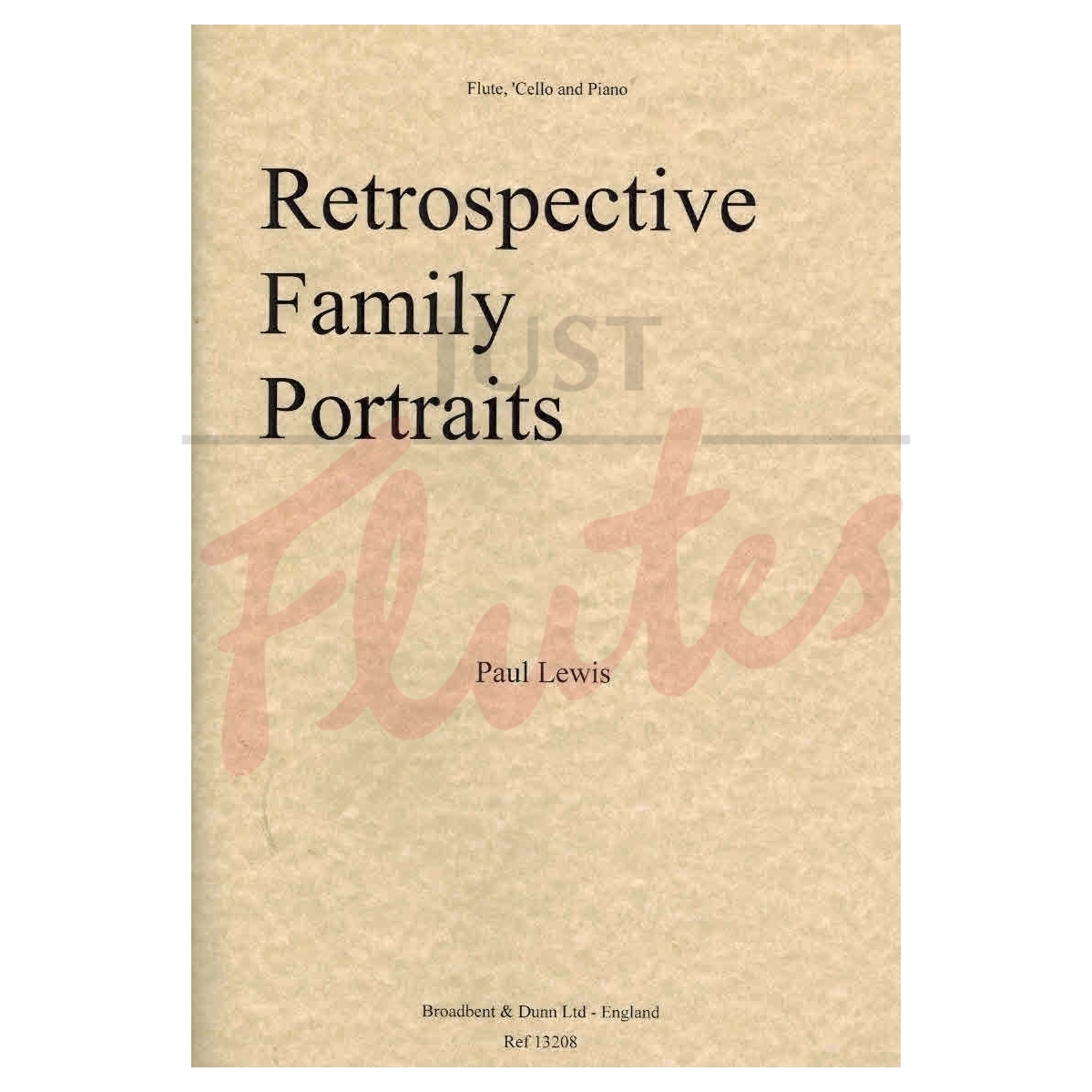 Retrospective Family Portraits, written in 2002, four and a half years after the composer and his former wife parted company, is a deeply felt work. Lyrical and joyful but with an emotional sting in the tail, it is idiomatically written for the three instruments in the composer's usual Anglo-French melodic style. The three movements are: Kim - the family dog - a white Boxer, pictured galumphing along Somerset country lanes before taking off across the fields in joyful pursuit of rabbits and moles, finally returning home to sink exhausted into her basket. Genevieve - the composer's former wife - French, blonde, gracious, artistic and a wonderful cook, though not without her more enigmatic moments. Rowena - the composer's daughter - memories of the young Rowena on happy holidays in France pervade the music until, without warning, the mood changes towards the end composer and daughter had not met since the family break-up four and a half years previously, and the music calls out Rowena's