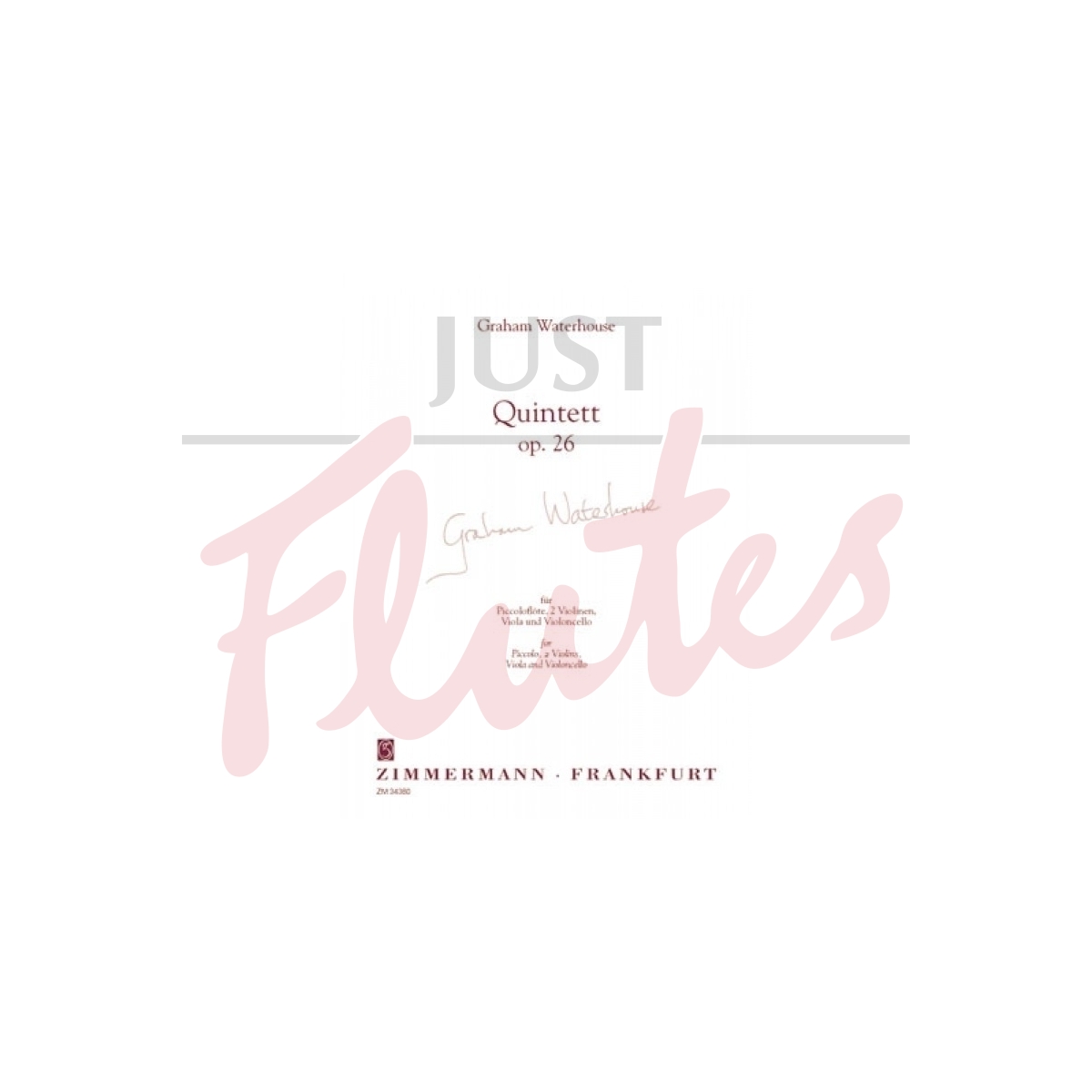 The Quintet was written in 1989 on the initiative of the lady piccolo player of the Schleswig-Holstein Festival Orchestra. The first performance was at a private concert in London on New Year's Day 1990. The idea was to create a chamber music work in which the piccolo part would be integrated as far as possible with the texture of the strings, in a similar way to the works for clarinet quintet. At times, however, the wide differences of tessitura between the piccolo and the strings is exploited for special textural and harmonic effects. Occasional bitonal elements between the piccolo and strings, for instance, take on a new guise due to the wide distance between the octaves. The work is in sonata form preceded by a slow introduction which recurs in varied form towards the end of the work. A coda, not without a touch of virtuosity, brings the work to a close.